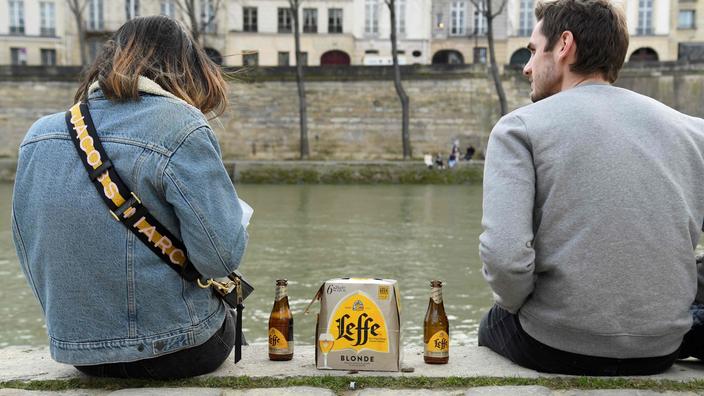 Friends fined for drinking rosé on the beach, bars and restaurants that can no longer sell alcohol to take away … Many French people consider the government’s measures absurd and unfair.

Consumption on public roads is prohibited throughout France. The objective of this measure is “to prevent any gathering and try to limit the circulation of the coronavirus epidemic », Announced Thursday Jean Castex in front of the National Assembly. A decision which generates controls for which many French people were not prepared.

Read also :“What I do is illegal, not immoral”: in illegal restaurants, French people in search of “normality”

This Sunday, three friends were fined 135 euros each for drinking a bottle of wine on the beach near Montpellier. In Paris, along the Canal Saint-Martin, this measure obliges the police to check what people drink on the public highway. A mission not always easy to carry out and which arouses the surprise of many citizens.

Others do not live with this alcohol stigma: “How does drinking alcohol hinder the fight against Covid?” a surfer protests.

But that’s not all. The sale of take-out alcohol has also been banned since Sunday morning. Bars and restaurants can no longer sell take-out draft beers, but neither can closed bottles. A measure deemed absurd and unfair by restaurateurs and bar owners.

“We understand the ban on selling by the glass, it is understandable. But, we cannot prohibit in bars and restaurants the sale of closed bottles while it is authorized in the convenience stores next door. We ask the government to modify the text so that it is egalitarian between the different actors», Claims Franck Trouet, General Delegate Île-de-France of the National Group of Independent Hotels and Restaurants. The only exception: restaurants can sell alcohol as long as a menu is ordered with it.

The objective of this measure is to limit the crowds in front of bars or restaurants which had multiplied in recent weeks. “It is true that there are more rarely gatherings in front of supermarkets than in front of cafes, but this will further strengthen the sale in mini-markets. This is quite unfair because because of some restaurateurs who have not managed to manage the situation, the others are penalized», Deplores Pascal Mousse, Île-de-France general secretary of GNI.

“The problem is that the managers of these establishments cannot police and force customers off the street.», Adds Franck Trouet. Some bars have had no choice but to close their doors since the passage of this measure: “ It was the little activity they had left », He explains.

Read also :Clandestine social dinners: a criminal investigation is opened, the accuser of the ministers denies himself

Crowds in front of bars and restaurants will be avoided thanks to this new national measure, but the question of regrouping in tourist or bustling places in large cities falls under the decision of the prefects.

“By prefectural decree, and in conjunction with the mayors, access to certain sites suitable for outdoor gatherings, such as quays, banks, squares, may be prohibited depending on local circumstances.“, Added Jean Castex. Because beyond alcohol, it is the question of grouping that is targeted. In Lyon, the prefect prohibited access to the banks of the Saône until May 2. Other meeting places could be closed soon …