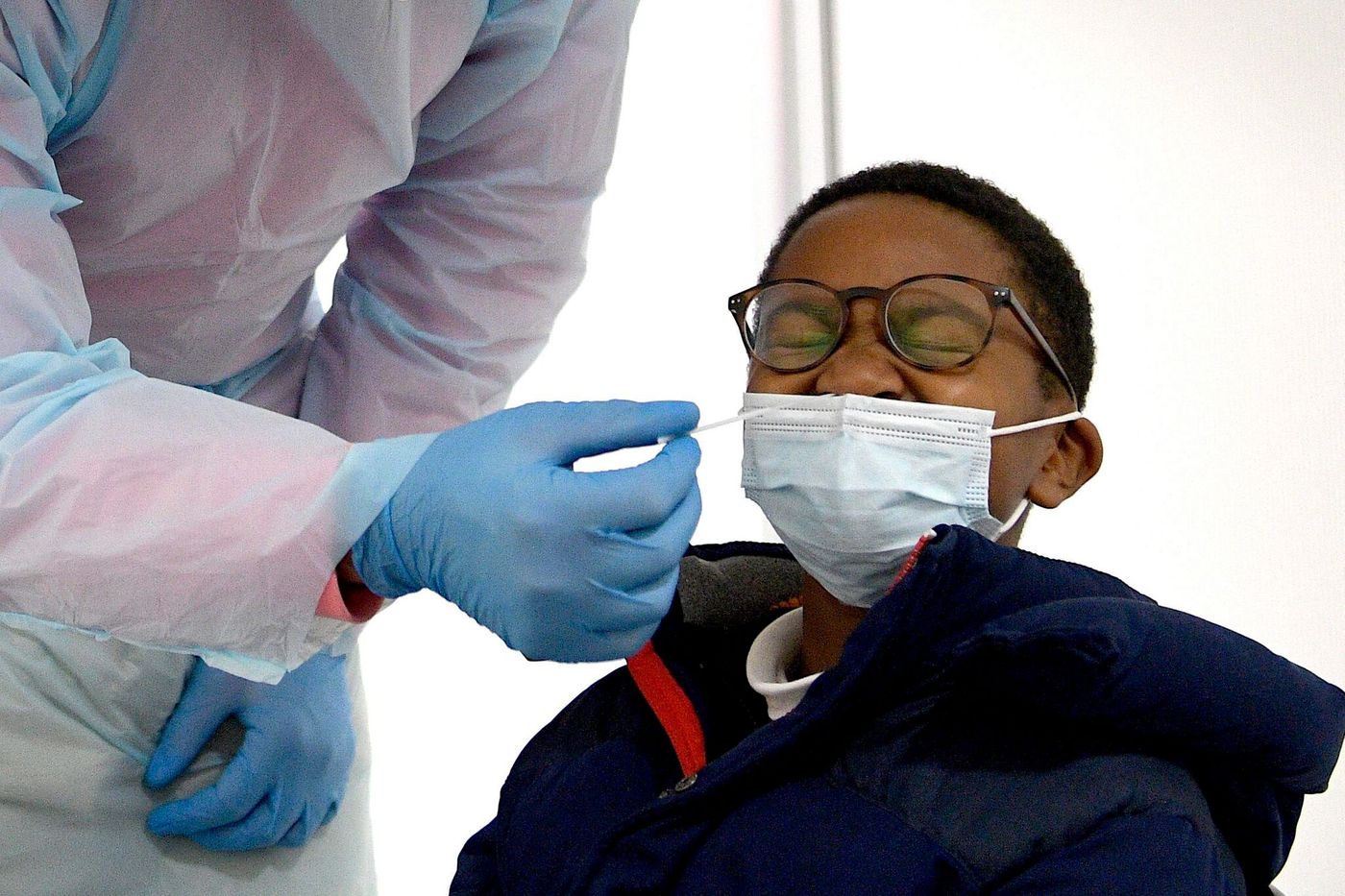 In two years of health crisis, Pierre-Olivier Variot had never seen this. “Last week, we tested almost all the kindergarten and primary students in the city. And we are good to start again this week, ” blows the president of the Union of Community Pharmacists (USPO), stationed in Plombières-lès-Dijon (Côte-d’Or).

→ READ. Covid-19: Jean Castex announces a simplification of the health protocol at school

The health regulations at school may have been lightened at the end of the week, the pupils with contact cases are still required to carry out an antigen test on “D + 0” if they want to be able to return to class the next day. Results, “some pharmacies see 40 students arriving at once, reports David Abenhaïm, head of the Pharmabest group. The teams are tired, stressed by these incessant protocol changes. »

Never have the French been tested so much

As for customers, they must arm themselves with patience. Because to the long queues in front of pharmacies and laboratories are added the “bugs” of the Sidep platform, the national screening information system, lengthening the delays in obtaining their results. “From 5 p.m., it’s no longer worth trying, assures Pierre-Olivier Variot, the site is blocked. »

Overheated and for good reason: never have the French been so tested as at the start of the year. Between December 31, 2021 and January 6, 2022, 9.5 million PCR and antigen tests were carried out, including a quarter in children – and not counting self-tests, which the French also use massively.. “It was still playable during the holidays, but there, it becomes excessively complicated”, continues the president of the USPO, who says he is forced to do the “sorting” between customers to avoid“embolism”. “It earns me insults, but when there are too many people, I favor sick people or contact cases. The non-vaccinated who need to be tested to go to the restaurant come after”, he assumes.

“Hundreds of screening centers” soon to be up and running

Announced on Sunday by government spokesman Gabriel Attal, the upcoming opening of “hundreds of screening centers” should facilitate access to testing. But, beyond capacities, it is the very meaning of this massive screening that raises questions, while “exhaustion threatens all health professionals», underlines Michèle Legeas, teacher at the School of Advanced Studies in Public Health (EHESP).

→ EXPLANATION. Covid-19: how the Omicron variant weakens the vaccine strategy

“We have fallen back into logic a bit: I get tested before going to see my friends or my grandmother, she laments. Not only does this put a strain on the healthcare system, but it is not a guarantee, because you can be negative one day and positive the next day”, insists this specialist in health risk management, for whom “the logic to test, trace, isolate” reaches its limits.

Herself a contact case at the time of the end of the year celebrations, she only obtained an appointment for a PCR five days after her exposure to the virus. As for Medicare, she never joined. Nothing surprising according to Yannick Simonin. “For Medicare to effectively trace contact cases, there must not be more than 5,000 contaminations per day, recalls this virologist at the University of Montpellier. With 300,000 cases per day, this strategy is no longer tenable, unless thousands of personnel are assigned to this operation. »

According to the Minister of Health Olivier Véran, “10% of the French population is a contact case”. Unable to call as many people, Medicare set up, at the beginning of December, the sending of automatic SMS, recalling the isolation measures and referring to the instructions available on the Ameli.fr site. “It allows us to make mass”, says Margot Godart, director of the “contact tracing” at the Hauts-de-Seine CPAM.

In this department, where the incidence rate is close to 1,500 cases per 100,000 inhabitants, 110 telephone advisers, the majority of whom are on fixed-term contracts, work full-time, seven days a week. “In one month, we went from 500 to 2,500 calls per day, says Margot Godart. Recruitment is still underway, but thousands of tracers would be needed to cope with the increase in the number of daily zero patients. »

Also logics of prioritizations were imposed. “Currently, the agents mainly call people who do not have a known mobile phone, potentially elderly or digitally distant people, but also people who are not or not fully vaccinated”, reports platform manager Véronique Quintanna. Outgoing calls being reduced, his “brigade” is more dedicated to incoming calls. Those of the insured concerned or unable to recover their sick leave.“They need explanations but also to be reassured”, emphasizes Margot Godart. The others are autonomous and find information on official sites. »

Test so as not to be “blind”

Autonomous, maybe, but not necessarily “responsible”, dreads Michèle Legeas. “The risk is that people who are not called say to themselves that they are calm and can continue their lives as before”, she warns. Not so sure, according to Dr. Thomas Hottier, for whom “Most people don’t need a phone call to know they need to self-isolate. As for those who have decided not to follow the rules, it is not a call from the Secu that will change the situation., says this biologist, general manager of the Inovie laboratory group.

At a time when some doctors are calling for the tests to be eased, warns him of the risk of becoming “blind” on virus circulation. “No, mass screening is not a panacea, and yes, it costs money, but without Sidep data, there is no more visibility and no more anticipation possible”, warn the doctor, for whom “the current strategy must undoubtedly be adapted but above all not let go”.

“It is up to positive people to respect isolation”

This is also what Yannick Simonin defends, fearing that the Omicron variant will hold unpleasant surprises in the hospital. “For the moment, it does not generate more stays in intensive care. But the more the number of cases increases, the more the hospital risks overloading, especially since Delta is still circulating, emphasizes the virologist. To be tested is to have the possibility of being diagnosed and therefore of isolating oneself. Health insurance cannot keep up with the pace, it is up to positive people to respect the isolation measures and to warn those around them themselves. »

→ ANALYSIS. Covid-19: the Omicron variant would be less dangerous because it affects the lungs less

Individual responsibility is also what Medicare is counting on. “A year ago, some people were crying on the phone when they were told they had contact cases, they were panicked, remembers Margot Godart. Today, the population knows what this means and has integrated the isolation measures. »

The explosion of contamination

This progression is largely due to the contagiousness of Omicron. According to the founder of the CovidTracker.fr site, this variant could be the cause of 85.7% of positive cases in France. This percentage corresponds to the proportion of screened tests not having the L452R mutation, associated with Delta.

As of January 5, 20,688 people were hospitalized for Covid, including 3,695 in the intensive care unit, i.e. 7% more in one week. These patients currently occupy nearly three-quarters of intensive care beds.