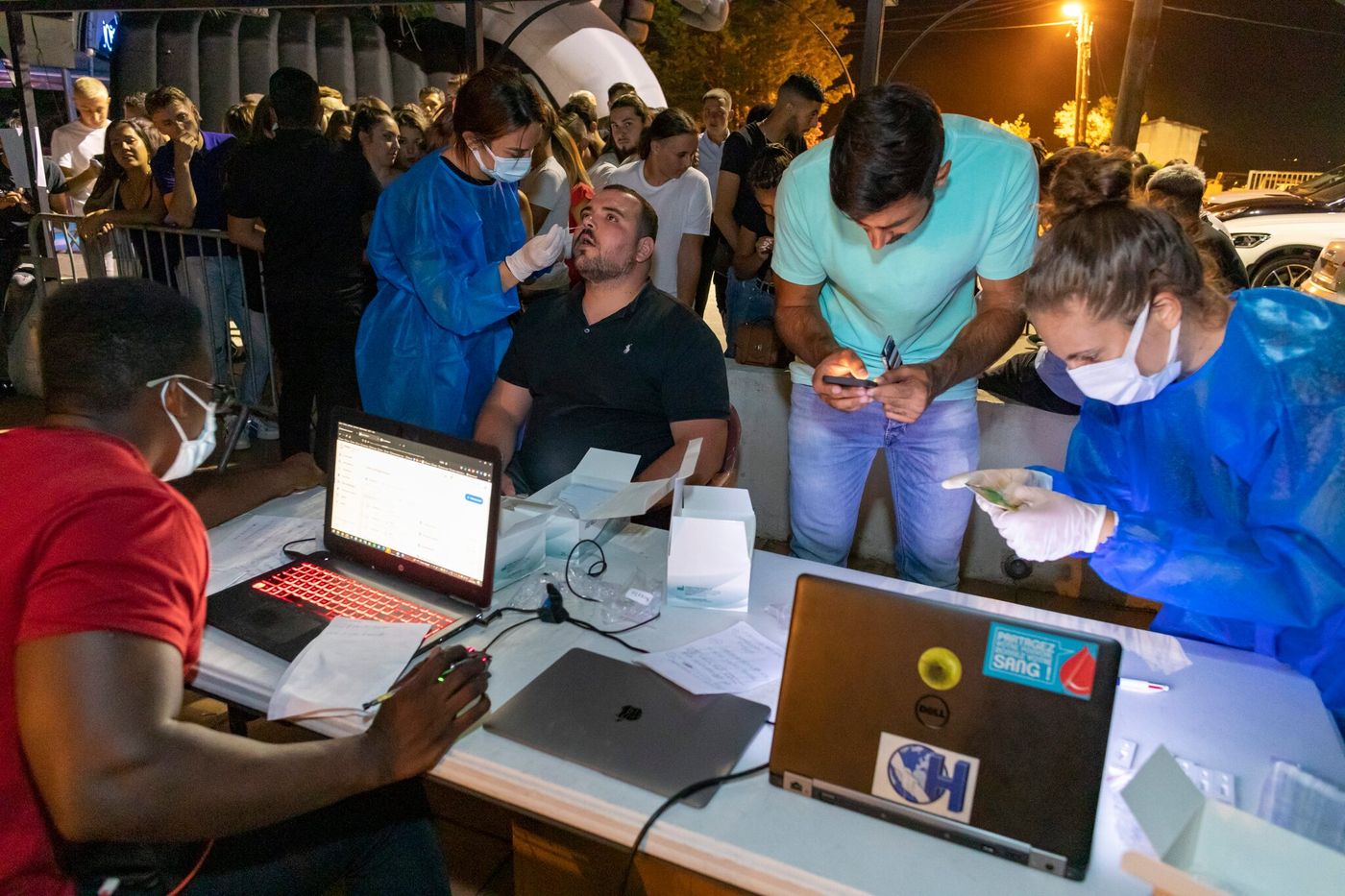 ► Teleworking: Élisabeth Borne and the objective of 5,000 checks per month in companies

The day after the new announcements from Jean Castex, the Minister of Labor, Élisabeth Borne, announced Tuesday, December 7 that checks would be carried out as soon as ” next week “ to check if the extension of teleworking “Two to three days” per week is “Well implemented” In the enterprises.

“All companies that can do it and have not yet done so must step up teleworking, insisted Élisabeth Borne on LCI. I asked the Labor Inspectorate to resume its checks, to return to 5,000 checks per month. We were less than a thousand in October ”, specified the minister.

Élisabeth Borne recalled the “Employer’s responsibility” with regard to the health of its employees. Any sanctions will initially be “Formal notices”.

► Schools: no “explosion” in the number of cases but an increase in tests

We cannot speak of a “Explosion” of the number of cases of Covid-19 at school, estimated Jean-Michel Blanquer on Tuesday on RTL. The Minister of National Education prefers to highlight the sharp increase in “Number of tests for children”.

While the spread of the virus has accelerated sharply among those under twelve, Prime Minister Jean Castex announced Monday evening that the health protocol would be raised to level 3 for primary schools. Asked about the possibility of extending the Christmas holidays, Jean-Michel Blanquer said not to rule out any option. “We can always imagine it, but it is not the preferred hypothesis”, said the minister.

► Emmanuel Macron undertakes to reopen the discotheques “as soon as possible”

After the decision taken Monday to close the nightclubs for four weeks from Friday, the head of state was arrested Tuesday by a nightclub owner while he was strolling in the center of Vierzon (Cher). “It is again us that you are closing, the 1,200 establishments”, launched the latter. “We don’t ask for alms, we want to work. “

“You must not believe that you are being stigmatized”, replied Emmanuel Macron. Unlike restaurants and bars, where “We are seated”, “Most of the time we are not around a table” in nightclubs, he explained to the boss who complained of a difference in treatment between these establishments. “We will try to reopen as soon as possible, I am committed to it”, added the president, assuring that the discos would be “Compensated in an exemplary manner to keep up during this period”.

► WHO calls on Europe to better protect its children

The WHO called on Tuesday to prioritize the protection of children. To avoid further class closures and the return of distance education, she advised to strengthen testing and the use of masks in schools, and to consider vaccination at the national level of school children.

Despite the strong resumption of the epidemic in Europe, the World Health Organization has also called on European countries to keep compulsory vaccination of the population as an option of “Absolute last resort”. It must be decided “Only when all possible options to increase the vaccination rate have been exhausted”, due in particular to the possible perverse effects on the “General public confidence”.

After Lyon or the Grand Est, the white plan was launched in the hospitals of Provence-Alpes-Côte d’Azur. This was announced on Tuesday by the regional health agency, calling on available caregivers to come and lend a hand.

With an incidence greater than 420 per 100,000 inhabitants and a positivity rate greater than 6.5%, “The epidemic dynamic now significantly impacts hospital organizations in the territory”, justified the ARS Paca in a press release. Last week, the Strasbourg University Hospital and the Colmar and Mulhouse hospitals, in the Grand Est region, had already launched their white plan. On Monday, the Hospices Civils de Lyon (HCL) had followed suit.

Spanish health authorities on Tuesday authorized the vaccination of children aged 5 to 11 from December 15, as the country fights against an upsurge in contamination.

→ REPORT. Covid-19: to save the holidays, Italy tightens the screw for the unvaccinated

According to the authorities, 3.3 million children are likely to benefit from it. “Currently, children under 12 are the age group with the highest cumulative incidence of Covid-19 cases”, recalls the Ministry of Health.

Several European countries have already taken such a step, notably Italy and Greece. In France, only the vaccination of children at risk of developing serious forms has been approved for the moment.