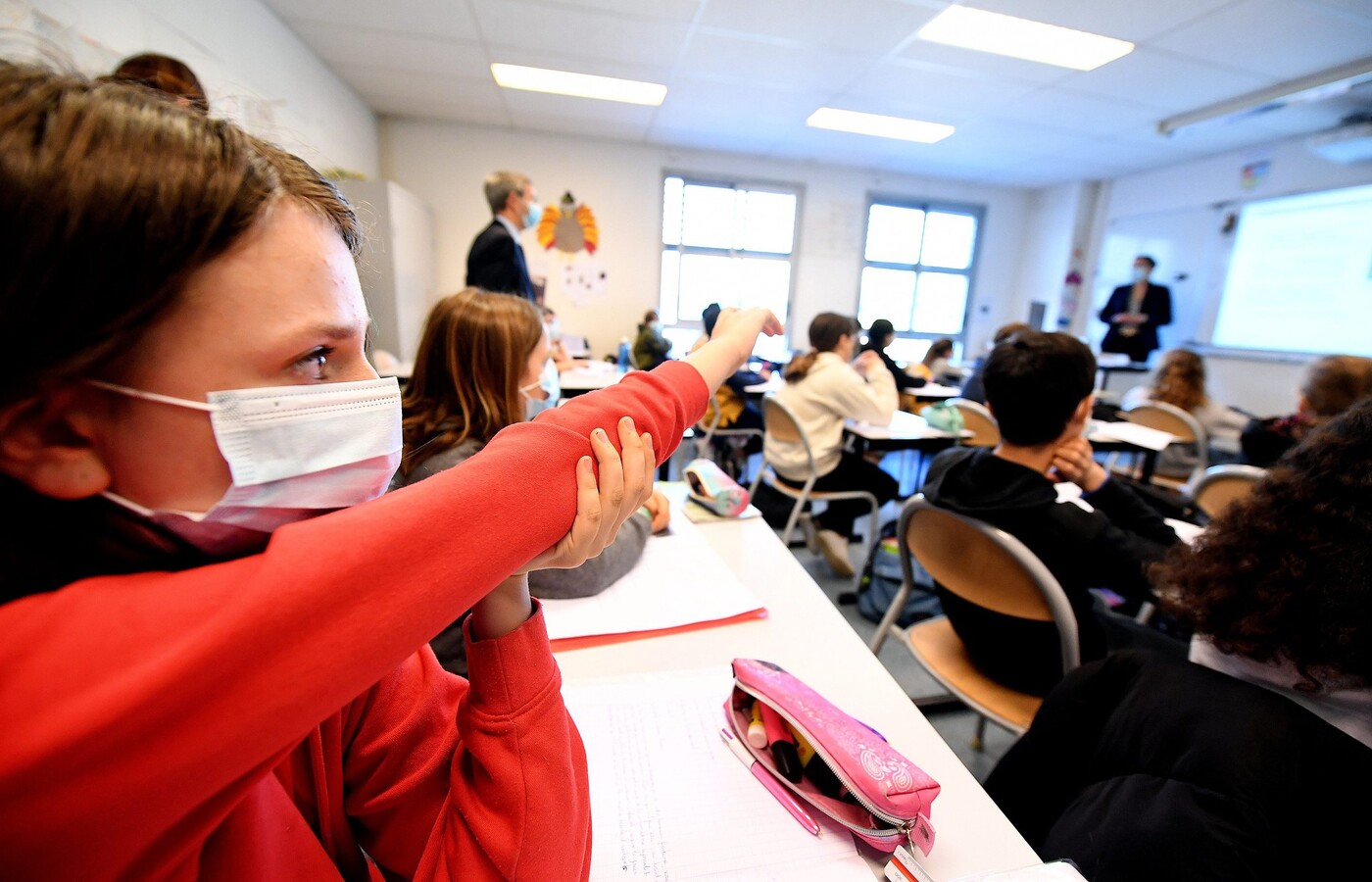 A week after the start of the school year, schoolchildren, college and high school students also found their classrooms on Monday, May 3, the first day of the first stage of the progressive deconfinement of the country initiated by the government, with in particular the end of travel restrictions.

After two weeks of distance learning, interspersed with two weeks of leave, high school students make their return to the half-gauge, with alternating face-to-face and remote classes. For colleges, the resumption takes place in person, except for fourth and third students of the fifteen departments most affected by the Covid-19 pandemic, also forced to the half-gauge.

The SNCF will gradually strengthen its service to support the end of the restriction of travel in France, with in particular 8 TGVs out of 10 from Friday, May 7, she detailed Monday.

→ PRACTICAL. Income tax: teleworking not so easy to declare

The TGV offer, which had been reduced to 4 out of 10 trains, “Gradually rises” from this Monday, to reach 8 out of 10 trains from Friday with reinforcements on weekends, and “Almost 100%” for the Ascension and Pentecost bridges, the company said in a statement.

The European Commission proposed Monday to allow entry into the EU to travelers from third countries who have received the necessary doses of vaccines authorized at European level, as the summer tourist season approaches. “The Commission proposes (to Member States) to allow entry into the EU for non-essential reasons, not only to people coming from countries with a good epidemiological situation, but also to people who have received the last recommended dose of a vaccine authorized in the EU ”, according to the text published by the European executive.

→ EXPLANATION. Under strict conditions, Belgian believers will be able to find their communities

Travelers should have received this vaccine at least 14 days before arrival. Member States could extend this authorization to people who have received a vaccine concerned by an emergency authorization from the WHO, it is specified. However, a mechanism is provided to quickly suspend arrivals in the event that the epidemiological situation of a country deteriorates, in particular due to a variant.

► Pfizer-BioNTech: the European regulator begins the evaluation of the vaccine for 12-15 year olds

The European Medicines Agency (EMA) has announced that it has started evaluating the use of the Pfizer-BioNTech vaccine in 12-15 year olds, after authorization requests filed by the two companies for this age group in the EU and the United States.

In a statement, the EMA said Monday that its Committee for Medicinal Products for Human Use “Will carry out an accelerated assessment of the data transmitted by the company marketing Comirnaty”, trade name of the vaccine developed by the German laboratory BioNTech and its American partner Pfizer. These data include the results of a large, ongoing clinical study involving adolescents from the age of 12, according to the EMA.

→ PRACTICAL. Curfew: download the new certificate to travel from 7 p.m. to 6 a.m.

The US biotech company Novavax also announced Monday that it has started clinical trials in adolescents for its vaccine in the United States.

The first country in Europe to abandon the AstraZeneca vaccine in April, Denmark announced on Monday that it would also drop Johnson & Johnson’s vaccine because of possible serious side effects, despite green lights from the European regulator and the WHO for use it.

“The Danish National Health Authority has concluded that the benefits of using Johnson & Johnson’s Covid-19 vaccine do not outweigh the risk of causing a possible side effect, VITT (a very rare type serum injection thrombosis), in people receiving the vaccine. Therefore, (she) will continue the Danish Covid-19 mass vaccination program without the Johnson & Johnson vaccine ”, she said in a statement.

The global Covax system will have 500 million doses of Moderna’s vaccine, after an agreement signed with the Vaccine Alliance (Gavi). The first doses of this messenger RNA vaccine should be delivered in the fourth quarter of 2021, “With a total of 34 million doses available in 2021 and up to 466 million doses in 2022”, Gavi said in a statement. The agreement also contains “Options allowing possibly obtaining vaccine doses that are suitable for future variants”, said the Geneva-based organization.

► Roland-Garros: a limited number of spectators

There will be many spectators admitted to Roland-Garros, but within a double limit of 1,000 per court and one third of capacity, confirmed Sunday, May 2, the Minister of Education and Sports, Jean-Michel Blanquer.

→ INVESTIGATION. How the Covid-19 epidemic is shaping the hospital of the future

As part of the progressive deconfinement decided by the government, “The gauge is that of 35%” the capacity of the stadiums, “With a maximum of 1000 people”, “By court”, detailed Jean-Michel Blanquer in the program Stade 2 on France 3.