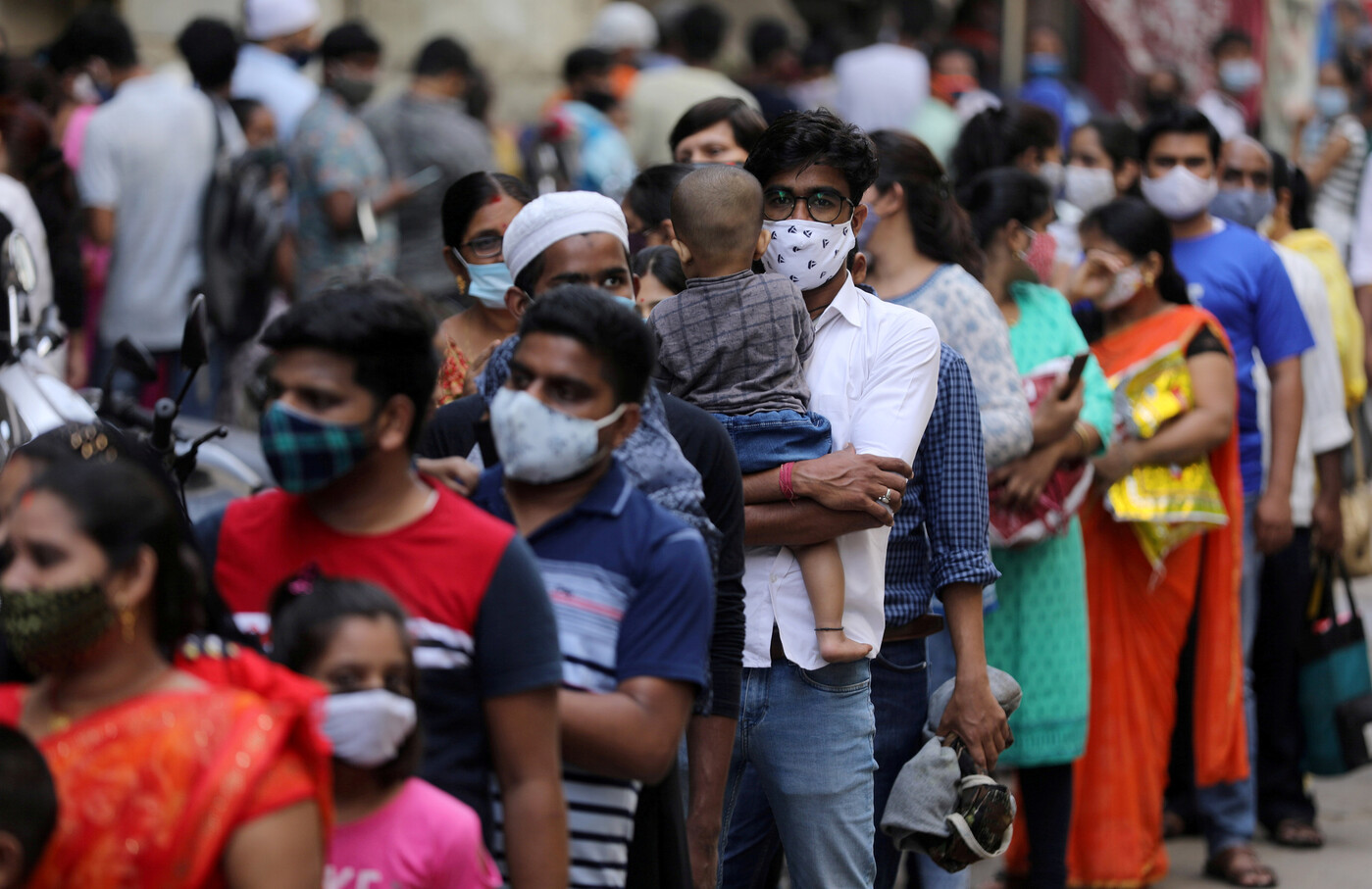 After the English, South African, Californian, Brazilian and other Breton, yet another variant of SARS-CoV-2 makes health authorities tremble: the Indian. The “B.1.617” strain, identified in October in the state of Maharashtra, convinced the British authorities on April 19 to restrict flights from India to their residents only, who were themselves forced to quarantine for ten days. arrival, in a hotel paid at their expense.

→ EXPLANATION. Brazilian variant of Covid-19: should flights with Guyana be suspended?

Health Minister Matt Hancock has confirmed 103 cases of the Indian variant have been isolated in the UK, “The vast majority of which have links with international travel and have been detected by our border tests”. But what do we really know about this Indian strain, sometimes referred to as “Double-mutant” ?

“This variant is said to be“ double-mutant ”because it involves two known mutations of the Spike protein, but never seen together until now: the 452 and 484, explains Bruno Lina, virologist at the CHU de Lyon. Present in two lineages circulating in the United States, the 452 mutation is thought to cause a slight increase in transmissibility, around 20 to 30%. The 484 mutation is the one found on the Brazilian and South African variants; it would be largely responsible for immune escape and the partial effectiveness of vaccines. “

Biologist at the Saint-Louis hospital in Paris, Marie-Laure Chaix repeats that no property of the B.1.617 variant has yet been “Scientifically proven” : “It’s simply analogies made with other variants from these two common mutations, we extrapolate. To really know its viability, its transmissibility, its immune escape, we need culture analyzes, molecular biology manipulations, and that we do not have. “

Less than 20% of sequencing in India

The fears raised by the variant owe a lot to the alarming health situation in India. On April 19, the country broke a record for new infections, with 273,810 cases diagnosed in twenty-four hours. But “No link has been established between the emergence of this variant and the recent deterioration of the epidemiological situation”, distinguishes Public Health France (SpF). Even in India, the local strain remains largely in the minority.

“In Maharashtra, a state where the variant is most present, it represents 20% of contaminations, according to the latest data available to us, reports Rakesh Mishra, director of the Center for Molecular and Cellular Biology (CCMB), in Hyderabad. B.1.617 has been found in at least ten other Indian states, but in low percentages. We therefore cannot really explain the current epidemic resumption by this strain, unrelated to more than 80% of Covid cases. “

The researcher is also cautious about the characteristics of the variant, suspecting all the same a “Faster spread” than the original virus. “On the effects of vaccination, we will know more in the week, but we do not observe more re-infections, specifies Rakesh Mishra, whose center is one of ten laboratories specializing in genome sequencing. The general feeling is that the symptoms are not worse with this variant than the other strains. “

In France, B.1.617 does not yet justify additional restrictions. Travelers from India are subject to the same rules as those disembarking from most countries outside the European area: compelling reason, negative PCR test of less than 72 hours and commitment to isolate themselves for seven days on arrival . “On the basis of the screening, we can say quite robustly that this variant does not circulate in France”, assures Bruno Lina, member of the Scientific Council. SpF reported on April 8 that “Two cases were detected in Guadeloupe”.