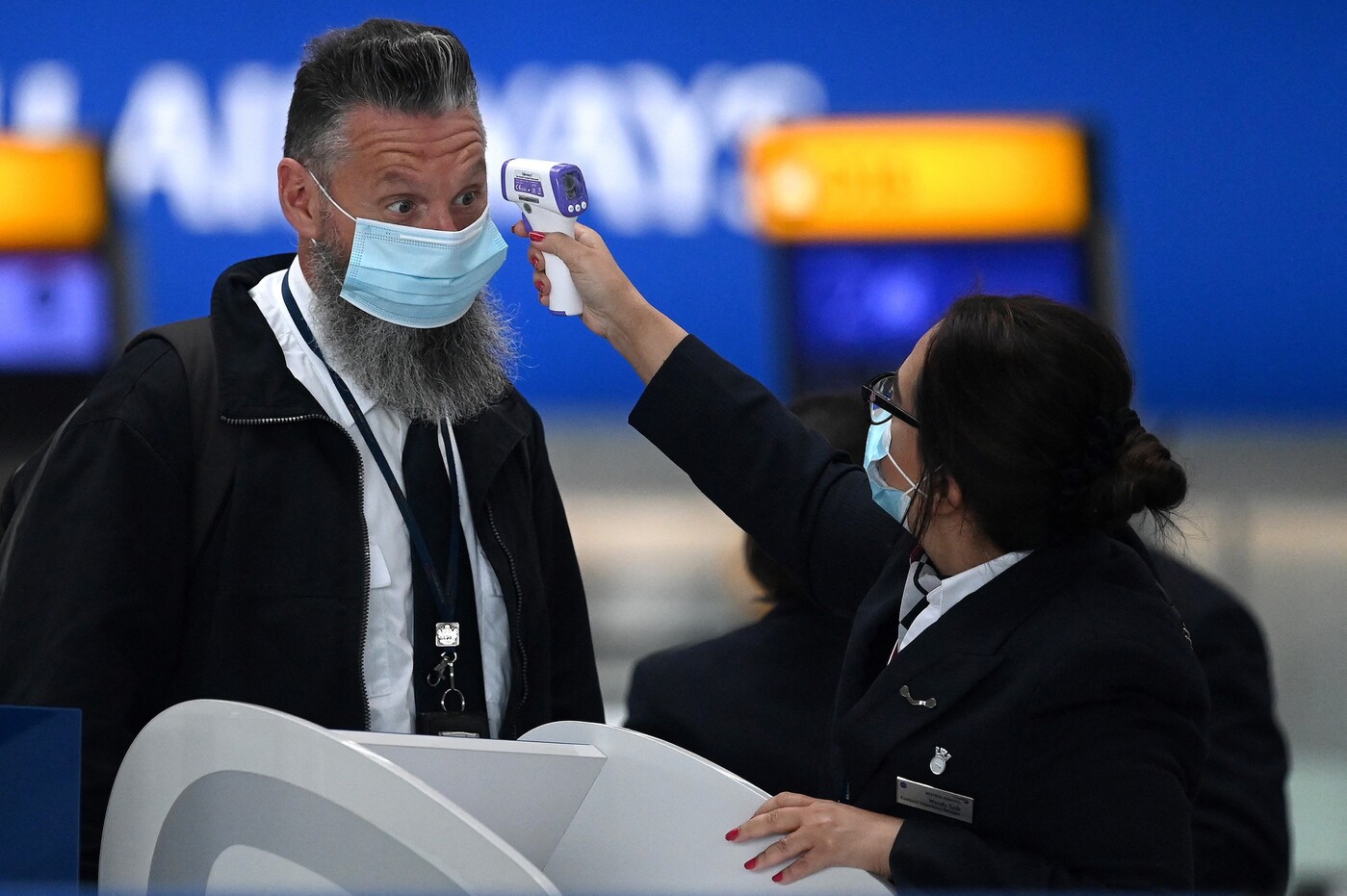 The British variant would no longer be in the majority at home. The so-called “Indian” strain of SARS-CoV-2, or B.1.617, is believed to represent more than half of the new cases sequenced in the United Kingdom. This “New deal” justifies the establishment of a “Compulsory isolation” in France for travelers coming from across the Channel, from May 31.

The announced device will however be less severe than the strict quarantine imposed on 16 countries, including Brazil, India and Turkey. Non-resident foreign nationals will now have to provide proof of a “Compelling reason” travel, and anyone with a negative PCR or antigen test within 48 hours, not 72 hours. But no verification by the isolation authorities at the address indicated.

80 cases in France, but no “Community broadcast”

The British health situation is certainly almost enviable: 18,700 positive cases and 54 deaths over the last seven days against 82,900 cases and 805 deaths in France. But the gradual takeover of the Indian mutation worries Paris. “Faced with this variant, we have implemented a containment policy which consists in restricting access [à la France] in countries with an epidemic focus, specifies the Ministry of Health. The idea is not to cut the links, but to secure, by limiting as much as possible the travelers carrying the virus and to better identify those who would fall through the cracks. “

Detected in at least 53 countries, according to the World Health Organization (WHO), the Indian variant does not spare France. In its latest epidemiological update, Public Health France (SpF) noted, on May 18, “38 episodes” cumulating 80 cases of lineage B.1.617. “A link with India has been reported in all situations, with the exception of one case in a traveler returning from Nepal, and three family clusters”, specifies the agency, adding that“No element in favor of a significant community distribution has been reported”.

Difficult to trust only these 80 cases. France is lagging behind in sequencing, an essential step in identifying the genomes of SARS-CoV-2: 4.77 sequencing per 1,000 cases published on the Gisaid global database, against 86.2 by the United Kingdom. And the “flash” surveys across the country only take place twice a month. The latest, published on April 27, estimated the share of the Indian variant among the samples tested at 0.1%.

Regarding the properties of this strain, the first studies attest to an increased transmissibility. In the United Kingdom, a report by Sage, the local equivalent of the Scientific Council, judges “Quite possible that this variant is 50% more transmissible” than the British variant, itself more contagious than the original virus, by 43 to 90%, according to SpF.

Another fear: several mutations on its genome have raised concerns since its appearance of a possible immune escape, and resistance to the protection conferred by vaccination or a first infection. A study, published by the English Public Health Agency (PHE), reports an efficacy “Similar” of the Pfizer-BioNTech and AstraZeneca vaccines against the English and Indian variants, but after two doses.

“It is vital to inject both doses to ensure maximum protection against existing and emerging variants”, says Mary Ramsay, immunity manager at the British agency. Vaccine efficacy declines in fact with a single dose. An injection of one of the two products would reduce by 33.5% the chances of developing a symptomatic form of Covid-19 against the Indian variant, against 51.1% against the English strain.