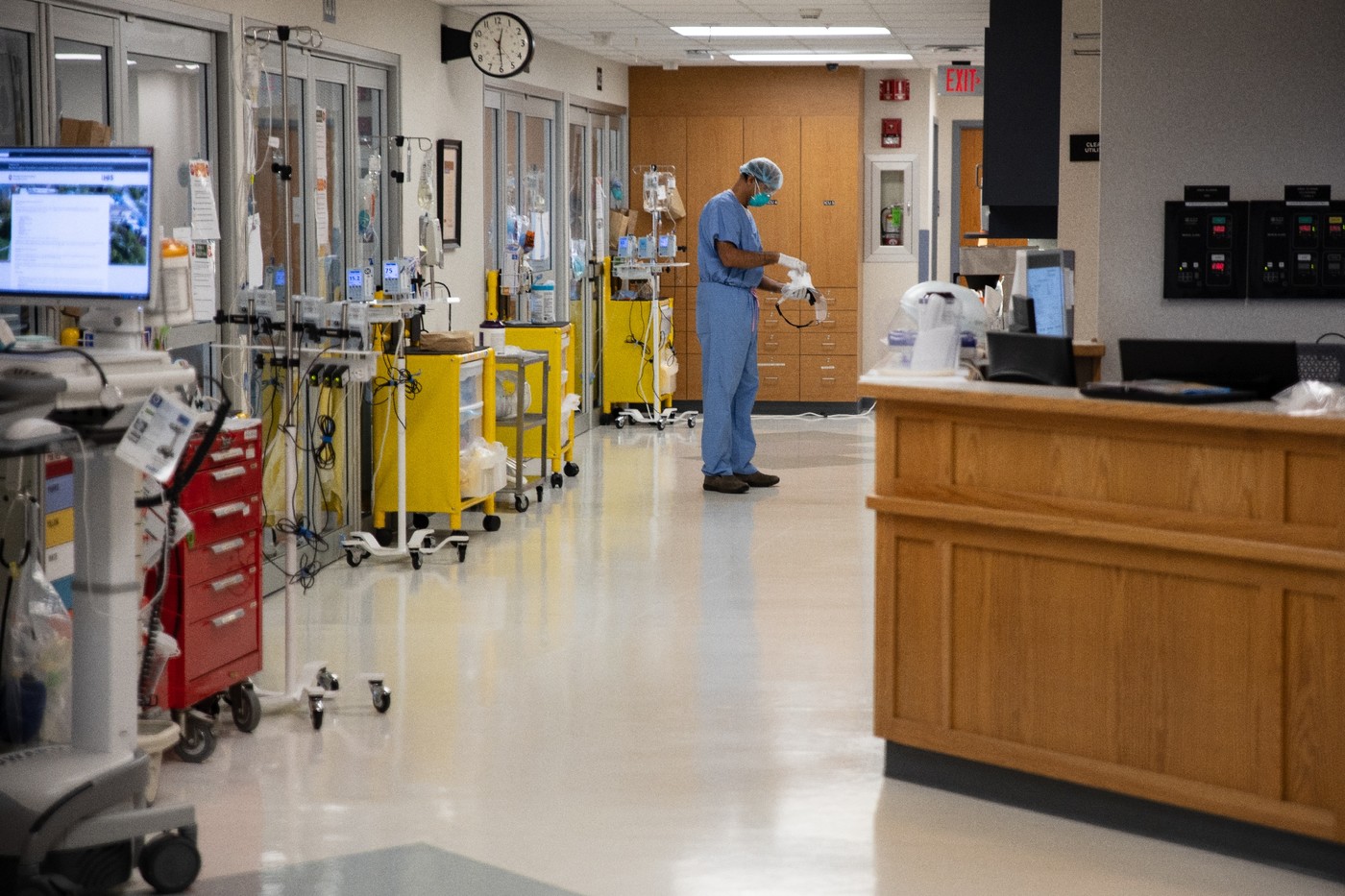 Faced with a galloping Covid-19 epidemic which has infected 12 million people on its territory, the United States urgently authorized an innovative treatment from the firm Regeneron already tried on President Donald Trump.

The United States is by far the most bereaved country in the world by the coronavirus with 255,800 deaths. The epidemic is progressing out of control and the number of new daily cases is exploding there (nearly 164,000 for Saturday alone) to now exceed 12 million patients, according to Johns Hopkins University.

Faced with this scourge, the United States Medicines Agency (FDA) on Saturday granted urgent authorization to a cocktail of synthetic antibodies from the biotechnology company Regeneron. This treatment is known to have been administered to Donald Trump, who had widely touted it after recovering from Covid-19 in October.

According to the FDA, Regen-Cov2 treatment, a combination of two laboratory-made antibodies, has been shown to reduce Covid-19-related hospitalizations or emergency room visits in patients with secondary illnesses or “comorbidities.”

→ RECAP. Macron’s call to the G20, new demands from traders, concerns in Russia and Iran… The recap of November 21

Regeneron chairman Leonard Schleifer assured that the move constituted “An important step in the fight against Covid-19, because high-risk patients in the United States will have access to a promising therapy at the start of their infection”.

Prevent the virus from attaching to cells

These antibodies mimic what the immune system does after infection with the coronavirus, by blocking the tip of the virus that allows it to attach to and penetrate human cells.

The treatment is considered to be more effective during the initial phase of the infection, when the antibodies still have a chance to control the invader, and not during the second phase of Covid-19, when the danger is no longer the virus. – even but the overreaction of the immune system which attacks the lungs and other organs.

Regeneron is the second synthetic antibody treatment to receive a “Authorization for emergency use” (EUA) from the FDA. A similar therapy developed by the American laboratory Eli Lilly had already obtained this status on November 9.

Regeneron has already entered into several contracts with the US government, including one for $ 450 million, to manufacture large-scale doses in the United States. The government also announced at the end of October the purchase of 300,000 doses of Lilly’s treatment for $ 375 million, or $ 1,250 per dose.

The authorization granted to Regeneron adds to the good news on the vaccine front, with efficacy rates of around 95% for those developed by the Pfizer / BioNTech and Moderna laboratories.