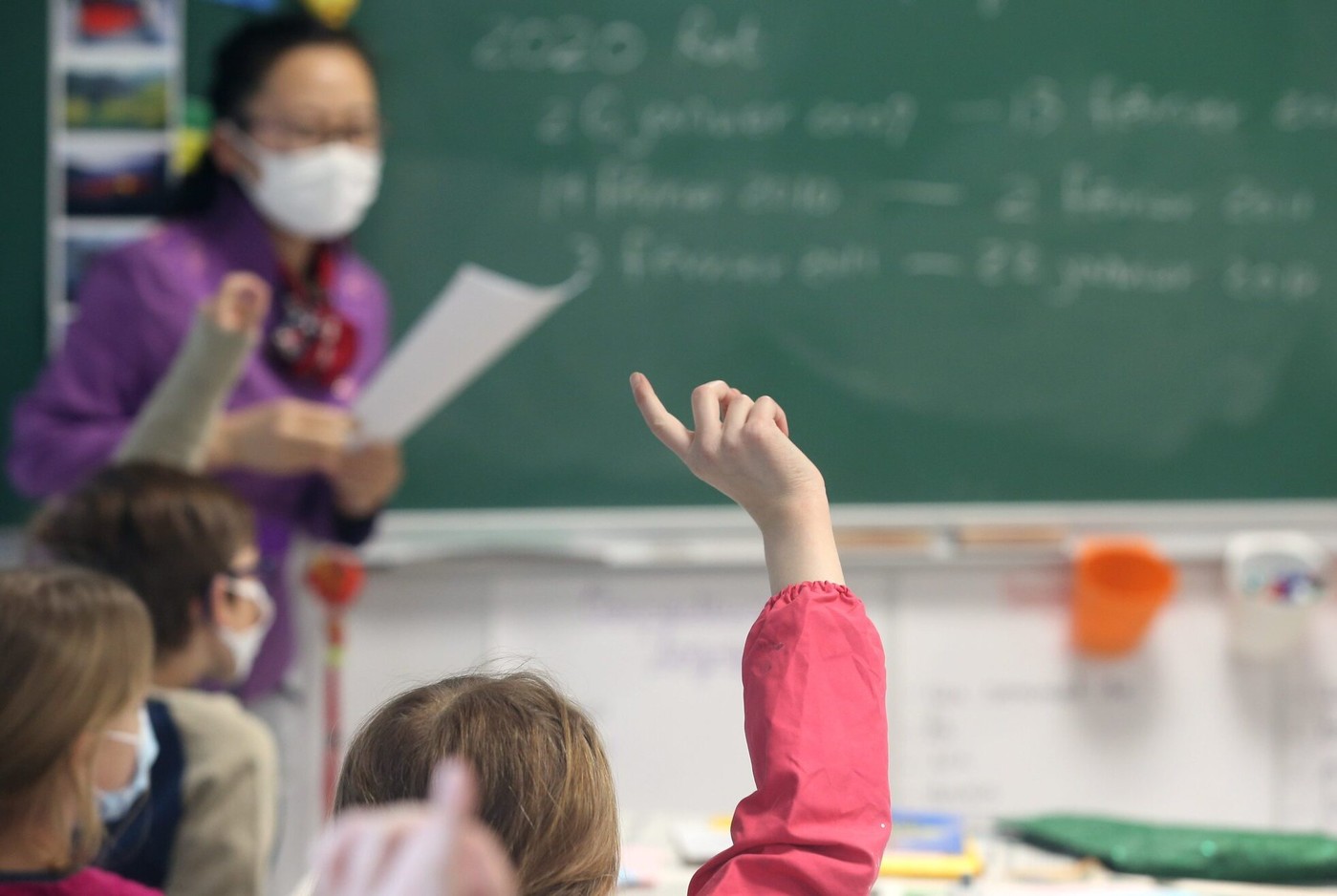 ► The simplified health protocol in schools, in particular on the English variant

A new health protocol concerning schools from kindergarten to high school was recently published by the Ministry of National Education modifying in particular the rules which impose a class closure in the event of contamination by the British variant of Covid-19.

From now on, it will take three positive cases for the English variant to cause the closure of a class and education personnel are no longer systematically considered as a contact case, in the presence of positive pupils. “The action to be taken around a confirmed case of the British variant is the same as for the general case”, can we read on the ministry’s website. Closing the class may “To be considered” after “Local analysis concerning the circulation of this variant on the territory”, but it is no longer systematic.

In addition, the ministry points out that “As soon as a pupil is in contact with a person from his household positive for the Brazilian or South African variant, the class is closed”.

► Faced with the English variant, the mayor of Dunkirk denounces “disconnected” measures

The mayor (DVG) of Dunkirk Patrice Vergriete denounced Monday, February 15 a failure by the State to take into account the situation in his agglomeration in the face of an acceleration in the circulation of the English variant, now representing according to him “About 80%” contaminations. “We have a hospital which is saturated today”, he said in an interview with AFP.

→ EXPLANATION. Should we be concerned about re-infections with Covid-19?

He had earlier denounced at the microphone of France Bleu Nord measures “Disconnected” after the prefecture’s decision to keep schools, colleges and high schools open. Previously, the mayors of the urban community of Dunkirk had asked for the closure of secondary schools a week before the school holidays and the possibility of waiving compulsory schooling for primary.

► 30,000 doses of additional vaccines for the Moselle

Moselle is facing an outbreak of the Covid-19 epidemic, with in particular a progression of the South African variant. The Minister of Health Olivier Véran went to Metz on Friday, February 12, announcing a strengthening of the testing and vaccination policy. The department will thus receive a total of 30,000 doses of additional vaccines.

“The department carried out this weekend an exceptional vaccination operation for 2,000 people, in addition to the more than 35,000 people who have already received at least one injection”, said the prefecture in a joint statement with the Regional Health Agency (ARS) Grand Est.

These vaccines remain reserved for people aged at least 75 years and health professionals. To be able to administer them, new vaccination centers must open “In the coming days” and the centers already in place will extend their opening periods, the statement said.

► Paris “does not want Germany to close its border” with France

While Berlin is filtering passages with the Czech Republic and Austria to contain the spread of variants of the coronavirus, the German government has hinted that it could do the same with France in the coming days, particularly because of the health situation in the Moselle department.

→ ANALYSIS. Covid-19: why Germany is continuing the restrictions despite its good results?

But Paris “Does not want Germany to completely close the border” with France, French Secretary of State for European Affairs Clément Beaune said on Monday. On Franceinfo, the Secretary of State called for “A consultation” to avoid this scenario.

► The reopening of four museums in Perpignan suspended by the courts

The Montpellier administrative court on Monday suspended the orders of the RN mayor of Perpignan Louis Aliot, who had decided to reopen four municipal museums, against the health directives of the government.

→ READ. Roselyne Bachelot responds to the request to reopen museums

Based on the government decree of October 29, 2020 ordering the national closure of museums and cultural places, the judge suspended the execution of the orders made on February 8 by the mayor of Perpignan who cannot “Proceed himself” to such an opening, said in a press release the court, seized in summary by the prefect of the Pyrénées-Orientales.