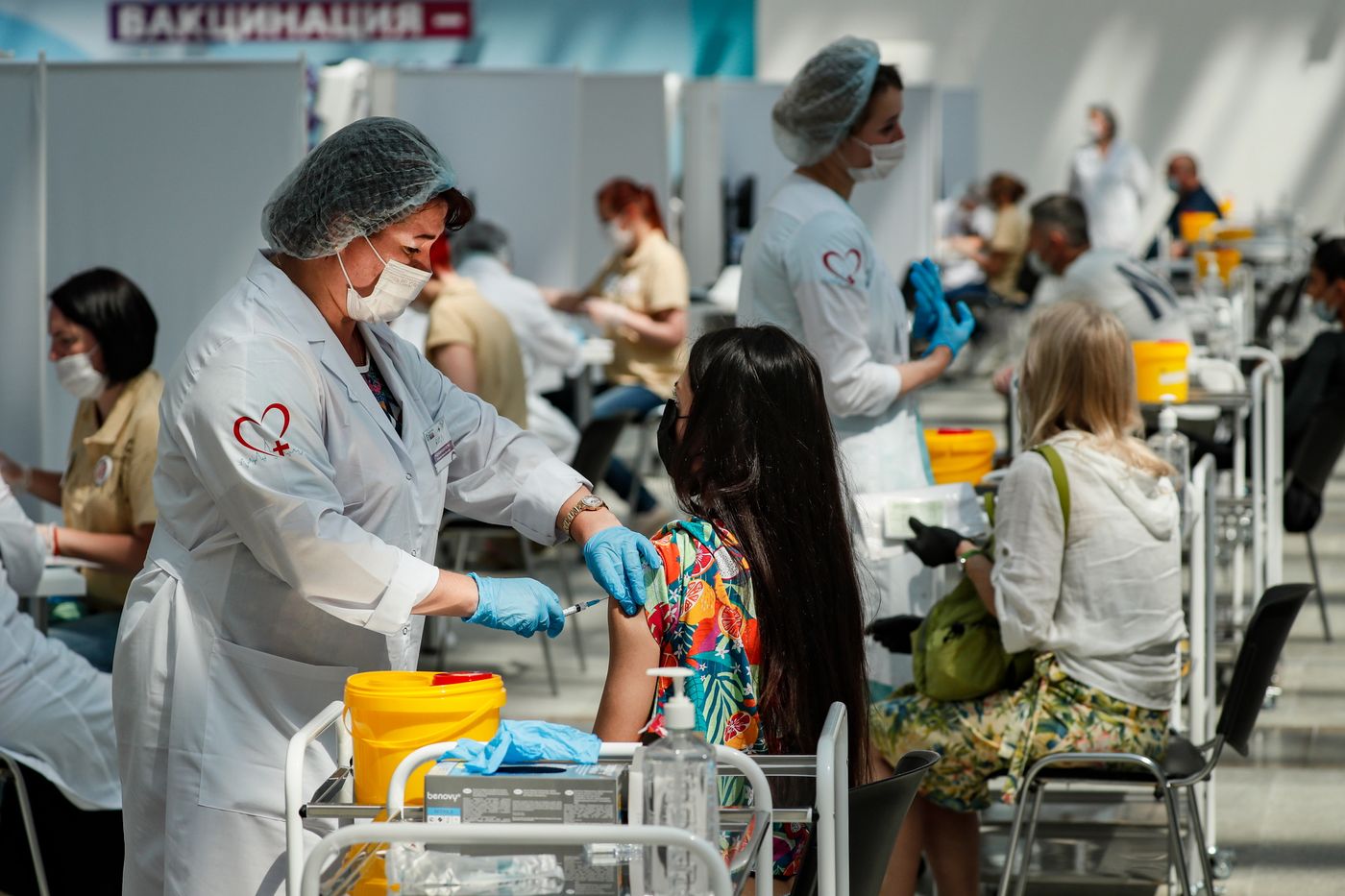 ► In Guadeloupe, confinement is getting tougher in the face of a “catastrophic” situation

Containment will be reinforced in Guadeloupe from from Friday August 13 and until 1er September, in order to “Break the dynamic” of Covid-19 which strikes the island, announced Wednesday the prefect Alexandre Rochatte. “The epidemic is becoming catastrophic”, recognized the prefect, while the incidence rate peaks at “Almost 1,900 cases per 100,000 inhabitants”.

→ REPORT. “We are going to reach our limits”: in Guadeloupe, the health situation is critical

Among the new measures announced: curfew from 7 p.m. (compared to 8 p.m. previously) and until 5 a.m., outings limited to 5 km, shops “Not essential” closed.

On France Inter Thursday morning, the overseas minister Sébastien Lecornu, who arrived in Guadeloupe on Tuesday evening, said to himself “Quite upset” by what he saw.

► Vaccination: at least 5 million people targeted for the recall campaign

About 5 million elderly or “Very high risk” will be targeted as a priority for a “Booster dose” vaccine from mid-September, the health ministry said on Thursday. This figure mainly includes residents of nursing homes and long-term care units (USLD), people over 80 living ” home “, as well as the sick “At very high risk of severe form” of Covid and patients “Immunocompromised”.

→ THE FACTS. Covid-19: “Don’t wait to get vaccinated! », Urges the president of Sanofi France

The list of populations concerned must still be formally established by the High Authority for Health (HAS), with a view to opening the appointments on 1er September, for injections from September 15.

129 establishments, more than a third of the 350 shopping centers of more than 20,000 square meters, could be subject to the obligation of health pass, calculated AFP Thursday. The official list has not yet been published, but the measure could thus potentially be applicable in 38 departments from mainland France and overseas with a high incidence rate (including Hérault, Bouches-du-Rhône, Haute-Garonne, Gironde, or Rhône).

→ YOUR QUESTIONS. “Is the mask still compulsory where the health pass applies?” “

The government on Wednesday asked the prefects to make the health pass compulsory in shopping centers over 20,000 m2 located in the departments where the incidence rate exceeds 200 per 100,000 inhabitants over one week.

Faced with an epidemic resurgence since the beginning of the summer, Russia recorded on Thursday 808 dead caused by Covid-19 in 24 hours – a record for the country. 168,049 Covid-related deaths have been recorded by the government since the start of the pandemic. The country has also recorded 21,932 new contaminations, according to the daily report provided by the crisis center of the Russian government.

→ ANALYSIS. Covid-19: outbreak of cases in Russia, where barrier gestures are struggling to be imposed

► China partially closes one of the world’s main ports

China has shut down part of the port of Ningbo-Zhoushan, one of the most important ports in the world, since the discovery on Wednesday of a case of Covid-19 among employees. “The activity was immediately stopped and the area (in question of the port) closed “, said Jiang Yipeng, an operations manager at the Meishan Terminal. As a precaution, nearly 2,000 employees were placed in isolation.

The port of Ningbo-Zhoushan, located 250 km south of Shanghai, is one of the main Chinese ports for freight and the third largest in the world in terms of shipping. Its partial shutdown risks worsening the situation of maritime transport, under strong pressure at the global level due to health restrictions and the restarting of the economy.

► The capital of Australia, Canberra, in turn confined

After Melbourne and Sydney, a seven-day lockdown of Canberra was declared Thursday by the authorities after the discovery of a case of coronavirus. About 400,000 inhabitants of the capital will be confined for the first time since the start of the pandemic as of Thursday 5 p.m. (8 a.m. GMT). They join the millions of Australians in the south-east of the immense island continent already forced to stay at home.

→ ANALYSIS. Australia: has the “Zero Covid” strategy reached its limits?

“This is the most serious health risk encountered by the territory since the beginning of the year and even since the start of the pandemic”, said Andrew Barr, Prime Minister of the Australian Capital Territory. He added that the person who tested positive was in contact with the population at the time they were contagious.