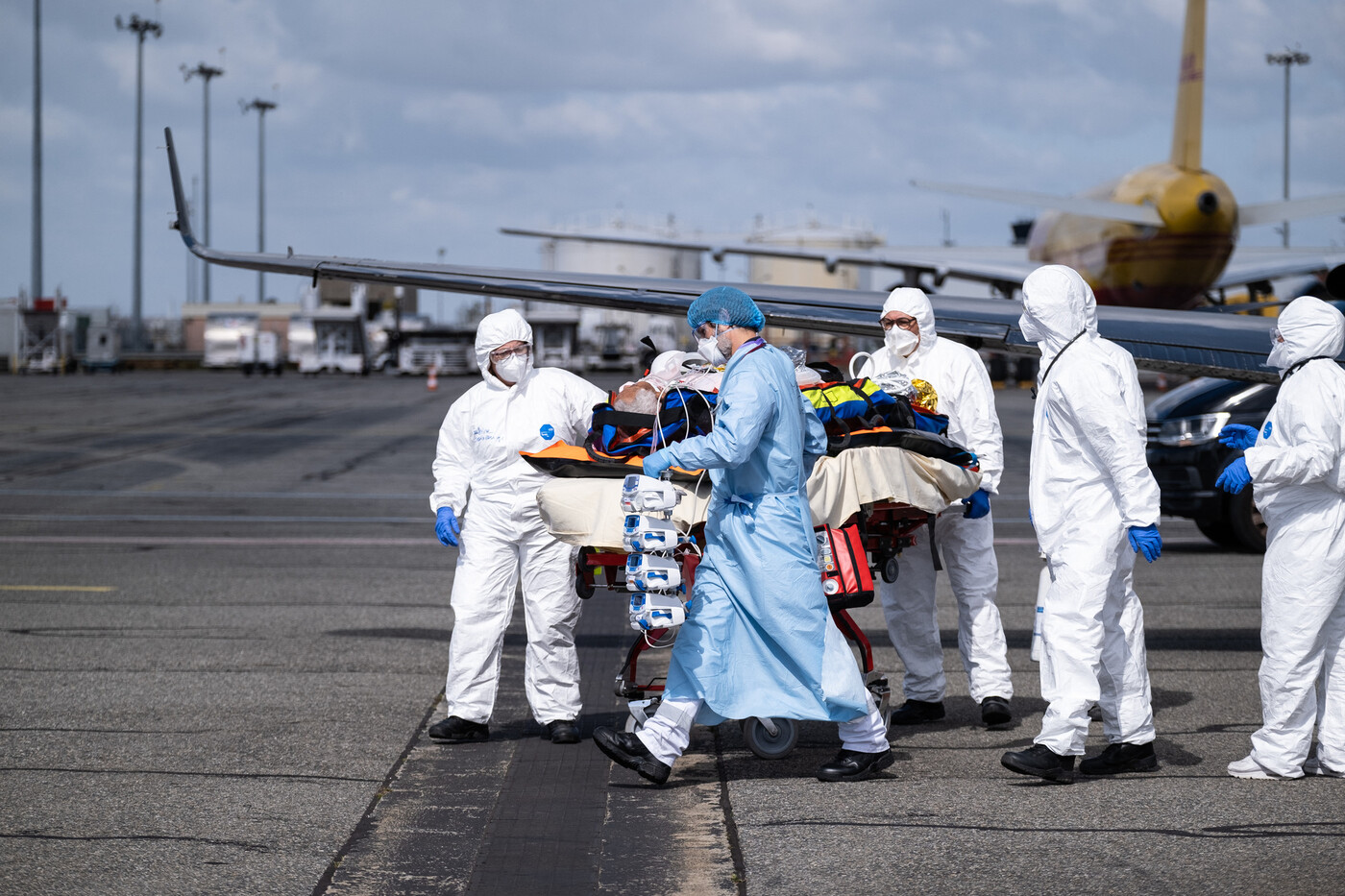 A much weakened second line of defense in the “war” against the virus. Advertisement “By tens, even by hundreds” on March 11 by Olivier Véran, patient transfers were not even mentioned by Emmanuel Macron during his speech on March 31. Widely used in spring 2020, with more than 650 trips, including by military plane, transfers were three times fewer (224) from mid-January to mid-March 2021. A decline illustrated by the emblematic cancellation, one week after the minister’s announcements, the departure from Paris of medicalized TGVs (“Chardons” operation), due to a lack of patients.

Several obstacles have been added compared to the first wave of Covid-19, including the English variant, which causes more severe forms in patients, limiting the number of “candidates” leaving for other regions. For Île-de-France, barely 10% of patients were thus sufficiently stable to be able to be transported, preventing any mass operation.

TO READ. The transfer of patients, breath of oxygen for saturated regions

Another difference, the lower reception capacity in other regions, due to the maintenance of usual medical activity: “Remember that everything had stopped in the spring of 2020, which made it easier to welcome patients in regions little affected by the epidemic”, notes Professor François Braun, president of Samu-Urgences de France and doctor at the CHR in Metz. Hence the limited room for maneuver, essentially, to the Atlantic coast (Brittany, Pays de la Loire, New Aquitaine), as well as to neighboring countries, including Belgium for Hauts-de-France.

But the change is observed especially on the side of the consent of families, who now overwhelmingly refuse the transfer of relatives. “The problem hardly arose in the spring of 2020, which was a kind of lightning war, with total mobilization in the face of the epidemic”, recalls François Braun.

The General Directorate of Health specifies that “The authorization of families has always been required” for the transfer to another region, but relatives were able to express a different feeling: “I did not have the feeling that I was asked my opinion”, testifies Isabelle, whose husband was transferred from Strasbourg to Angers during the first wave. At the time, the sense of urgency had prevailed: “I didn’t ask more questions than that about the return, the urgency was for him to get out of it”, she remembers. “At no time did we say to ourselves that we were going to refuse”, relates Nadia, whose father was transferred, during the second wave, from Avignon to Rennes.

→ ONE YEAR AGO. Behind the scenes of a sanitary train from the great East

“During the first confinement, the need to have the opinion of families was less emphasized”, confirms Stéphanie Diot, head of the health center of Sanilea, a company that has developed platforms for connecting healthcare establishments, patients and healthcare transport companies. “From now on, families are taking a more stand and their opinion is much more taken into account. “ Refusals that can be explained by a “Big difference compared to 2020: intensive care visits are no longer prohibited”, emphasizes François Braun. Even limited and subject to medical assessment, this possibility changes the situation considerably and encourages people to refuse the removal of relatives: “The prospect of only having news by telephone leads to a strong reluctance”, notes Stéphanie Diot.

Even if families are systematically informed about the possibility of having their travel and accommodation covered, at the rate of one return trip per week and thirty nights on site, the system is struggling to gain approval.

A situation which further complicates the management of the third wave, while the peak of patients in intensive care has not yet been reached. Sufficient to make the doctrine evolve and move closer to the Belgian model, where “Health security prevails and (or) there is no longer any need for authorization from the families ”, according to Patrick Goldstein, head of the emergency department of the Lille University Hospital? Olivier Véran opened the door on 1er April on France Inter, considering that “Medical evacuations are bound to accelerate”, because ” in the end, we do not have the possibility of doing otherwise “. Nothing has been confirmed or denied since.

Between January 26 and March 29, 224 patients with Covid-19 have been transferred from one region to another, according to the Directorate General of Health. They had been 658 during the first wave (from mid-March to mid-April 2020) and 172 during the second (23 October-12 December).

Less than 60 Covid-19 patients hospitalized in intensive care have been transferred out of their region since mid-March, mainly by air.

The occupancy rate of intensive care beds reached the 100% mark at the end of March. The number of beds must be increased from 7,000 to 10,000 across the country to cope with the coming peak.