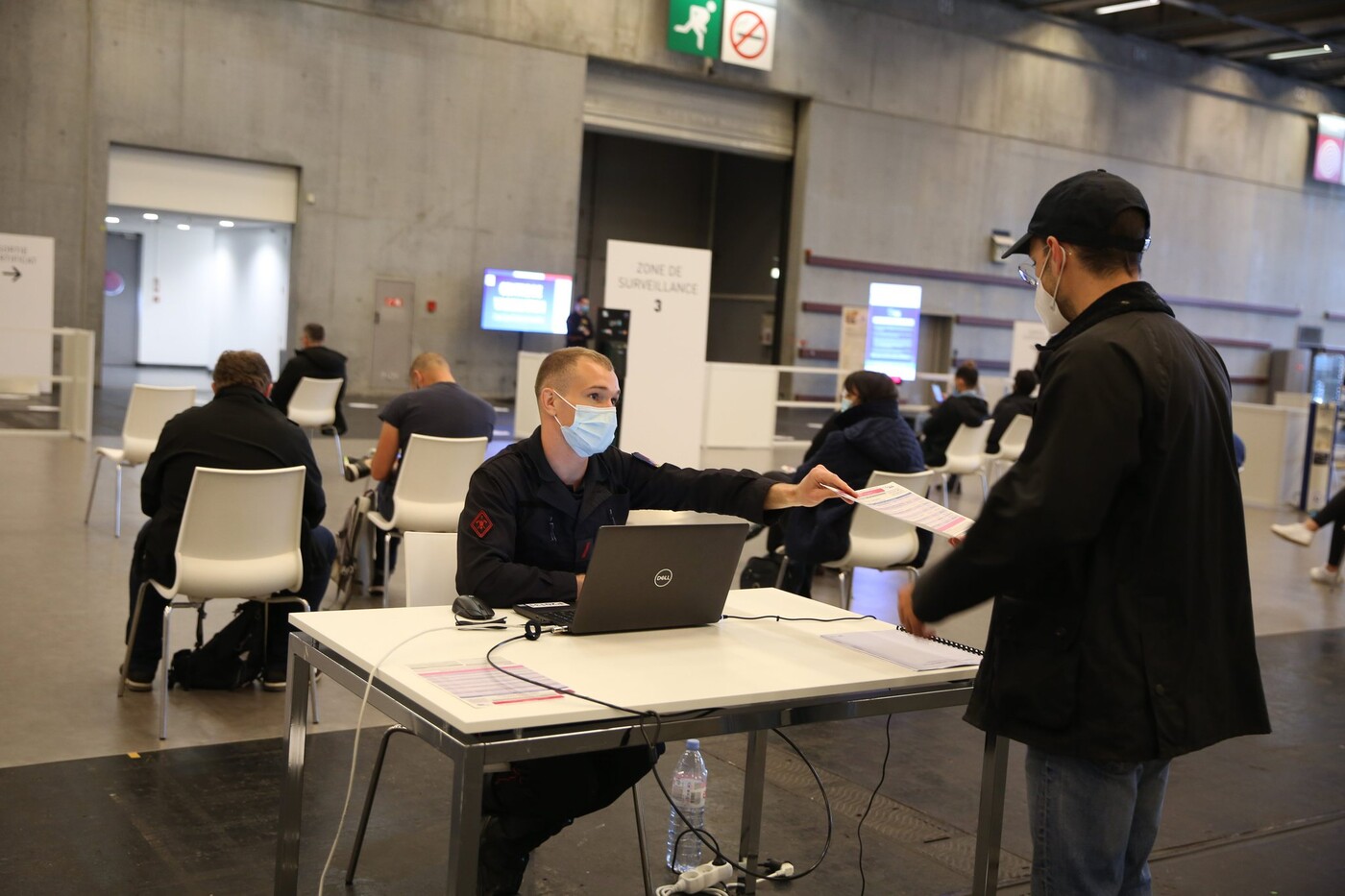 The President of the Republic inaugurated Thursday, May 6 the first Parisian vaccinodrome, installed in hall 5 of the Parc des Expositions at the Porte de Versailles. Two thousand five hundred to three thousand people can be vaccinated there per day. The vaccinodrome, which began operations on Wednesday, is open 7 days a week, 9 a.m. to 6 p.m. It is managed entirely by the Paris fire brigade and must remain in office until August.

→ READ. Emmanuel Macron speeds up the schedule to vaccinate “by force”

On the occasion of this inauguration, the Head of State announced two novelties on the vaccination front in France: everyone over 50 will be able to be vaccinated from Monday May 10, instead of Saturday 15, and the doses available at the end of the day will be open to all adults two days later (Wednesday 12 May), “No age limit”.

► Persistent loss of smell: the lasting presence of the virus is believed to be the cause

Loss of smell, a common symptom of Covid-19, can last for several months in some patients. This persistence is “Attributable” to the lasting presence of the virus and inflammation in the olfactory mucosa, according to researchers from the Institut Pasteur whose study appeared in the journal Science Translational Medicine.

The study shows that the classic RT-PCR tests performed on a nasopharyngeal swab using a long swab can be negative even though the virus persists deep in the nasal cavities, in the olfactory mucosa.

► AstraZeneca: Alain Fischer not in favor of its extension to under 55s

The chairman of the policy council for the vaccine strategy, Alain Fischer, said Thursday “Rather to stay on the current recommendation” which reserves the AstraZeneca vaccine for over 55s.

“The risk analysis shows that the benefit of vaccination with the AstraZeneca vaccine for people under the age of 55 is not obvious, while it is massive beyond”, he explained during a press point organized by the ANRS health agency Emerging infectious diseases.

► Soaring cases in India: neighboring countries are closing their borders

India has recorded a record of nearly 4,000 deaths and 412,000 new infections in 24 hours, according to official data released Thursday. As a result, Sri Lanka closed its borders with India, following in the footsteps of several other neighbors of the Southeast Asian giant, including Bangladesh and Nepal.

For three weeks, records of contamination and deaths linked to Covid-19 have been recorded in India, which has totaled more than 230,000 deaths and 21 million cases since the start of the pandemic.

► Standing festivals with “4 m2 per festival-goer »from 1er July

Outdoor and standing festivals may resume from 1er July with a “Gauge of 4 m2 by festival-goer and within a limit which will be defined by the prefect according to local circumstances ”, announced Thursday the Minister of Culture Roselyne Bachelot.

→ MAINTENANCE. Deconfinement: “We will have to relearn how to come to the cinema”

This measure worries professionals. “If we are talking about a land of 4000 m2 for 1000 people, that can be envisaged, there are spaces large enough not to stick to each other. But if we are talking about a square of 4m2 per person is unmanageable. Nobody wants to live such an experience ”, reacted to AFP Aurélie Hannedouche, head of the current music union (Sma).

A summary has been filed in the Council of State by operators of nightclubs to request their reopening on June 30, announced Thursday the union Umih (Union of trades and industries of the hotel industry). The latter believes that night establishments are victims of “Discrimination” being the only sector “To have no date” of resumption of activity.

→ ANALYSIS. Covid-19: the vaccine on the way to being recognized as a global public good

Scientists agree that the virus is transmitted mainly in closed places via aerosols, that is to say the invisible clouds of particles produced by the breathing, speech or cries of infected people, and which have tend to concentrate in the air if ventilation is poor.

The text of the summary asks “The Council of State to urgently integrate night establishments into the deconfinement plan in the same way as concerts and weddings”. “Indeed, these will be able to be held freely from June 30, while they take place in the same way, in closed places, in a festive context, with dancing and alcoholic drinks. On what basis can a respect for barrier gestures be legitimately invoked in one case, and a risk of epidemic spread in the other? “, wonders the sector.

► Tokyo Olympics: agreement between Pfizer-BioNTech and the IOC to provide vaccines to athletes

The Pfizer and BioNTech laboratories announced Thursday that they had entered into a memorandum of understanding with the International Olympic Committee (IOC) to provide vaccines for athletes and delegations from all countries participating in the Tokyo Olympics next summer.

→ EXPLANATION. Why keep the Tokyo Olympics without foreign spectators?

The IOC has always ruled out making vaccination compulsory for the Games, and even calling for a prioritization of athletes, but for months has been encouraging as many participants as possible to be vaccinated. The first deliveries of the BioNTech-Pfizer vaccine should begin “End of May where it is possible”, “In order to ensure that members of participating delegations receive their second dose before their arrival in Tokyo”.