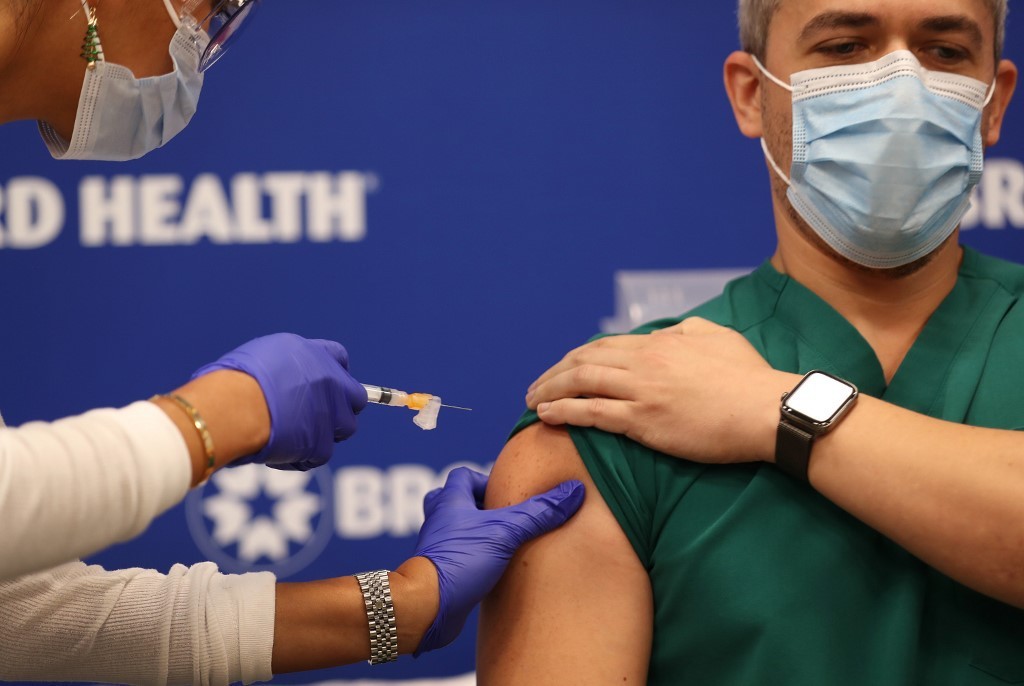 One million Americans have received a first dose of the Covid-19 vaccine, the director of the main federal public health agency in the United States announced on Wednesday, December 23, “Crucial” but which reflects delays in the immunization program.

“The United States reached a preliminary but crucial milestone today. Local authorities have now reported that more than a million people have received their first dose of a vaccine against Covid-19 “said Robert Redfield, as three million doses were delivered last week.

The goal of 20 million vaccines by 2020 difficult to achieve

But the head of the Centers for Disease Prevention and Control stressed that a “Difficult path” awaited the United States in this historic vaccination campaign. And Dr Moncef Slaoui, the senior adviser on the government vaccination program, told reporters that the goal of immunizing 20 million people by the end of the year would not be “Probably not reached”.

→ EXPLANATION. Covid-19: BioNtech confident about the effectiveness of its vaccine

Robert Redfield for his part called for Americans to continue to practice social distancing and wearing masks, until everyone in the United States is able to get a shot of the vaccine.

Two vaccines, those from Pfizer / BioNTech and Moderna, have so far been approved for distribution by health authorities in the United States, which began their vaccination campaign on December 14.

A “protective umbrella” for next summer

Immunologist Anthony Fauci, a highly respected figure in the United States in the fight against Covid-19, for his part said on Wednesday that if the operation to vaccinate the American population went off without a hitch, the country could reach a 70-85% immunity level by next summer. “When that happens, there will be a protective umbrella over the whole country”, he said.

According to the expert, priority populations, such as residents of retirement homes, caregivers, essential workers, or people at risk should receive an injection of the vaccine by March to early April.

“We could start in April what I call” the open season “for vaccinations, that is to say that anyone who wants to be vaccinated can be”, said the former White House adviser on the coronavirus.