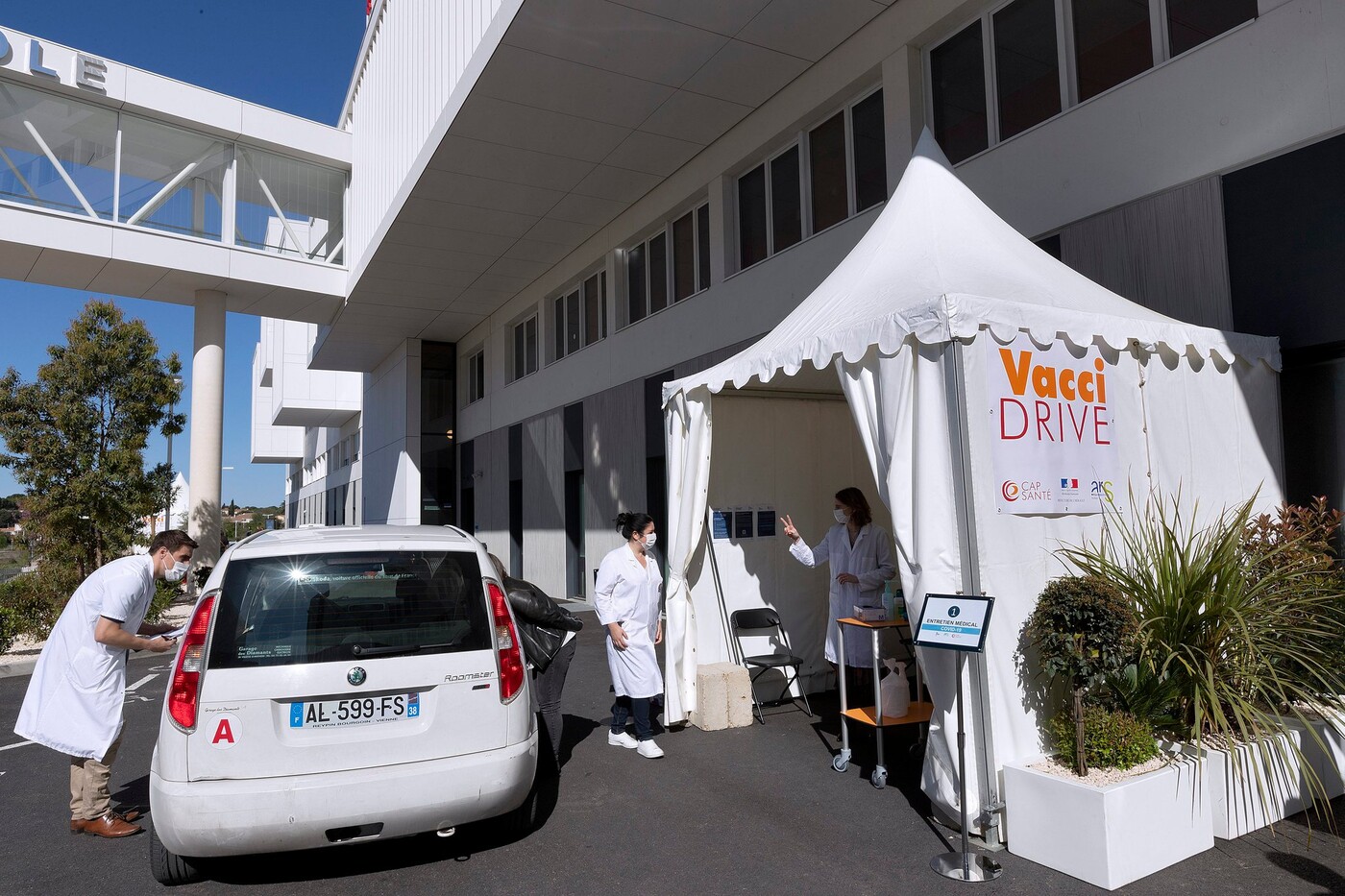 ► Europe crosses the threshold of one million dead

Europe has recorded more than a million deaths from Covid-19 since its discovery in China in December 2019, according to a count made by AFP from reports provided by the health authorities. This represents a third of the global death toll, which is approaching three million deaths.

In France, the mayor of the capital Anne Hidalgo has announced that he wants “Build a place of active memory” in Paris in tribute to the victims of the pandemic, whose death toll approaches 100,000 in France.

→ READ. Covid-19: the American regulator recommends a “pause” in the use of the Johnson & Johnson vaccine

This place of memory, the form of which has yet to be specified, will be the result of a partnership with the Covid-19 Ad memoriam institute, of which professors Jean-François Delfraissy and Françoise Barré-Sinoussi are honorary presidents, a specified the mayor of the capital at the opening of the council of Paris.

→ READ. Covid-19: Paris suspends “until further notice” all flights between Brazil and France

For his part, the President of the National Assembly Richard Ferrand said Tuesday April 13 on RTL that he was not in favor. ” at this stage “ to a national tribute, believing that the country was still ” in combat “ against the pandemic.

► The Covid will cost the State 424 billion euros, the French have saved 165 billion

The Minister of Action and Public Accounts, Olivier Dussopt, told the Figaro that the Covid-19 crisis will cost, in total, 424 billion euros in 2020, 2021 and 2022 to public finances. The figure, which was confirmed by the ministry to AFP, breaks down into 158 billion euros for the year 2020, 171 billion for this year – including 56 billion dedicated to emergency measures -, and 96 billion euros ‘euros in 2022. These sums include reductions in tax revenue and exceptional expenditure linked to the health crisis such as the solidarity fund and partial unemployment.

For its part, the Banque de France estimates that the additional savings due to the consumption deficit induced by the epidemic will reach 165 billion euros in France for the years 2020 and 2021. “Covid savings, we estimate it at 110 billion for 2020 and we expect that this year will add roughly half, 55 billion. In total, that makes a kind of growth reserve of the order of 6 or 7% of the GDP ”, said the governor of the central bank, François Villeroy de Galhau, on France Culture.

→ READ. Regional 2021: Jean Castex maintains the elections in June, postponed to the 20 and 27

► Opening of the first “vaccidrive” in France near Montpellier

The first “vaccidrive” in France, allowing you to be vaccinated by appointment, while staying in your car, opened Tuesday in Saint-Jean-de-Védas (Hérault), on the outskirts of Montpellier. The goal is to reach 100 doses per day of Pfizer.

→ ANALYSIS. Covid-19: should we fear the Brazilian variant?

“The real big difference [avec un centre conventionnel] is that people do all this in their vehicle ”, notes Alexandre Pascal, departmental delegate of ARS Occitanie. “The idea is to offer an additional means of getting vaccinated”, he said.

He specifies that the “Drive” whose endowment will be “Modest” in its infancy – 200 doses per week – adjoins a general public vaccination center “Classic” open at the Saint-Jean clinic since January.

► Jean-Michel Blanquer, contact case but tested negative, will isolate himself

The Minister of Education, contact case of a member of his team positive for Covid-19, will isolate himself, after having himself tested negative, a press release from the ministry announced on Tuesday. Jean-Michel Blanquer, who does not present “ no symptoms “, “Will keep all its commitments by videoconference, pending the results of a new test, as provided for in the protocol”, is it specified.

► Entry into force of the European health passport at the end of June?

The European Commission is targeting entry into force at the end of June of the health certificate intended to facilitate free movement in the EU with a view to the summer holidays, Commissioner Didier Reynders told MEPs on Tuesday.

Parliament is counting on the adoption of the draft regulation during its plenary session from June 7 to 10, following negotiations with the Member States on this “Green certificate” proposed by the Commission, intended to facilitate travel for Europeans who can certify that they have been vaccinated, have passed a negative PCR test or are immunized after being infected. And consequently avoid restrictive measures (quarantine, test) in the country of destination.

The German government on Tuesday approved a toughening of its infection protection law allowing it to now impose harmonized restrictions across the country to better combat the pandemic.

This project, which has yet to be ratified by the Bundestag, provides that beyond a threshold of 100 new infections per 100,000 inhabitants over three days, the federal state will impose night-time curfews, reducing contact between private persons or the closure of stores deemed non-essential, said the chancellery.

Above an incidence of 100, schools will only accept pupils tested twice a week and they will have to close when the incidence rate exceeds 200. This law gives the state increased powers over regions with which tensions had increased in recent times.