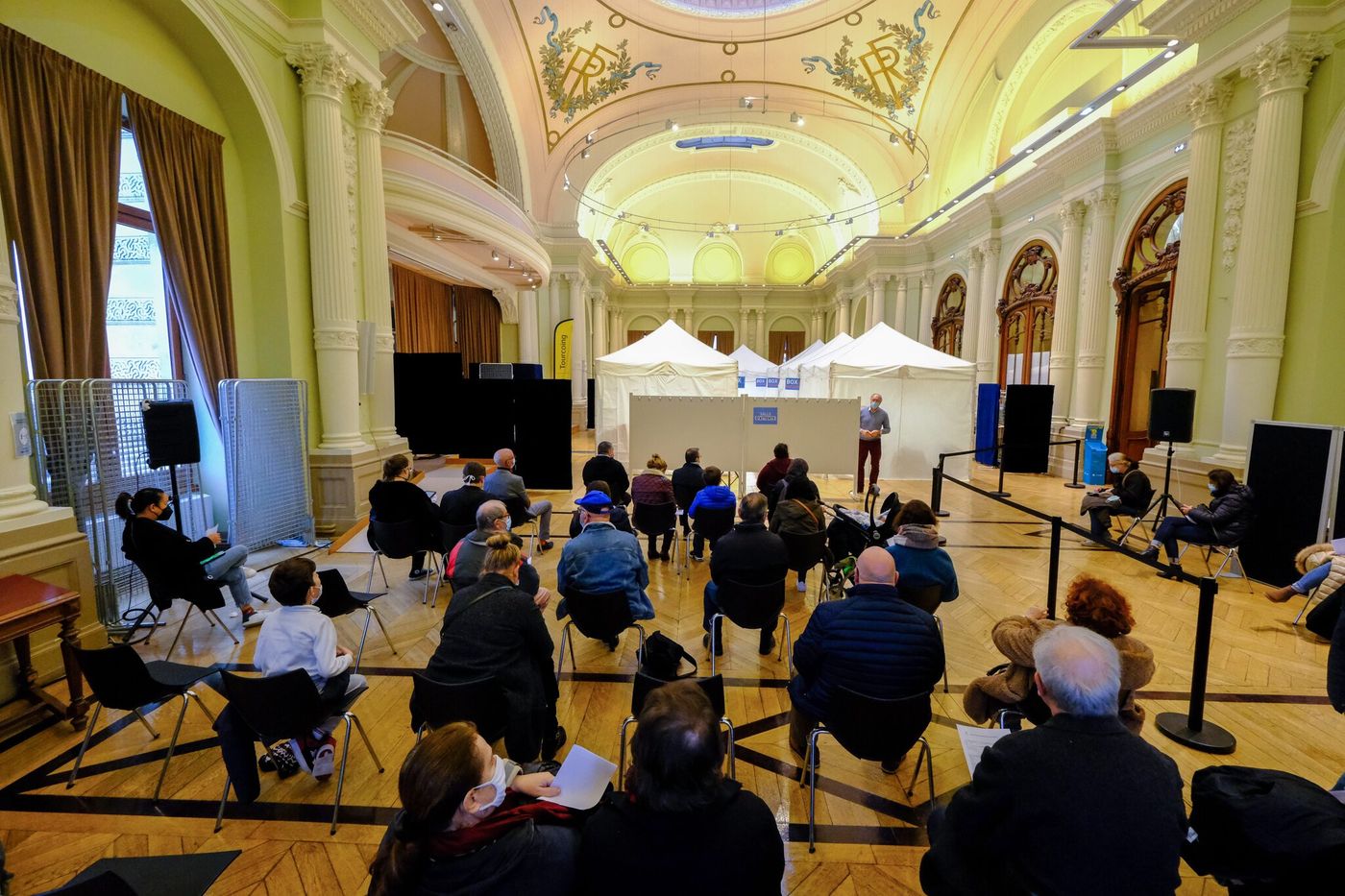 ► The executive plans 4,000 patients in intensive care around the holidays and announces a health defense council

With the increase in the number of Covid cases in France, the executive is preparing for a number of intensive care patients who “Should exceed 3,000 very quickly and reach 4,000 around the holidays”government spokesman Gabriel Attal said on Wednesday (December 15th). “Yesterday (Tuesday) again, there were nearly 1,700 people admitted to hospital and nearly 400 in intensive care ”, he said at the exit of the Council of Ministers.

→ ANALYSIS. Vaccination of children, the doubts of some parents

“The white plans put in place in many regions will make it possible to organize themselves and avoid congestion in the hospital at the end of the year”, he assured. He warned, however, that there could be “New decisions by the end of the week”. “We will meet in the next few days (…) to take the necessary measures ”, he said, mentioning an acceleration of the vaccination campaign and reminders, the strengthening of border controls, and the fact of“Adopt the necessary recommendations for family celebrations”. In the early evening on Wednesday, the Elysee Palace formalized the holding of a new health defense council on Friday afternoon, December 17.

► Update on the new measures in application

The children’s vaccination campaign ” at risk “, likely to develop serious forms of Covid-19, opened on Wednesday, probably before being generalized on a voluntary basis to all others in the days or weeks to come. The measure concerns 360,000 children, suffering from chronic hepatic diseases, chronic heart and respiratory diseases, neurological diseases, obesity, diabetes, primary immunodeficiency, suffering from trisomy 21, or living in the entourage of immunocompromised people.

→ PRACTICAL. “My health pass is deactivated on December 15, how can I get a booster dose quickly? “

As for the QR codes linked to health passes for people aged 65 and over who have not received a booster dose, they must be deactivated as of December 15. On Tuesday, the government spokesperson indicated that this measure would affect 400,000 French people, or, according to the health ministry, 12% of eligible people aged 80 and over and 10% of 65/79 year olds. These people, like the unvaccinated, must have a negative test of less than 24 hours to access a place or event subject to the pass.

► “Vaccination alone will not be enough” against Omicron, warns a European body

“In the current situation, vaccination alone will not allow us to prevent the impact of the Omicron variant, because there is no time to fill the still existing vaccination gaps”, said the director of the European Center for Disease Prevention and Control (ECDC), Andrea Ammon, in a video address.

The European Union health agency recommends a series of measures, including a return to telework and increased caution during end-of-year celebrations and trips. The new Omicron variant could become dominant among infections in Europe by mid-January, according to European Commission President Ursula von der Leyen. For its part, the World Health Organization warned on Tuesday that the Omicron variant is spreading “At a rate that we have never seen with any other variant”.

► Vaccine: Sanofi will publish its final results in the first quarter of 2022

Expected for the end of 2021, the final results of the clinical trial on Sanofi’s vaccine are postponed until the first quarter of 2022, pushing further marketing.

→ ANALYSIS. Covid-19: Sanofi is still postponing the arrival of its vaccine

The French group, which is developing this recombinant protein-based vaccine with the British GSK, unveiled interim results deemed positive as a booster dose on Wednesday, but it does not give a precise timetable concerning the date on which this vaccine could be available. “We will bring this vaccine next year”, only assured Olivier Bogillot, President France of Sanofi, while the recall campaign is in full swing.

► Johnson & Johnson vaccine can be used for booster doses

The European Medicines Agency (EMA) said Johnson & Johnson’s vaccine can be used for booster doses at least two months after the first dose in people 18 years and older.

“The recommendation follows data showing that a booster dose of the Janssen Covid-19 vaccine given at least two months after the first dose in adults resulted in an increase in antibodies against SARS-CoV-2”, the EMA said in a statement. “The risk of thrombosis in association with thrombocytopenia (TTS) or other very rare undesirable effects after a booster is not known and is the subject of careful monitoring”, said the EMA. This is the third vaccine – after those from Pfizer / BioNTech and Moderna – to be able to be used in the EU for a booster in adults.

► Omicron: schools closed before Christmas in the Netherlands

The Netherlands has announced that schools will close from December 20, a week before the start of the Christmas holidays, to prevent children from infecting older family members.

In addition, current health restrictions have been extended until January 14, including the closure of non-essential shops, bars and restaurants every day between 5 p.m. and 5 a.m.

► Covid-19: Italy strengthens entry restrictions on its territory for the holidays

Italy has formalized a restriction of the conditions of entry into its territory for travelers from the EU from Thursday, December 16, with the presentation of a mandatory negative test for all and a five-day quarantine for them. unvaccinated.

Until now, EU nationals could travel to Italy with a health pass attesting to a complete vaccination schedule, recent recovery or negative test. People arriving from outside the EU already had to be quarantined.