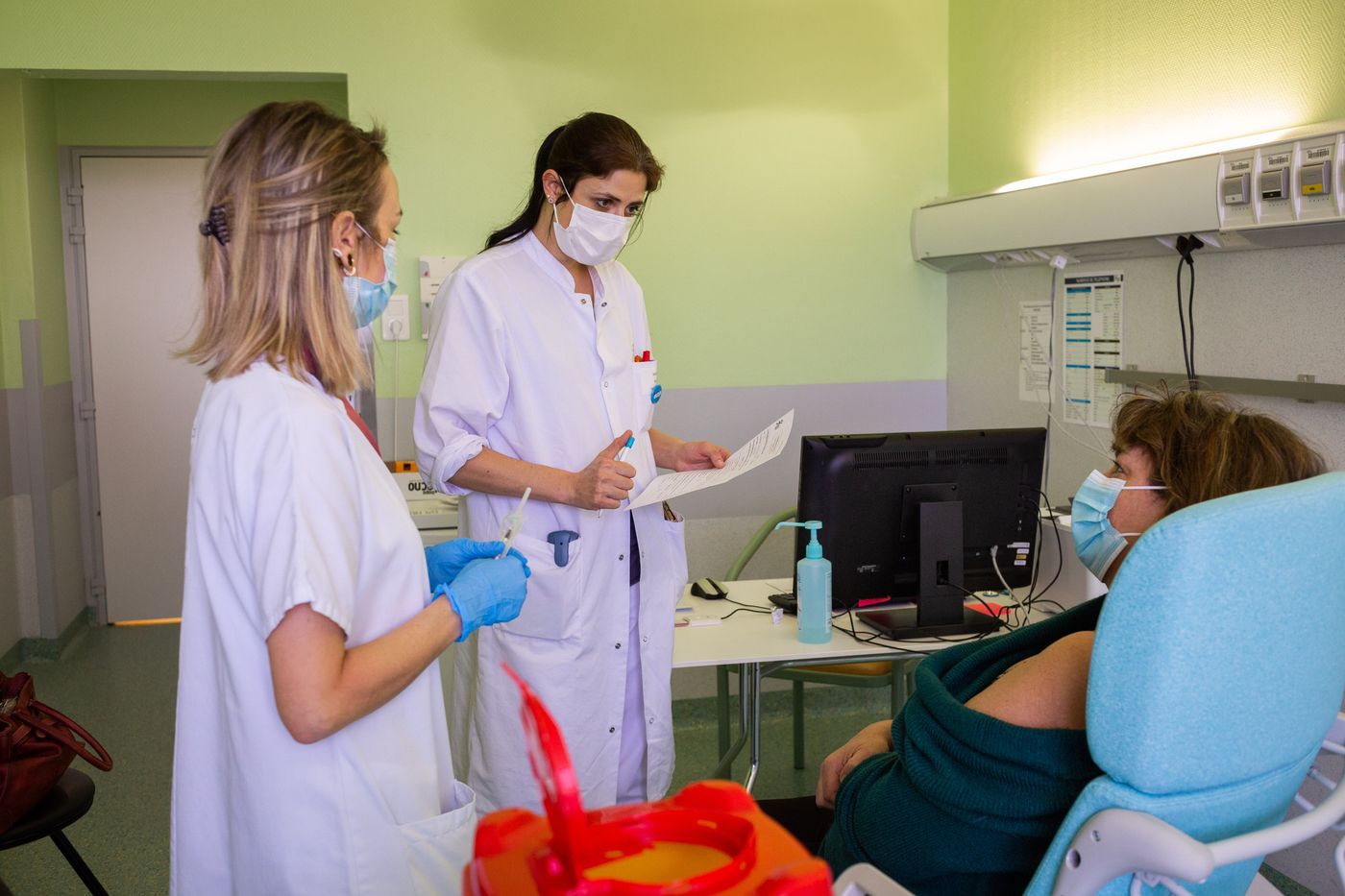 “I am devastated. “ The expression is radical, but at the height of the concern that surrounds Michelle Santangeli, vice-president of Fnadepa (National Federation of associations of directors of establishments and services for the elderly) for the Bouches-du-Rhône.

In the nursing home that she runs, in the south of France, six nursing assistants still refuse to be vaccinated against Covid-19. And for now, assure that they will not give in, despite the vaccination obligation established by law from September 15, for staff (nursing and non-nursing) working in health establishments. Six nursing assistants, out of a total staff of 60, this weighs heavily.

An act of responsibility

Why this refusal? Among the youngest, there is this conviction that the Covid will not affect them. Or at least not in serious form. In others, this inability to overcome the mistrust of the possible side effects of the vaccine. Another argument: stigma. Why should this obligation apply only to healthcare professionals? “I will get vaccinated when the vaccine is compulsory for everyone”, heard Michelle Santangeli. An argument that amazes the directors.

“The agents in nursing homes are, more than others, in contact with fragile and vulnerable populations. ” Corn “These fragile populations have been vaccinated”, disputes Odile, a nursing assistant in the north of France.

While the vaccine prevents the most serious forms, it does not, however, prevent contamination. Both minimize the risks of circulating the virus, therefore believe the health authorities. Message passed well by the majority of the agents, who, for some, accepted the vaccination by ethics of responsibility, in the absence of ethics of conviction. According to Public Health France, 71.2% of professionals working in nursing homes or USLDs (long-term care units) had received a first dose, as of July 27.

From September 15, the contracts of recalcitrant can be suspended. Problem, the shortage of manpower in the sector. Do nursing homes have the luxury of being able to do without staff? ” They need us “, assures Odile, who considers herself ” position of strength “.

→ INVESTIGATION. Who are the Christians opposed to compulsory vaccination?

If still the vaccine refractory were “Bad nursing assistants … But no, they are efficient, love their job”, regrets Michelle Santangeli, seized from the side “Irrational” of certain arguments. “Offering financial compensation would not even help. We are beyond that, the opponents would have the impression of being bought. “

Therefore, convincing the last reluctant will be ” complicated “, anticipates Édouard Prono, director of the Seigneurie, a large nursing home in Seine-Saint-Denis. Like many of his colleagues, he has bet so far on pedagogy. “We had to explain, repeat, dismantle the fake news. “ The work is done as a team with the attending physicians, health executives, the coordinating physician… when there is one (a quarter of nursing homes do not have one).

In vain for the cores of irreducible who say they are ready to make their choice, even if it means changing jobs. All directors contacted by The cross have expressed, at one time or another, the impression of a “Impossible dialogue”.However, thinking of the September 15 deadline, Edouard Prono admits, ethically, that he does not feel very ” comfortable. I am in denial. My brain convinces itself that something is going to happen by then. That we are going to achieve collective immunity, that the government will change its policy, that the individual and collective intelligence of the agents will take over. “

In the South, Michelle Santangeli is a bit more defeatist: “I will have to close beds or even more solicit the vaccinated staff, to compensate for the absences. ” For lack of finding enough temporary workers, some establishments are also looking for alternatives.

Nicolas Baudelot, co-founder of Medicalib, a platform for connecting liberal nurses and nursing homes, says he has already been contacted. These reinforcements will have a cost, for nursing homes and the community. Before arriving there, Michelle Santangeli plans to play the RTT, the holidays … “Until the last moment, I hope for a start. “

According to a note from the DREES (directorate of research, studies, evaluation and statistics) in 2020, three quarters of nursing homes have had at least one resident infected and one in five has experienced a so-called “critical episode.” ”, In which at least ten residents or 10% of all residents died. In total, 38% of all residents were infected and 5% died, or 29,300 deaths.

Vaccination began in nursing homes in December 2020. The number of nursing homes affected by Covid-19 then significantly decreased. 4,700 residents died from the virus in January-February 2021, then 600 between March and May 2021.