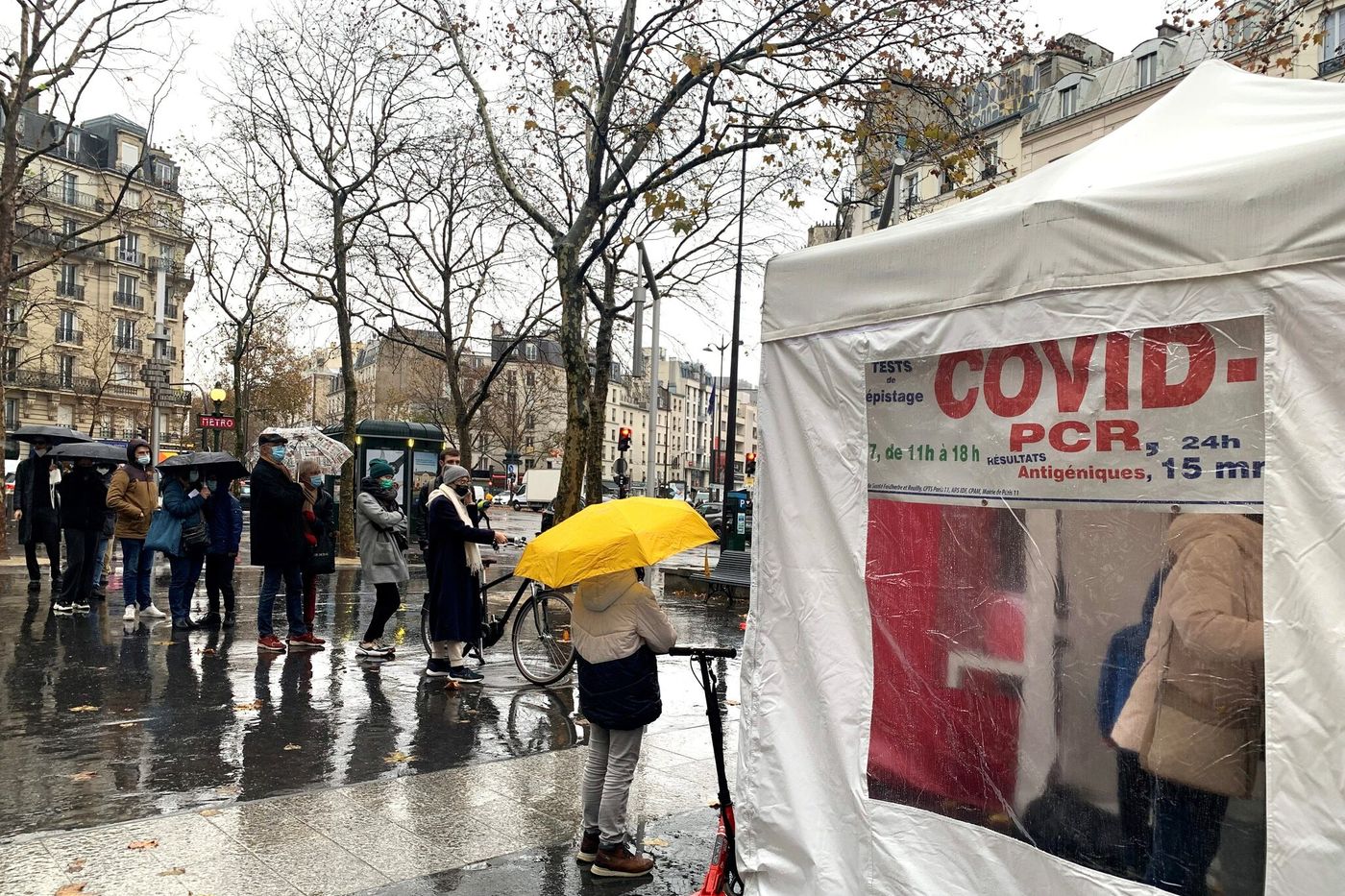 New record of Covid-19 contamination in France on Wednesday, December 29. The country has just recorded 208,000 cases in the last 24 hours, thus crossing for the first time the symbolic threshold of 200,000 cases, according to figures unveiled by Olivier Véran. ” Numbers that make you dizzy », Reacted the Minister of Health, evoking a« tsunami “.

→ DEBATE. Is the vaccination pass a disproportionate attack on freedoms?

Faced with the outbreak of contaminations, ” 10% of the French population is in contact “And the unvaccinated have” little chance of passing between drops, the virus circulates too much “, Estimated the minister, the voice serious. Monday evening, he had predicted that ” we could reach over 250,000 cases per day by the beginning of january “. Globally, more than 935,000 cases were detected on average every day between 22 and 28 December, a record.

The discos, closed on December 10 for one month because considered to be very conducive to contamination, will remain closed for three more weeks in January, as in most neighboring countries. “On January 3, like the other sectors which have been announced by the Prime Minister, for three weeks there will be the renewal of the closure which concerned them”, announced the Minister of SMEs Jean-Baptiste Lemoyne on France Inter.

The prefect of Reunion, Jacques Billant, announced on Wednesday the establishment of a curfew on the island from Saturday evening (1er January), from 9 p.m. to 5 a.m., for three weeks, due to the deterioration of the health situation caused by the outbreak of the Omicron variant.

He also announced the ban on cultural, sporting and commercial gatherings and events on public roads, the ban on private festive gatherings in municipal halls or municipal gymnasiums, as well as gauges in all establishments open to the public. , depending on the size of the establishments.

► United Kingdom: 90% of patients in intensive care have not had a booster dose

Up to 90% of patients admitted to intensive care in the United Kingdom have not received a vaccine booster dose, British Prime Minister Boris Johnson said on Wednesday, once again ruling out tightening restrictions before the New Year. “If you are not vaccinated, you are on average eight times more likely to end up in the hospital”, he stressed.

Faced with a meteoric spread of the Omicron variant, with a record of nearly 130,000 cases recorded on Tuesday in England and Wales, the United Kingdom has launched a massive vaccine booster campaign, which has already made it possible to administer a dose additional to almost 57% of the population over 12 years of age.

Belgian justice on Tuesday suspended the closure of theaters and performance halls announced last week in Belgium by Prime Minister Alexander De Croo to stem the spread of the Omicron variant.

→ ANALYSIS. Covid-19: in Morocco, the tourism sector in agony

The authorities have not demonstrated “How theaters in the cultural sector are particularly dangerous places for the health and life of people as they promote the spread of the coronavirus, to the point that it is necessary to order their closure”, estimated the Council of State, the highest Belgian administrative court.