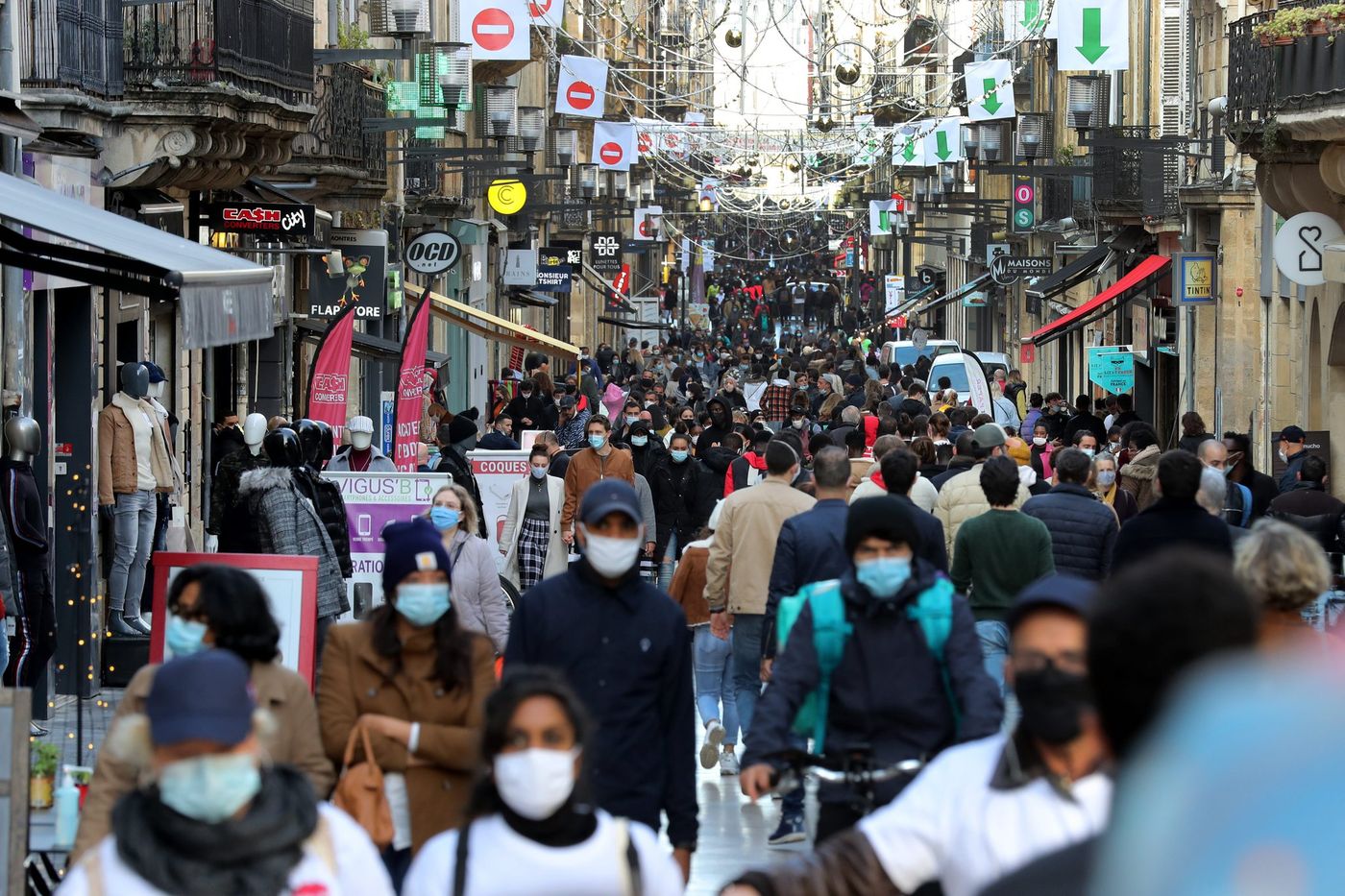 ► Wearing a mask compulsory in Gironde

In front of “A brutal health degradation” linked to Covid, the Gironde prefecture made the wearing of a mask compulsory in central Bordeaux and in tourist areas on Tuesday July 27.

The obligation to wear a mask, along with a ban on alcohol consumption on public roads (excluding authorized terraces), will come into force on Wednesday July 28 until August 31 in resorts such as Lacanau, Lège-Cap-Ferret or Arcachon, specifies the prefecture in a press release. Certain places remain exceptions such as gardens, parks, natural spaces and beaches.

Throughout the Gironde, the mask must be worn “In markets, flea markets, queues or collective reception of minors” and “The measure applies to anyone over eleven years old and traveling on foot”, she says.

It is now most of the Atlantic seaside resorts of Sables-d’Olonne (Vendée) on the Spanish border that are affected by such measures. The prefectural authorities of Vendée, Charente-Maritime, Landes and Pyrénées-Atlantiques have in fact recently issued similar orders.

► Health pass: an employee may be made redundant, according to Élisabeth Borne

An employee may well be dismissed if he does not produce a health pass, specified on BFMTV / RMC the Minister of Labor, Élisabeth Borne, after the vote in Parliament, Sunday, July 25, on the contested extension of the device.

“We must not let employees believe that there can be no dismissal”, after the vote of Parliament, which raised the possibility of dismissal for people who do not respect the vaccination or health pass obligation, “We are in the common law of the Labor Code”, did she say.

→ ANALYSIS. Health pass: the suspension of the employment contract will not prevent a subsequent dismissal

The law provides for a “Authorization of absence to be vaccinated during his working time without loss of remuneration, and that if the employee cannot provide a valid health pass, he has an interview with his employer to see how he can meet his obligation ( taking RTT or holidays, repositioning on a post that does not require the health pass) ”, recalled the minister. It also specifies that if the employee still cannot produce a valid health pass, a procedure for suspending the employment contract will be initiated, resulting in a suspension of salary.

70% of the adult population of the European Union (EU) has received at least one dose of the anti-Covid 19 vaccine, announced the European Commission, which called for not lowering its guard in the face of variants. More than half of adults (57%) are fully vaccinated, Commission President Ursula von der Leyen said in a statement.

→ TO RE (READ). 70% of adults vaccinated in Europe by July: is it achievable?

Faced with the dangerousness of the Delta variant, she called for continuing the effort and invited all those who have the possibility to be vaccinated. “The number of cases is on the rise again in Member States and some are worryingly behind schedule with regard to vaccination”, for his part deplored the Commissioner for Health Stella Kyriakides. “Projections show that we will reach our goal of guaranteeing a full vaccination of at least 70% by the end of the summer”, estimated this one. The EU will continue to provide the number of vaccines needed, the Commission assured.

Schools closed by the pandemic must be reopened, Unicef ​​urges, while 600 million school-age children are currently affected by anti-Covid restriction measures.

“This cannot continue (…) schools should be the last places to close and the first to reopen”, pleaded James Elder, spokesperson for the UN agency in charge of children during a UN press briefing, while acknowledging that the choice was sometimes difficult for the authorities.

“Education, security, friends and food have been replaced by anguish, violence and pregnant teens”, hammered the spokesperson, who cited the example of Uganda, where pregnancies among girls aged 10 to 24 jumped by 20% between March 2020 and June of this year. According to a World Bank study, the pandemic will cost this generation of students $ 10,000 billion in lost income.

The World Bank and the Covax system have put in place a new financing mechanism that should make it possible to immunize 250 million people in poor countries by mid-2022, according to a joint statement released on Monday, July 26.

This new funding mechanism should allow the 92 member countries of Covax, the poorest, to buy additional doses beyond the quota already fully funded by donor countries, said the press release.