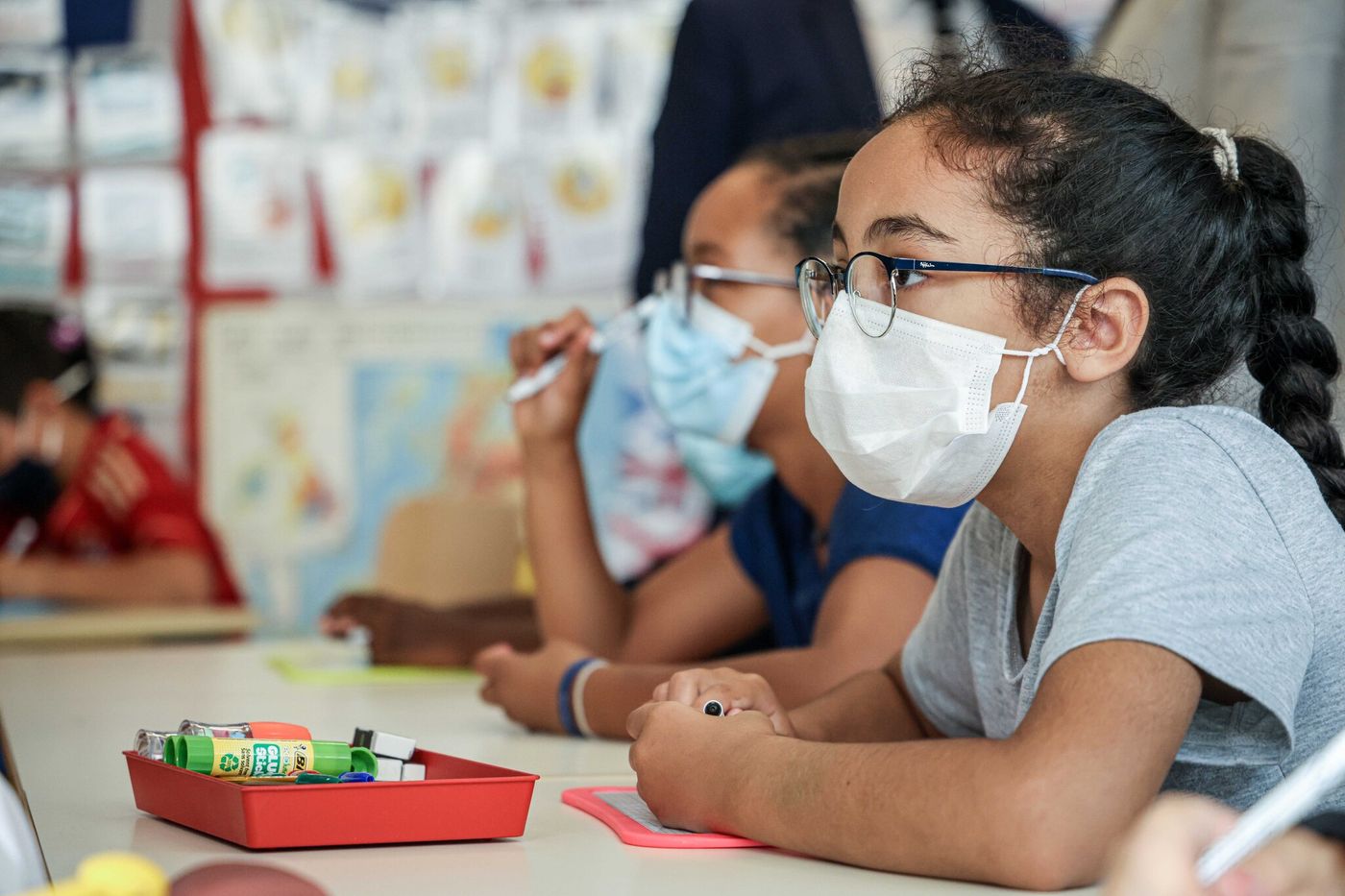 The obligation to wear a mask in primary school will be lifted from October 4 in the departments least affected by the Covid-19 epidemic, government spokesman Gabriel Attal announced on Wednesday September 22.

“From Monday, October 4, in the departments where the incidence rate stabilizes below the threshold of 50 per 100,000 inhabitants, the school protocol will go to level 1, which essentially means that the obligation to wear a mask in primary school will be lifted ”, he said after the Council of Ministers. Tuesday, 41 departments out of 101 were below this threshold, while the decline of the epidemic “Is confirmed day after day”, welcomed the government spokesperson.

→ TESTIMONIALS. Covid-19: the end of the mask in primary school, between joy and worry

The health pass is, however, maintained for the moment in all French departments, said the spokesperson. He argued that the device was “A very effective tool for keeping open places that would have had to be closed if the sanitary pass had not existed”.

More than six billion doses of vaccines have been administered worldwide, according to an AFP count from official sources. Vaccination in the world has progressed at a steady pace for three months: the level of six billion injected doses was reached in 29 days, in the wake of the fourth and fifth billion reached respectively in 30 and 26 days.

→ ANALYSIS. Slowness to vaccinate will slow the economy of emerging countries

On the other hand, vaccination is still not taking off in poor countries, especially in Africa. In a report published on Wednesday, the NGO Amnesty International accuses vaccine producers of fueling a “Unprecedented human rights crisis”, and calls for the granting of two billion doses to poor countries.

Confronted for the first time with the virus, New Caledonia recorded 16 deaths in 24 hours, the heaviest toll since the start of the epidemic in the archipelago in early September. The territory “Is going through a crisis never seen in its entire history”, thus alerted Gilbert Tyuienon, one of the spokespersons for the local government.

According to the local hospital, the country is entering the hardest phase of the epidemic and it could last a long time despite measures taken to break the chains of transmission, such as containment and curfew in effect until October 4. In total, 49 people have died from Covid-19 since the discovery of the first indigenous cases in early September.

The caregivers who shared the QR code of Emmanuel Macron’s health pass on social networks “Have been identified”, said Health Insurance. “It is an ethical fault, (and) the National Health Insurance Fund has appealed to the National Council of the Order of Physicians, which is the competent body for matters concerning ethics in the health sector”government spokesman Gabriel Attal said.

Emmanuel Macron’s QR code had been shared in recent days on several social networks. The Élysée has confirmed the authenticity of the document, deploring that health professionals have consulted the vaccine file of the President of the Republic – including the famous QR code – and have circulated the data “Either by negligence or by wrongdoing”.