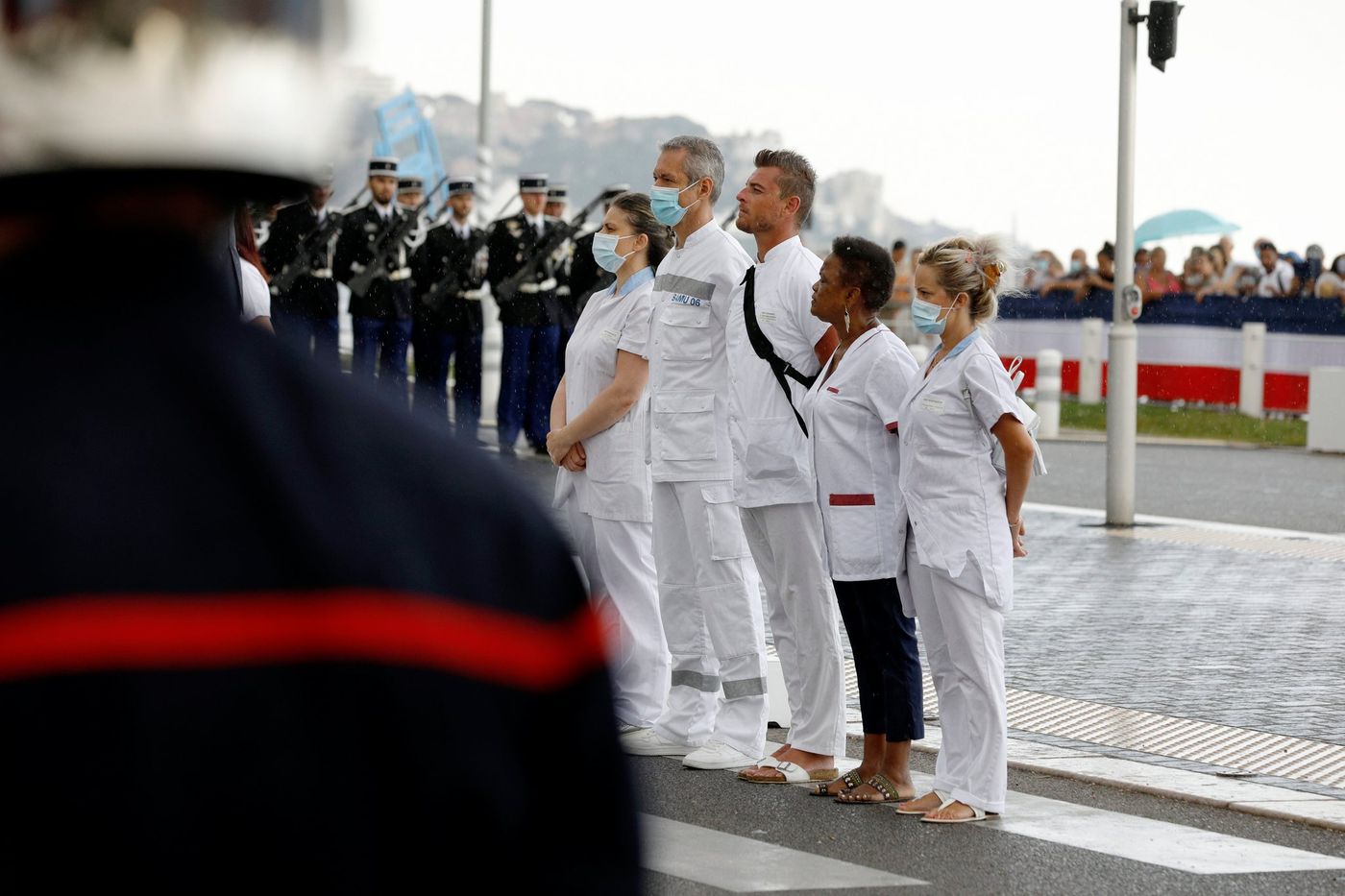 ► No parade of July 14 without health pass

People wishing to attend the July 14 military parade on Wednesday on the Champs-Élysées in Paris will need to have a health pass and wear a mask, the police headquarters announced on Monday, July 12.

“Given the epidemic situation, several health measures will be compulsory for parade spectators, whether they are attending the festivities in the stands or along the avenue des Champs-Élysées”, indicates the prefecture. “Each person must be provided with one of the three proofs (a complete vaccination schedule, a negative test or a test proving a recovery from Covid-19, Editor’s note) to enter the perimeter of the parade”. Wearing a mask will be compulsory. Furthermore, “A gauge will be applied to regulate the access of people along the avenue des Champs-Élysées”.

The prefecture recommends that spectators arrive on site in advance to maximize their chance to enter the parade perimeter.

British Minister of Health Sajid Javid confirmed on Monday July 12 the lifting of most restrictions linked to the Covid-19 pandemic in England on July 19, as planned by the government.

“We are convinced that it is time for our country to return to normal life, so we will take the next step in our exit plan on July 19”, underlined the minister in front of the deputies.

► Malta wants to close its borders to the unvaccinated

The European Commission wants to convince Malta to reverse its decision to close its borders to unvaccinated people, European Justice Commissioner Didier Reynders said on Monday (July 12th). Malta had indeed said Friday to be the first country in the European Union (EU) to close its borders to unvaccinated travelers, hoping to curb an upsurge in new cases of Covid-19. But on France Inter, Didier Reynders recalled that the adoption of the health pass by the EU was binding on member countries.

→ UNDERSTAND. “Can we travel freely in the European area with the Covid?” “

“There is a recommendation adopted by the 27 States, which starts from the idea that the passport is sufficient in itself, unless the health situation were to deteriorate”, explained the commissioner. “We are therefore going to discuss with Malta so that it accepts the PCR tests”, he added.

The small Mediterranean island of 500,000 people boasts of being the most vaccinated country in the EU, with 79% of the adult population having received two doses of the vaccine.

► Covid-19 worsens famines around the world

The Covid-19 pandemic will have long-term effects on world food security, after contributing in 2020 to a surge in the number of people facing hunger, warns the FAO, the United Nations specialized agency, on Monday, July 12.

“All of this has been exacerbated by the pandemic situation”, according to Dominique Burgeon, director in Geneva of the FAO office at the United Nations.

Cancer patients affected by Covid-19 present “A greater and earlier risk of mortality”, according to an observational study conducted by the Léon-Bérard center, which specializes in the fight against cancer.

The ONCOVID-19 study, published in the British Journal of Cancer on June 16, is based on 1,162 cancer patients with symptoms suggestive of Covid-19 disease, between 1er March and May 21, 2020.

► Chinese firms to the rescue of the Covax program

Sinopharm and Sinovac, two Chinese companies that produce a vaccine against Covid-19, announced the supply of 110 million doses to the Covax program, and more than 700 million doses over time. Headed by the WHO, Covax must provide poor countries with access to vaccination. However, since India suspended deliveries and rich countries appropriate the most effective serums, the program is slipping.

As of July 12, the system had distributed more than 102 million doses of vaccine to 135 countries. Much less than the objectives posted at the start of the year.