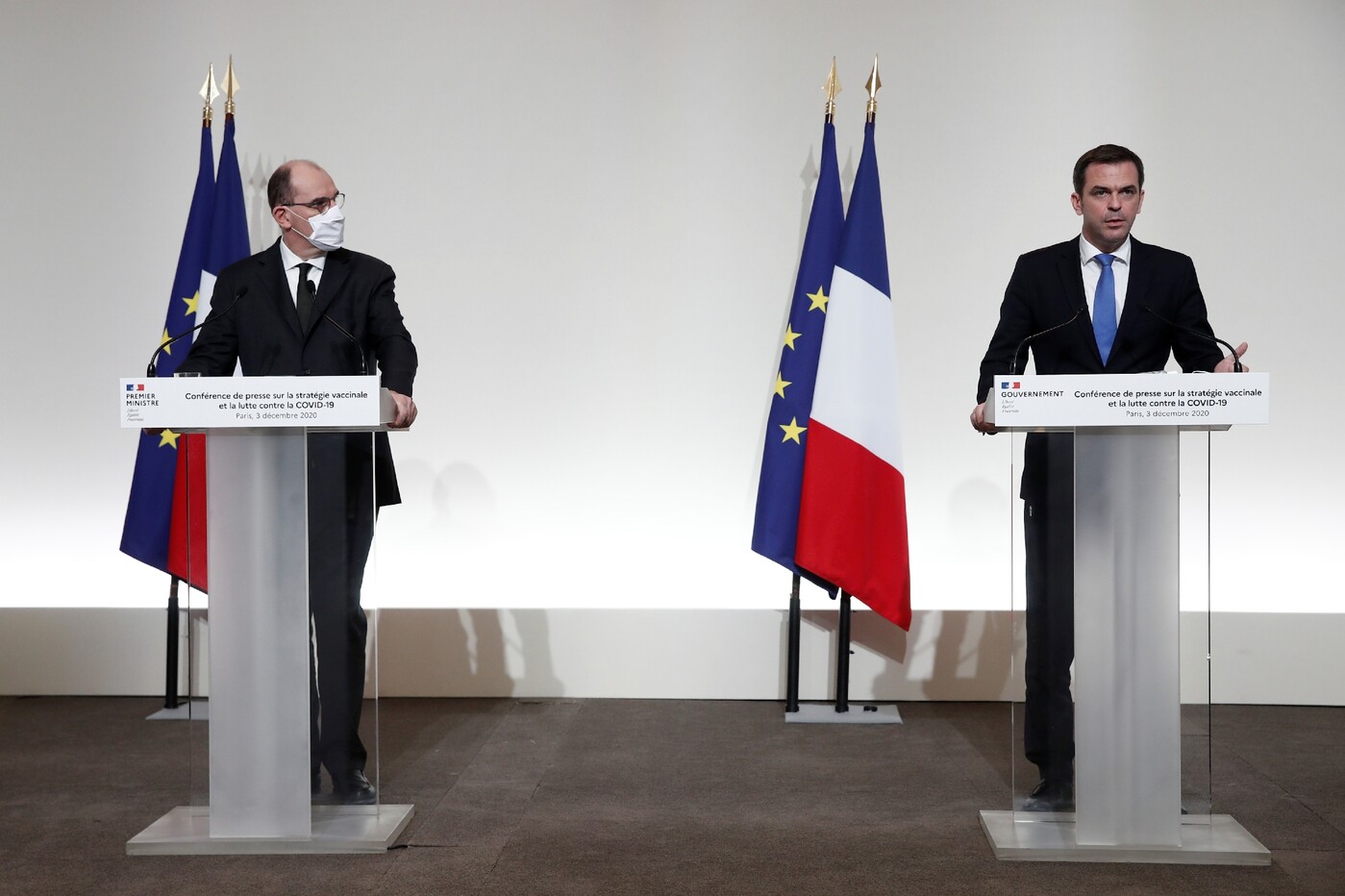 Jean Castex insisted on the imperatives of ” security “ and of “Transparency” by exposing Thursday, December 3 the vaccine strategy against Covid-19, a decisive step that the executive does not want to miss in the fight against the epidemic, after having stumbled on the masks and the tests.

Vaccination, which will be free for all, will begin in January for seniors in institutions (one million), in February for people who are fragile due to their age or pathologies (14 million) then in spring for the entire population. , indicated the Prime Minister, relying on the recommendations of the High Authority of Health (HAS).

Thanks to orders taken at European level, “France will have a potential of 200 million doses, which would make it possible to vaccinate 100 million people” since the vaccine currently requires 2 injections a few weeks apart, underlined the head of government. The two vaccines Pfizer / BioNtech and Moderna will be available at best in the last days of December, if not from January, after authorization from the European and French health authorities.

→ EXPLANATION. The benefit-risk balance, the challenge of vaccines against Covid-19

To ensure free access, the government has budgeted 1.5 billion euros for this purpose in the social security budget for 2021. “Our first objective is to ensure that France has enough vaccines for its population. And obviously, and this is another advantage of the negotiations conducted at European level, in the end we will only pay what is actually delivered to us ”, underlined the Prime Minister.

The vaccine strategy, coordinated by infectious disease specialist Alain Fischer, “Will be presented to Parliament” during the month of December as part of a debate provided for by article 50-1 of the Constitution, added Jean Castex who“Commits that all the transparency, all the pedagogy be done on the decisions that we will take”. The “Transparency”, he insisted, is a “Imperative” It front of “Reluctance, even sometimes the fears expressed by some of you”.

The elderly in nursing homes in priority

While the United Kingdom on Wednesday became the first country to approve the massive use of the Pfizer / BioNTech vaccine, which will be deployed as early as next week, the French government also intends to take this turn but cautiously. “It will not be a compulsory vaccination strategy but a strategy of conviction and transparency”, reaffirmed Emmanuel Macron on Tuesday 1er December.

→ THE FACTS. Covid-19: the Pfizer-BioNTech vaccine authorized in the United Kingdom

Mistrust of vaccines is indeed stronger in France than among its neighbors. Knowledge is the best way to “Immunize against fears”, underlined Thursday the Minister of Health, Olivier Véran.

The government will take up the recommendations made Monday by the HAS, starting with the elderly living in nursing homes and at-risk employees of these establishments. “The choice of people who should be vaccinated as a priority is not the responsibility of the government but of the HAS which, moreover, pronounced itself at the beginning of the week, on the basis of an independent expertise that we obviously intend to respect”, underlined Jean Castex.

At Christmas, a gauge of six adults at the table

The executive does not want to miss the vaccination campaign after the hiccups on the masks or the delays on the tests. A report by the Assembly’s commission of inquiry on crisis management, led by the LR right, overwhelms the government and its “Faulty piloting”. LREM denounced a “Partial and partial report”.

The Prime Minister welcomed, in front of the deputies of the majority, health results “Among the best in Europe” even if“They are not yet sufficient”, suggesting a further easing of restrictions on December 15. But the government remains vigilant as the end of year holidays approach. For example, the Prime Minister said that the government recommended a gauge of six adults at the table, not counting children, for the holidays.

“The circulation of the virus continues to decline, from week to week”, welcomed the Prime Minister, citing pressure on hospitals that ” relaxes “ with 3,488 people in intensive care on Wednesday evening and the prospect of “In the days to come below the bar of 10,000 daily cases on average”.