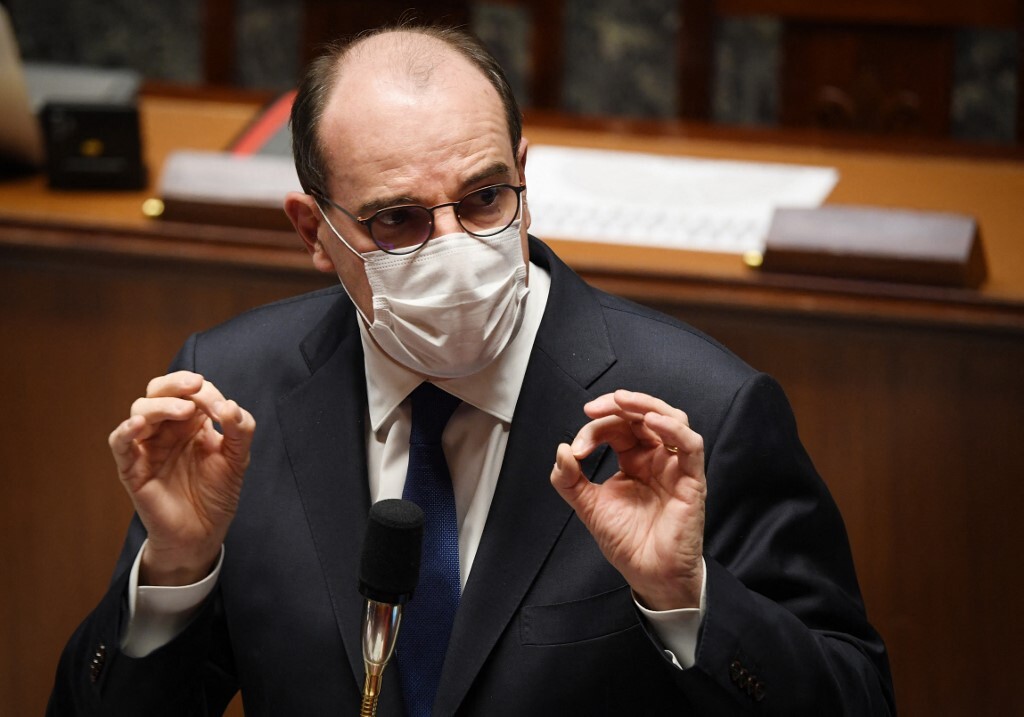 France has entered “A form of third wave” the Covid-19 epidemic, “Characterized by numerous variants”, estimated Jean Castex, Tuesday March 16 in front of the National Assembly. Prime Minister still places vaccination “At the forefront of strategy” to try to stem it.

→ EXPLANATION. Covid-19: will the suspension of AstraZeneca slow down the vaccine campaign?

“The epidemic plays overtime”, he stressed, one year to the day after Emmanuel Macron ordered the first confinement. After observing a few seconds of silence for the 90,000 dead from the Covid, Jean Castex called for “Respect more than ever the elementary gestures which for a year have been a joint guarantee in the face of pandemic progression”.

Self-tests on nasal swabs to detect infection can now be used by people without symptoms over the age of 15, according to the Haute Autorité de Santé (HAS). Any positive antigenic self-test must then be confirmed by an RT-PCR test, which also makes it possible to characterize the variant present, specifies the HAS.

This new tool completes the arsenal of screening, and gives results in “20 to 30 minutes”, said Professor Dominique Le Guludec, president of the health authority. The result is visualized as for a pregnancy test. The nasal sample taken for the self-test is shallower (3-4 cm) and less unpleasant than the nasopharyngeal sample for the classic RT-PCT tests.

→ READ. The Macron bonus renewed for the “second line”

Self-test manufacturers will each have to submit their test to the ANSM drug agency, with the final decision resting with the Ministry of Health.

► The European regulator “convinced” of the benefits of the AstraZeneca vaccine

The European Medicines Agency (EMA) has said “Firmly convinced” the benefits of the AstraZeneca vaccine, the use of which has been suspended by several countries worried about possible side effects. The World Health Organization – whose experts looked into the subject on Tuesday – as well as the AEM recommended continuing to administer the AstraZeneca vaccine.

WHO stressed that there was no ” report “ proven at this stage between the vaccine and serious blood problems seen in vaccinated people, and the European regulator believes that the benefits “Outweigh the risks”.

► Beginning of Moderna vaccine trials on thousands of children

The American biotech company Moderna has announced that it has started trials of its vaccine on thousands of children aged 6 months to 11 years. This clinical trial involves a planned total of 6,750 children in the United States and Canada, said Moderna, which already produces an anti-Covid vaccine for adults administered in two injections separated by four weeks.

→ ANALYSIS. Covid-19: major maneuvers for a (future) return from travel

This trial, for which the first doses have started to be injected, will make it possible to study “Safety, tolerance, reactogenicity (production of adverse effects, Editor’s note), and efficiency “ vaccine, the company said in a statement. Further trials of Moderna’s vaccine have been underway since December on adolescents aged 12 to 18.

► WHO: the report on the origins of the Covid “very likely” next week

WHO experts dispatched to China in January to study the origins of the pandemic will publish their report, drawn up with Chinese experts, ” very probably “ next week, not this week, the UN agency said. “The report is just not ready”World Health Organization spokesperson Christian Lindmeier said at a UN press briefing in Geneva.