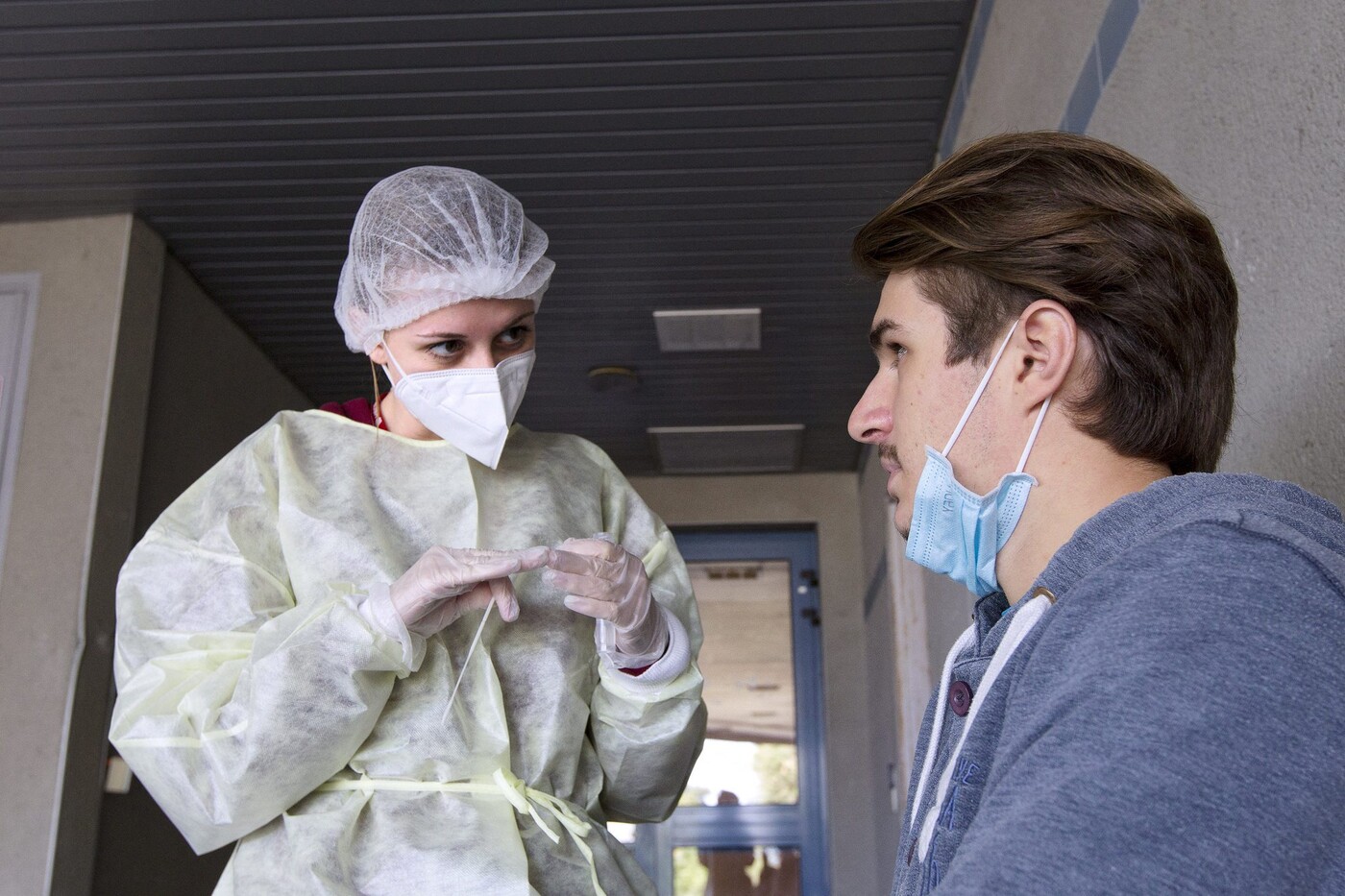 Is this the consequence of an English variant now predominant in the territory or the natural evolution of an epidemic that first affected the elderly? The observation, in any case, is there: patients hospitalized for Covid-19 are younger than before. “They are on average ten years younger than those we received during the first wave and have little or no comorbidities”, indicates Doctor Véronique Mondain, head of the infectious disease department of the CHU de Nice.

Good health which, paradoxically, does not always facilitate care. “As these are healthy people, they do not feel concerned by the virus and react later. They are subject to what is called happy hypoxia: they are in respiratory failure but do not realize it. So much so that when they arrive at the hospital, they are already at the limit of their capacities ”, summarizes the infectious disease specialist.

A specificity also observed at the Toulon hospital center, where Dr Clarisse Audigier-Valette, pneumo-oncologist, heads the “Covid pneumo” unit. “These patients are very deceptive because they are physically offensive, she explains. They present a very reassuring saturation, linked to the fact that they better support the lack of oxygen and recover quickly. But with the effort, they run out of steam. It is only by doing a gas measurement that we realize the drop in oxygen in the blood. ” The risk ? Send them home, where they could “Decompensate”.

At Toulon hospital, two thirds of patients in intensive care are under 50 years old and the youngest hospitalized patient is just 22 years old. To take this new situation into account, the interrogations of the medical regulators of the Samu have evolved, in particular in the Var, where the English variant circulates strongly. “They ensure in particular that these patients do not show respiratory signs on exertion”, reports Doctor Clarisse Audigier-Valette.

A rather different course of the disease

The treatment does not change. “The key is oxygenation “, sums up the latter, which now has an adage: “When we saw a Covid, we saw ten. ” It nevertheless describes a rather different course of the disease. “The signs of infection are earlier but the worsening tends to occur later, between the 10e and the 15e day, whereas it occurs rather between the 7e and the 10e in the classic Covid, underlines the doctor. The observed lymphocyte levels are also lower, which is a criterion of seriousness. This means that the body has trouble defending itself against a viral load which is very high ”, explains the doctor. With the consequence of stays on average twice as long, increasing hospital pressure.

→ EXPLANATION. Covid-19: what do we really know about cases of reinfection in France?

“In the majority of cases, the vital prognosis is not impacted, reassures Véronique Mondain. But it’s a shame to undergo a stay in intensive care when you could do without. We always leave a few feathers there … “

Consequences on the workforce

In the early days, the very rapid spread of the English variant overtook the hospitals, which saw the sick pouring out in clusters. “Before, an infected person would infect one or two others. Today, we see whole families arriving ”, testifies Clarisse Audigier-Valette. A phenomenon of which caregivers were the first victims.

According to Professor Michael Darmon, hospital clusters even constitute the “Main difficulty” facing the English mutant, more transmissible. “The teams are very conscientious, but they have been on the bridge for a year. Exhaustion can lead to careless mistakes ”, underlines this doctor of the intensive care and intensive care unit of the Saint-Louis hospital, in Paris. Now who says contamination, says “Eviction of personnel”. “As this version is contagious for a longer period of time, absences tend to be longer”, adds the professor, who testifies to “Complicated domino games” to find available beds.

However, this variant has an advantage, according to Clarisse Audigier-Valette: that of being more symptomatic and therefore more easily identifiable. Because varying or not, the rule is, in principle, the same for everyone: “As soon as a caregiver shows signs, he is immediately arrested. “

The proportion of suspicions of the English variant became the majority nationally according to the latest epidemiological bulletin from Public Health France, and amounted to 59.5% between February 22 and 28.

86 departments have a proportion of suspicions of the English variant greater than 30%. This proportion exceeds 50% in 57 departments. “These variants have been detected in all metropolitan regions”, specifies Public Health France.

The South African and Brazilian variants accounted for 6.3% of suspicions. The latter nevertheless exceed 10% in nine departments.

The highest proportion of suspected variants concerns those under 20.