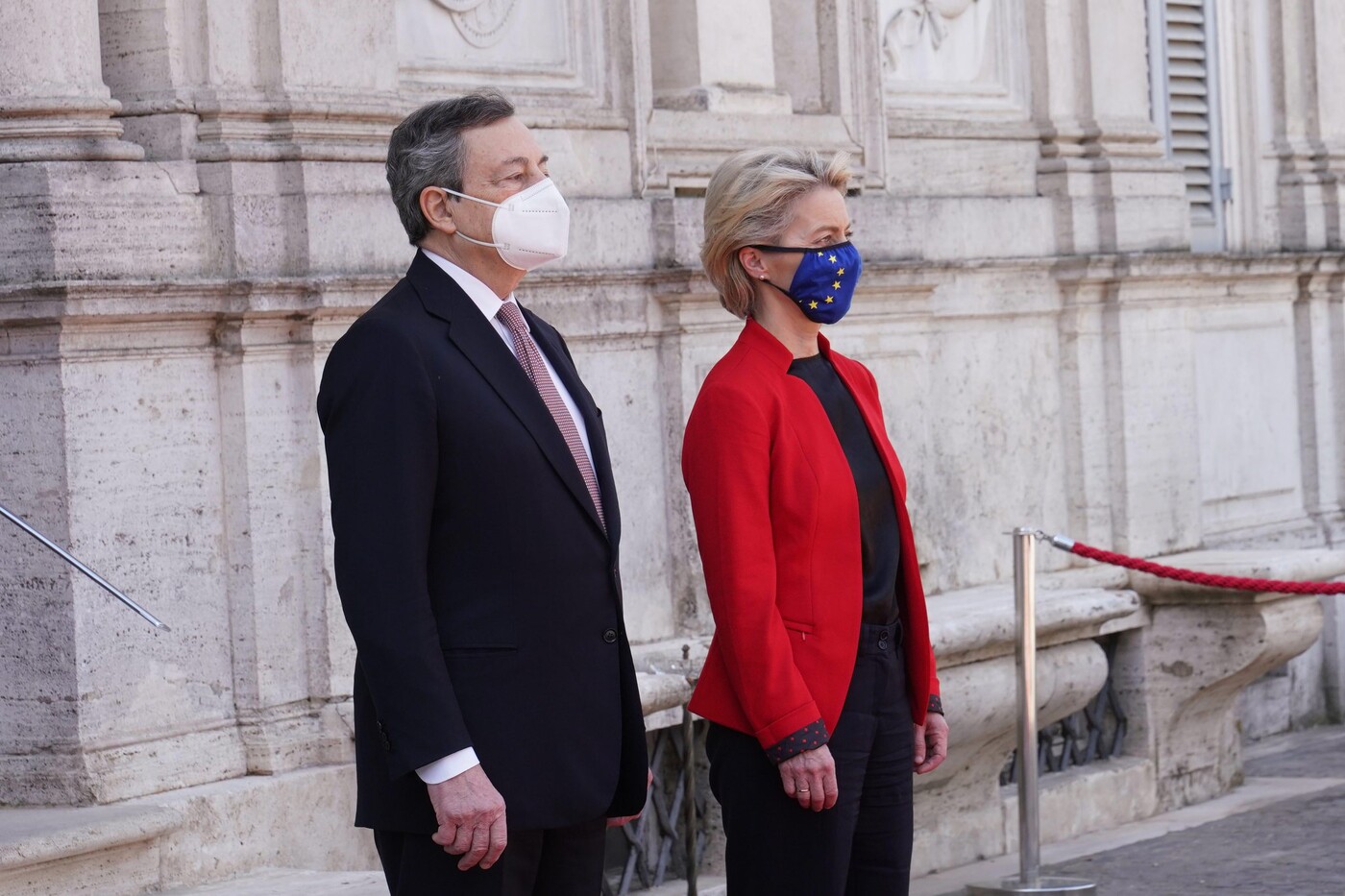 [RÉCAP] The main points of the World Health Summit

♦ Ursula von der Leyen, President of the European Commission, at the initiative of the Summit together with the Italian Presidency of the G20, underlined the “Promises” – funding, and donations of vaccines – made throughout the meeting, calling for them to be followed up “Concrete acts”.

♦ Among other announcements by heads of state during the afternoon, Emmanuel Macron announced on behalf of France the donation of“At least 30 million doses of different vaccines” to the Covax program, the global mechanism for delivering vaccines to poor countries, by the end of 2021.

→ IN FRANCE. Vaccination: what objective to pursue by the fall?

♦ Through the voice of its director Kristalina Georgieva, the International Monetary Fund (IMF) unveiled a major plan, estimated at 50 billion dollars, with a goal of vaccination of at least 40% of the world population by by the end of the year and 60% by the end of 2022 to enable sustainable global economic recovery.

The Rome Declaration is a milestone in the fight against pandemics.
Learning from our experience, we committed to working together to identify outbreaks more rapidly and with better surveillance. https://t.co/hSO1ExvQmx

“I declare the Rome declaration adopted.” The President of the European Commission Ursula von der Leyen concluded the long discussions between world leaders by adopting the major principles of solidarity developed throughout the summit and included in the declaration.

Kamala Harris, Vice President of the United States, announced the donation of 20 million doses of AstraZeneca, in addition to the 60 million already planned, to poor countries. “The world was not ready when the pandemic arrived. We have the opportunity to change that before the next one ”, said the manager.

Among the landmark announcements, Chinese President Xi Jinping pledged $ 3 billion in aid over the next three years to support the fight against the pandemic and economic recovery.

Kristalina Georgieva, Managing Director of the International Monetary Fund (IMF), for her part proposed the establishment of a $ 50 billion plan to end the pandemic, with a vaccination target of at least 40% of the world’s population by the end of the year and 60% by 2022.

There will be no “Enduring end” to the economic crisis without an end to the health crisis, say IMF experts in a report. ” For some time now, we have been warning about a dangerous divergence in economic situations ”, commented Kristalina Georgieva. “It will only get worse as the gap widens between rich countries that have access to vaccines and poor countries that do not. “

⇒ 2:20 p.m. [FRANCE] Emmanuel Macron “We have not yet succeeded in the bet of global access to the vaccine”

The “France will share 30 million doses of vaccines” in Covax by the end of 2021.

The international health emergency remains. As part of a European initiative, France is committed to sharing at least 30 million doses of different vaccines by the end of the year, and to new funding for ACT-A. My message to the Global Health Summit: pic.twitter.com/IK78Y5jPI7

It is David Sassoli’s turn to speak on behalf of the European Parliament. Emmanuel Macron’s speech will follow.

Ursula von der Leyen, President of the European Commission hopes that “This Covid-19 pandemic will be the last global pandemic”, highlighting the gap in access to immunization between developed countries and others. “Africa imports 99% of its vaccines, this must change. “

Mario Draghi, the Italian Prime Minister spoke: “We need to vaccinate the world and do it quickly. ” Italy welcomes the initiative of the European Commission to promote the production of vaccines in the poorest countries, in particular in Africa.

Scientists, some of the European commissioners, heads of NGOs or associations involved in the fight against the virus, representatives of large laboratories – Pfizer, Moderna or Johnson & Johnson – take turns to discuss initiatives. in progress and good practices.

The three vaccine producers present have pledged to deliver 3.5 billion doses at cost or reduced to the poorest countries in 2021 and 2022. Pfizer will provide two billion doses, Moderna ” until “ 995 million and Johnson & Johnson “Up to 500 million”. About 1.3 billion doses are expected to be delivered this year, the rest in 2022.

The floor will then be given to the leaders of the G20 countries from 1.40 p.m., before the formal approval of the Rome declaration, scheduled for 5.30 p.m.

⇒ 12:40 [BREVETS] No commitment on the lifting of patents

The final document should not include a commitment regarding the lifting of vaccine patents. Europeans were initially divided over Joe Biden’s surprise May 5 proposal to remove intellectual property rights. Mario Draghi and Emmanuel Macron first lined up behind the US president’s proposal, Angela Merkel was against.

The Twenty-Seven ended up adopting a common position. “We do not think that, in the short term, this can be a magic solution”, said the President of the European Council, Charles Michel. “It’s not something that will bring vaccines in the coming months, or maybe even in the coming year. But we need vaccines now ”, added Commission President Ursula von der Leyen.

The EU will provide 100 million doses of Covid-19 vaccine to the poorest countries, the President of the European Commission announced at a G20 health summit on Friday.

The draft version of the declaration promises a “Fair and comprehensive funding” for access to vaccines. Despite the establishment of the Covax access mechanism, the imbalance is glaring: the richest states have so far had nearly half of the injections, while the poorest have had to settle for 0.2% of the doses. .

With @ G20org, today we are organizing a World Health Summit in Rome ⚕️

We want to mobilize the international community around commitments & principles that will guide global cooperation in health for the next decade 🤝#GlobalHealthSummit pic.twitter.com/dNgX0tUlJb

Following the introduction by Italian Prime Minister Mario Draghi and Commission President Ursula von der Leyen, the floor will be given to scientists, heads of international and regional organizations and representatives of global health organizations invested in the fight against Covid.

The event must end with a “Rome declaration”, supposed to give a new impetus to planetary solidarity towards the most deprived countries in the face of the pandemic. Several of them, in Africa, still do not have access to vaccines: Burkina Faso, Chad, Burundi, Central African Republic, Eritrea, Tanzania …