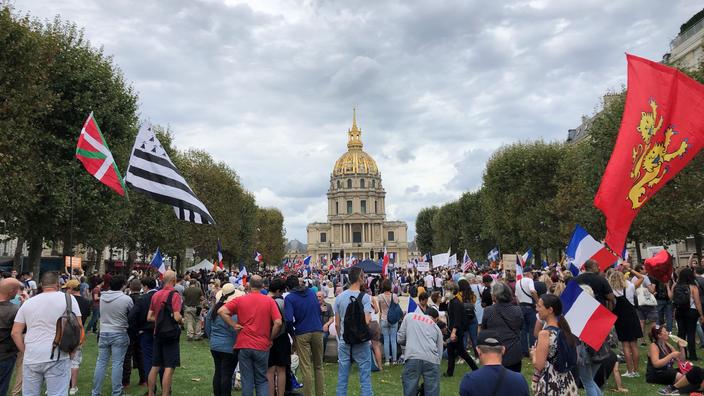 REPORTING – Four processions with distinct sensibilities crossed the streets of the capital this Saturday, bringing together around 14,700 people. A division deplored by some and assumed by others.

Will they one day walk hand in hand? This Saturday afternoon, 14,700 demonstrators walked the streets of the capital, according to figures from the Ministry of the Interior, but not all of them beat the same pavement. Indeed, no less than four separate gatherings took place in Paris to fight against the implementation of the health pass and the government’s vaccination strategy.

Read alsoFaced with opponents of the sanitary pass, the majority oscillate between firmness, vigilance and relativization

“Yellow vests”, Patriots, apolitical claimed … For the moment, political disagreements are slowing the emergence of a coherent and united protest movement.

The “yellow vests” at the head of two processions

On the Place du Châtelet, in the 1st arrondissement of Paris, around sixty demonstrators were already present around 1 p.m., one hour before the departure of the procession organized by the collective Paris for Freedom. In a good-natured atmosphere, with a lot of badges “Resistant to the sanitary dictatorship” or “I think, therefore I am a conspirator”, Sophie Tissier, the main organizer of the event, takes the floor to recall