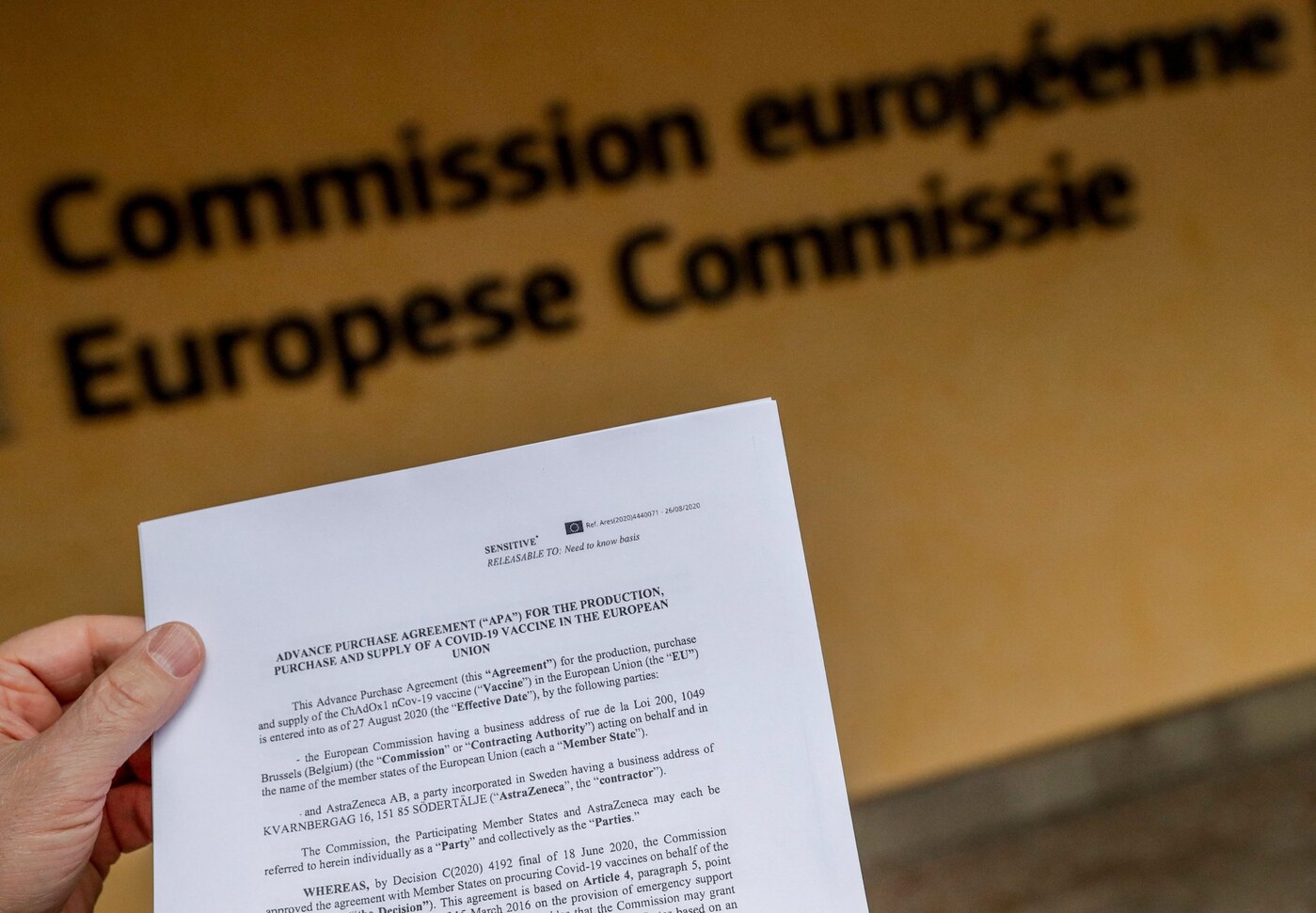 For more than a week, the European Commission and pharmaceutical giant AstraZeneca have been waging a merciless war, triggered by announcements of delays in future deliveries of anti-coronavirus vaccines by the Anglo-Swedish laboratory.

For the European executive, this is unacceptable. The industrialist maintains for his part that he did “ his best “.

The publication of the contract between the European Commission, on behalf of the 27 Member States of the European Union (EU) and AstraZeneca last summer, which was made public on Friday, January 29, could help shed some light on the situation. But not necessarily to end the conflict. Coincidentally, the European Medicines Agency (EMA) approved, a few hours later, the use in the European Union of the vaccine for all people aged 18 and over. According to her, it is also suitable for the elderly.

Like the contract with CureVac (made public on January 19), the one signed with AstraZeneca contains many paragraphs that have been blacked out. Thus, if we know the name of the doses pre-ordered in total – 300 million doses, and 100 million optional doses – their month-to-month breakdown remains confidential, for example. Difficult, therefore, to say how many will run out.

The laboratory plans to deliver less than 40% of the hundred million doses planned for the EU in the first quarter. At the Commission, it is even argued that this share could drop to 25%. The European executive suspects that the doses manufactured across the Channel by AstraZeneca are delivered locally rather than to Europe.

But the Commission is determined not to let itself be trodden on. She believes she has the right on her side, thanks to a provision embedded in the 41 pages of this contract available only in English.

According to this clause “13.1.e”, the AstraZeneca company guarantees that it has not made any commitment, “ contractual or othere “,” towards another person or third party ”, Concerning the initial European doses or which could conflict with the terms of this contract or could prevent the group from fulfilling its obligations towards Europe.

In short: if AstraZeneca for example signed a parallel contract with London and favors the United Kingdom to the detriment of the EU, the company is, according to Brussels, totally outlawed.

The contract in fact mentions several production sites – some on the continent, others in the United Kingdom. Earlier in the week, EU Commissioner for Health Stella Kyriakides had already estimated that “British factories are part of the pre-order contract” and must therefore provide the doses that the EU has pre-reserved through this advance purchase contract.

But the boss of AstraZeneca, Pascal Soriot, for his part said that the contract with the EU provided for the use of British factories only” optional “, and ” for later “. But the Commission has another point of view. “The factories in the United Kingdom are not optional, they are intended to provide the doses included in the advance purchase agreement, regardless of the statements that we may have read here or there”, we explain. Problem, the paragraphs which could make it possible to settle this litigation are largely crossed out.

If the EU decided to take AstraZeneca to court for the delays in the delivery of European doses, this clause 13.1.e would of course be based on it. But ” going before the judges, that’s not what will bring us vaccines », We underline within the European executive. This remains the priority of the Commission, which therefore hopes that the laboratory ” will honor its obligations – to use the words of its Commission President Ursula von der Leyen – without having to sue.