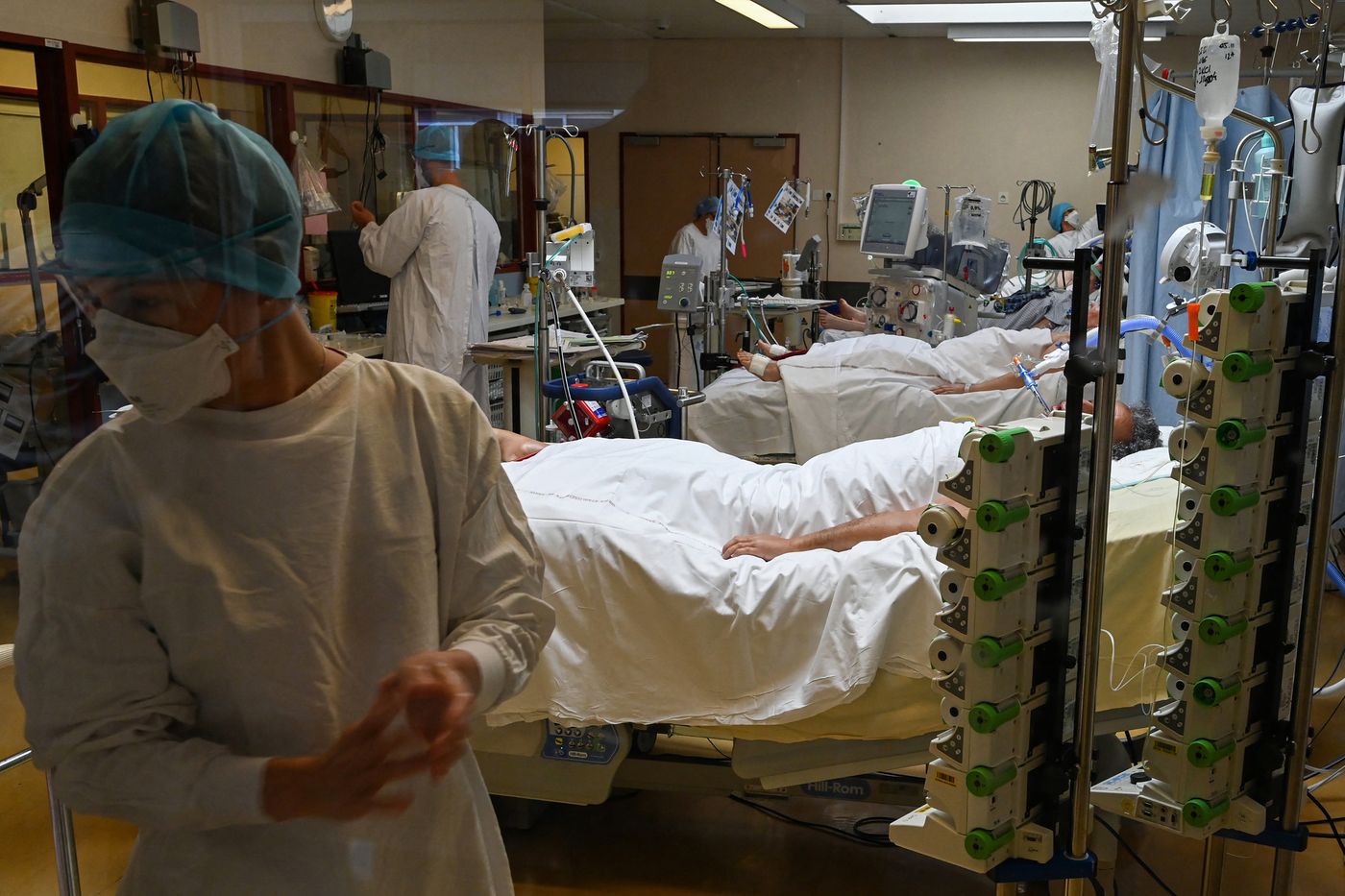 While Prime Minister Jean Castex, vaccinated since June, has tested positive for Covid-19 and placed in isolation, the increase in contaminations but especially hospitalizations for severe form of vaccinated people is of concern. Some resuscitation services have observed for several days a slight increase in the occupancy rate of beds by vaccinated people. A marginal phenomenon among the 8,338 hospitalizations recorded, but relatively unprecedented since the start of the vaccination campaign, the aim of which is precisely to protect against severe forms.

→ READ. Increase in hospitalizations: who are seriously ill with Covid?

Resuscitator at Saint-Louis hospital in Paris, Michaël Darmon first sees an explanation ” mathematical “, direct consequence of the multiplication of cases in the general population. “The more the proportion of vaccinated increases, the more this has repercussions, even in a minimal way, on the number of vaccinated patients in the hospital”, he explains.

An increase far from anecdotal

This increase should not however be considered anecdotal, warns Djillali Annane, head of the intensive care unit at Raymond-Poincaré hospital. While at the beginning of November, its service had between one and two vaccinated for ten unvaccinated patients, systematically immunocompromised people, now, half of the eight patients currently in intensive care are vaccinated. Two people have diseases that make them more fragile. But the other two, over the age of 60, who had not yet received their booster dose, had no comorbidities.

At the same time, Nathan Peiffer-Smadja reported on Twitter the situation of his infectious disease department at Bichat hospital: “Either it’s a false alarm, or it’s the start of the disaster in Île-de-France. I had to increase the Covid-19 beds urgently to make 5 entries and refuse patients from other establishments. “

At the Bordeaux University Hospital, the quota of patients vaccinated in intensive care remains low, but their increasingly frequent admission to infectious diseases alerts the department head, Denis Malvy. “Out of 12 Covid patients, 4 are between 50 and 70 years old, vaccinated more than six months ago. Without being particularly at risk, they have oxygen requirements and high fevers that last several days ”, describes the infectious disease specialist, member of the Scientific Council. “We now know that vaccine protection is gradually decreasing every month in all age groups. In the elderly and the most fragile, protection sometimes drops to 50% after six months and this is no longer sufficient enough ”, confirms Djillali Annane. To those who were already fragile six months ago, is now added a whole fringe “That the recall campaign must reach”.

It is therefore out of the question to question the necessity or the effectiveness of the vaccine. ” Vaccination provides protection against serious forms of over 90% for more than six months, which is considerable ”, recalls Djillali Annane. Proof of this is for the resuscitator that the overwhelming majority of patients in critical care remain unvaccinated. “Without the current vaccination coverage, France would experience the same hecatomb as that which occurs in Central and Eastern Europe”, also underlines Professor Antoine Flahault, head of the Global Health Institute of the Faculty of Medicine of the University of Geneva (Switzerland).

However, the increase in hospitalizations of vaccinated “Recall the importance of health measures”, insists Denis Malvy, who fears an increase in hospital pressure by mid-December. “The return of patients to the hospital is not the fault of the vaccination, which is wrongly considered as a magic tool, but of the massive relaxation of behavior and barrier gestures”, he advances.

→ READ. Covid-19: how to live with a pandemic that lasts

To avoid getting stuck in a situation similar to that of Austria or Germany, Antoine Flahault calls for ” learn lessons from ” of epidemic recovery. “The third dose must be administered to as many people as possible, without seeking to ‘oversell’ it to the population. Rather, measures should be combined, combining vaccination with barrier measures, efficient ventilation of confined spaces and optimized use of new drugs. “

Hospitalizations on the rise, despite the recall

8,338 people are currently hospitalized because of Covid-19, it is 300 more than on Monday, November 22. Among them, 1,406 are in intensive care, an increase of more than 12% compared to last week (this represents 27% occupancy of available beds).

In almost four days, the number of hospital deaths nearly doubled, from 50 people on November 19 to 94 on November 22.

Since the start of the recall campaign, 5 million people have received a third dose of the vaccine, including 182,950 in the past 24 hours. 75% of the population also received their first two doses.