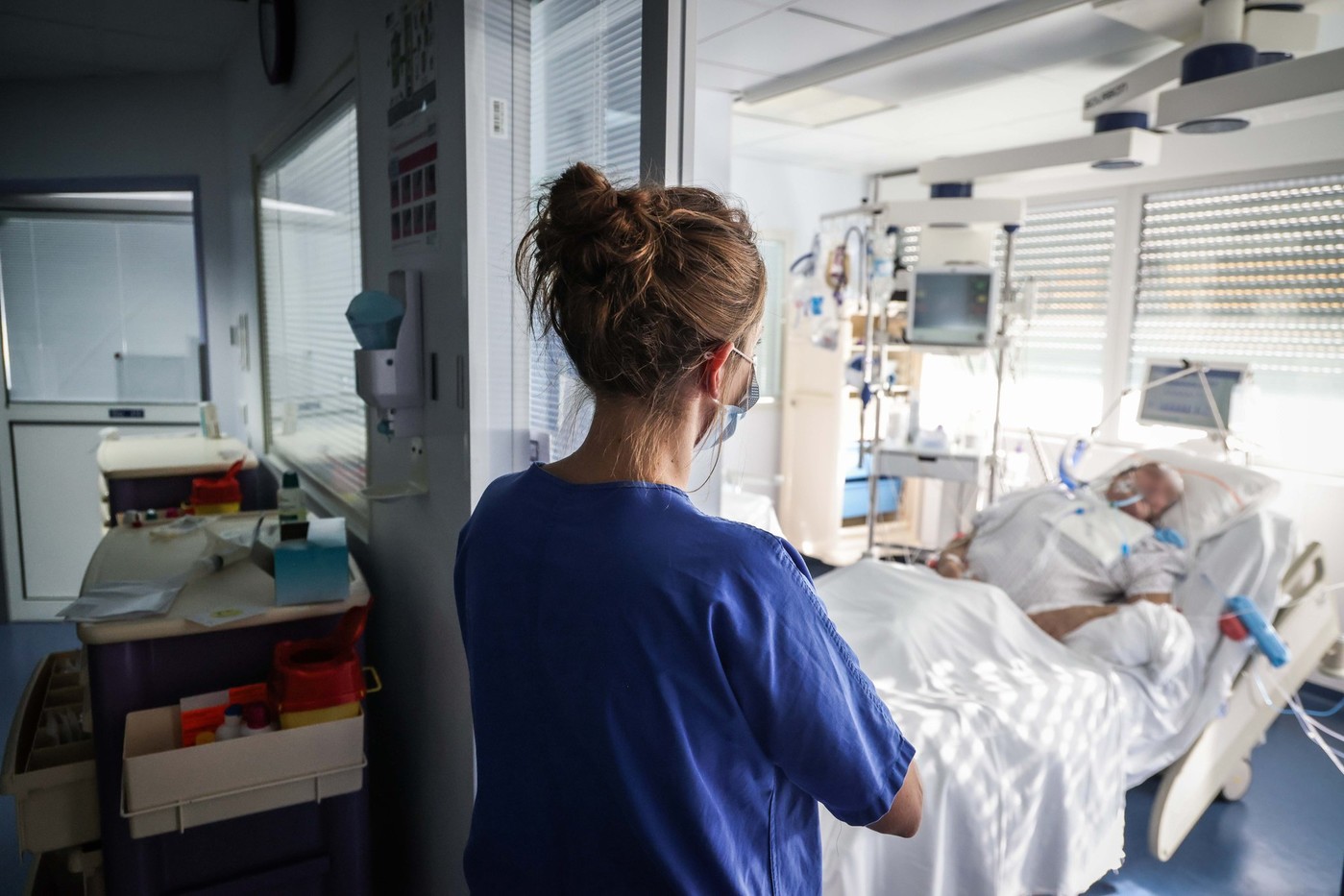 All healthcare facilities must activate “A minimum” their “Internal mobilization plan”, first level of “White plan” by Thursday February 18, in anticipation of a new epidemic wave of Covid-19, according to a circular from the Ministry of Health consulted Monday February 15 by AFP.

The general directorates of health (DGS) and care provision (DGOS) want a “Crisis organization” is “Implementation in each region”, “In anticipation of a new epidemic wave”. This includes “The activation or minimum maintenance of the internal mobilization plan in all health establishments, or even depending on the levels of tension observed, of the white plan”.

The Minister of Culture Roselyne Bachelot announced Monday evening “Experiments” for concerts ” standing “ in order to find a model allowing the reopening of the venues.

“Subject to a catastrophic health situation” and if the protocols are validated, two test concerts will take place “In the second half of March”. The first with a thousand people, in the auditorium of the Dôme in Marseille, “Seated with the possibility of getting up”. An experiment conducted with Inserm, a public institution dedicated to health and research.

The second in Paris, where 5,000 people will participate in an experiment in the large Accor Arena with the Assistance publique-Hôpitaux de Paris (AP-HP), “A standing gauge concert”, with “A test group” clarified the minister.

► Court orders government to lift curfew in the Netherlands

Dutch justice, seized by opponents of health restrictions after violent riots, ordered Tuesday February 16 to lift the curfew. The Dutch government abused an emergency law to introduce a curfew, a judge at The Hague court said. “The curfew is a deep violation of the right to freedom of movement and to privacy” that requires “A very careful decision-making process”, he added.

According to several local media, the government has decided to appeal and is requesting the suspension of the judge’s order, pending a final decision. The curfew, the first in the Netherlands since World War II, led soon after its inception to the worst riots in the country in decades.

North Korean hackers have sought to break into the computer systems of pharmaceutical giant Pfizer to find information on the vaccine and treatments for the coronavirus, multiple media reported Tuesday citing South Korean intelligence. The National Intelligence Service (NIS) “Informed us that North Korea had attempted to obtain technologies including the vaccine and treatments for Covid by means of a cyber attack to hack Pfizer”MP Ha Tae-keung told reporters.

→ READ. Faced with the coronavirus, North Korea is barricaded behind its borders

While claiming to be free of the virus, North Korea recently applied for vaccines against Covid-19, of which it should receive nearly two million doses, according to the Vaccine Alliance (Gavi), a member of the UN program. Covax, which coordinates the distribution of vaccines to poor countries. This is the first official confirmation that Pyongyang has requested international assistance.