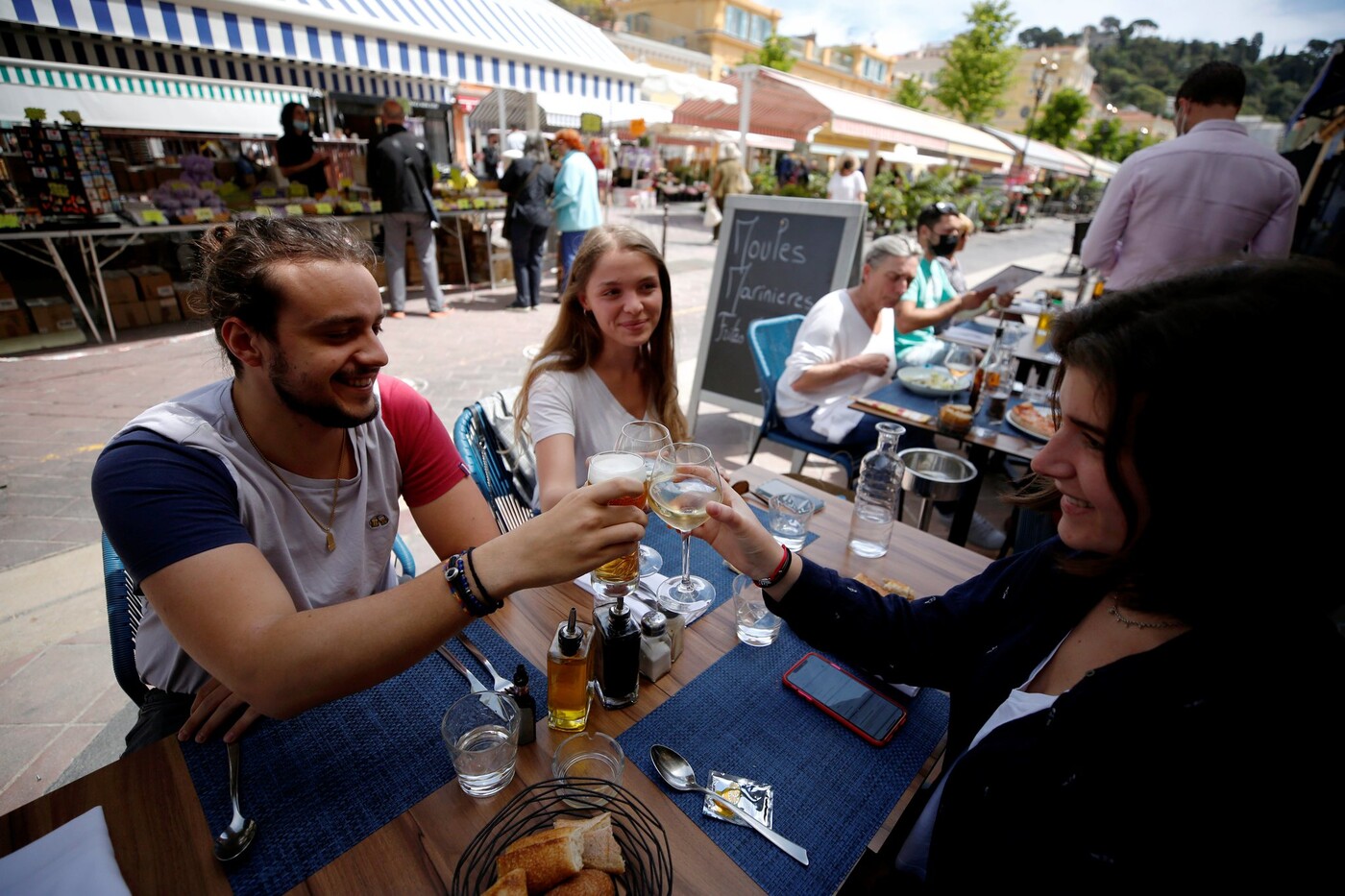 ► The reopening in France, bearers of hope

This Wednesday, after six months of closure and a winter marred by the murderous Covid, France has regained some of its leisure and a little freedom, against the backdrop of the decline of the epidemic. Life also resumes in cinemas, theaters and museums. Another symbol of the return to a form of normality, businesses can raise their curtains but within the limit of one customer for 8 m2.

→ LARGE FORMAT. “What are you doing today?” “: A deconfinement between desire and caution

This train of reopening marks the second stage of the four-phase plan announced at the end of April. It is to continue on June 9 with the reopening of indoor cafes and restaurants, less strict gauges and a curfew at 11:00 p.m., before disappearing on June 30 if the situation allows it.

We can hope “Turn the page on Covid” in “November or December” next, if new variants that bypass vaccination have not emerged by then, said the Minister of Health, Olivier Véran.

From Brittany to the Mediterranean via the North: fairgrounds carried out snail operations throughout France on Wednesday to demand the resumption of their activity. “Fairgrounds are clearly threatened and penalized”, was moved the Federation of fairgrounds of France, disappointed that its members are deprived of reopening unlike cultural establishments, shops, circuses and other cafes.

” It’s urgent “ to reopen, pleaded Wednesday Macha Makeïeff, director of the Auction, the national theater of Marseille still occupied by dozens of people – intermittents but also students, undocumented – and forced to cancel until Saturday at minus his first performances. “After the sequence of occupation, of demands, we need the sequence of reopening because inside the works things are also said of incredible power”, pleaded the director.

The departments of Ardèche and Creuse, which had announced the lifting of the obligation to wear the mask outdoors from this Wednesday and Thursday, finally changed their mind. The obligation to wear a mask in public space remains lifted in most cities of Charente-Maritime (with the exception of around ten municipalities, in particular on the Île de Ré and La Rochelle), in Arcachon ( except in closed places and near schools) and in municipalities with less than 2,500 inhabitants in Moselle.

► Reopening of the EU to vaccinated travelers

The representatives of the Member States agreed on Wednesday to allow entry into the EU to travelers from third countries who have received the necessary doses of anti-Covid vaccines authorized at European level.

→ THE FACTS. Covid-19: the European Union opens up to vaccinated travelers

As the summer tourist season approaches, the ambassadors of the 27 have approved this recommendation proposed by the European Commission, which is not, however, binding.

On the other hand, we will have to wait for the European health pass. A third session of discussions on the subject between MEPs and Member States ended Tuesday, May 18 in the evening without result.

→ THE FACTS. Covid-19: the European health passport project unveiled by the Commission

The harmonized health pass system must facilitate travel in the EU during the summer season, by certifying for its holders a vaccination against Covid-19, a negative test or immunity after an infection.

Discussions are stumbling in particular on the financing of the tests, for which the MEPs have proposed to use a European fund. But the proposal needs to be “Clarified”, say the Member States. A new session of negotiations is scheduled for Thursday.

Covid-19: the vaccine on the way to being recognized as a global public good

At the European level, again, the European Commission indicated on Wednesday that it will support the lifting of patents on anti-Covid vaccines at the WTO, while indicating that it will submit ” soon ” a “Proposal” for “Facilitate trade and bring order to export restrictions” from producing countries, in a spike against the United States – a large producer of vaccines that has exported virtually no doses.