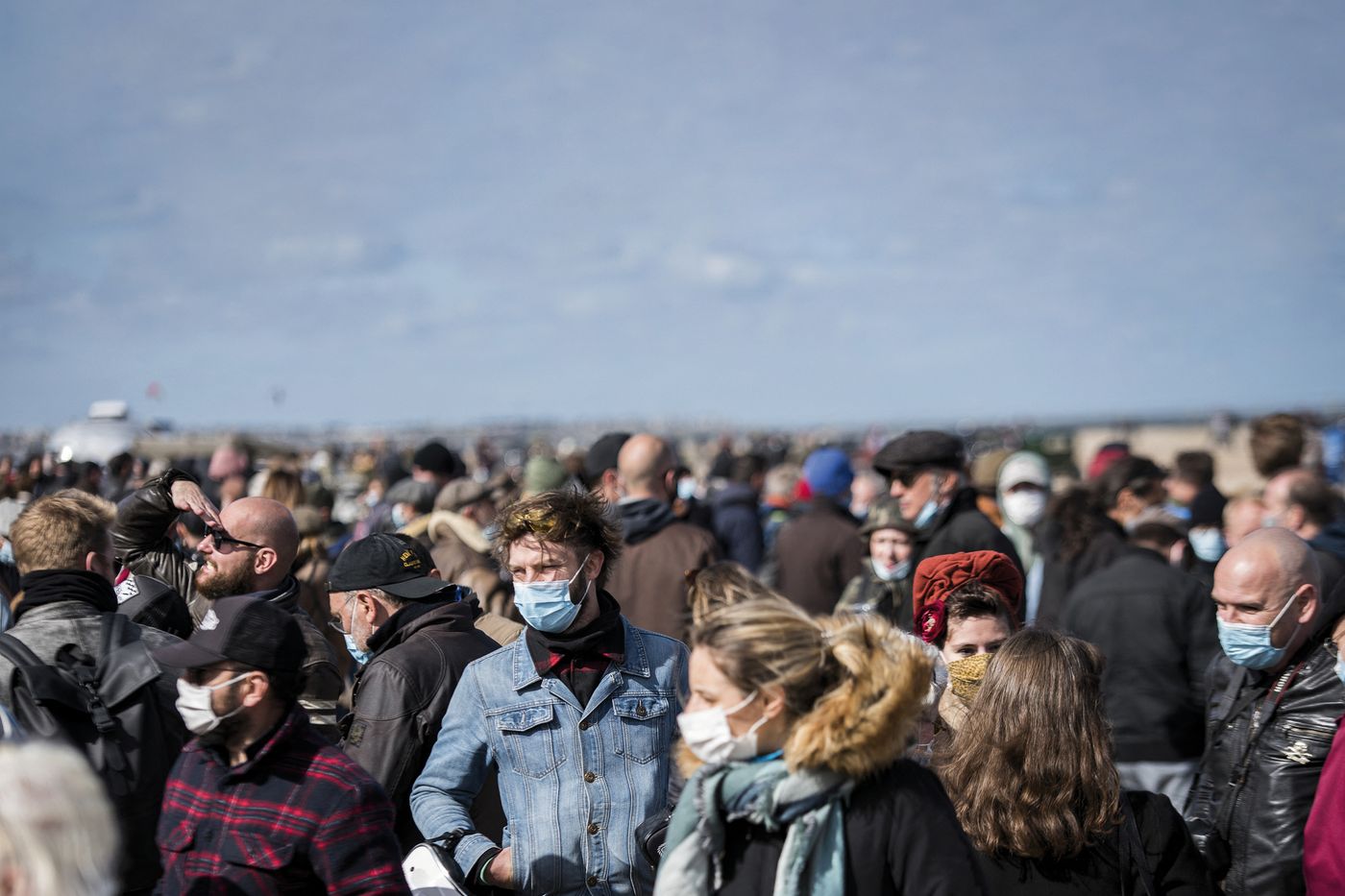 Is a fifth wave of Covid about to sweep over France? Barely a month ago, the country’s epidemic situation was still favorable. Covid cases continued to decline every week, and the government congratulated itself on having passed the 50 million mark for first-time vaccinations. And then once again the tide turned. Since mid-October, the national incidence rate has been rising, ending an eight-week lull in mainland France. It now exceeds 48 cases per 100,000 inhabitants, 10% more than a week ago.

In more than twenty departments, the vigilance threshold of 50 cases per 100,000 inhabitants has been crossed. The virus’s reproduction rate is now greater than 1, compared to 0.89 between October 4 and 10. As for hospitalizations, they have stopped falling in some regions.“At this stage, we do not note any impact on the indnational level hospital workers ”, observes Public Health France, however.

73.9% of the French population vaccinated

“These data are difficult to interpret, because the delisting of tests, in force since October 15, has led to turbulence in the indicators”, lift upAntoine Flahault.The director of the Geneva Institute of Global Health is nevertheless categorical: “France has left its security zone”. And in view of the ” pressure “ exerted by the virus throughout Europe, a fifth wave seems difficult to avoid.

→ ANALYSIS Covid-19: paid tests, a risk for monitoring the epidemic?

It remains to know its extent. “Due to the high vaccination coverage (73.9% of the population, Editor’s note), France is in a much more favorable situation than other European countries, especially those in the East ”, emphasizes the epidemiologist. And unlike the UK, where daily cases are more than ten times higher than ours, over 60% of adolescents are vaccinated there. “This makes it possible to reduce infections between young people, which represent a large part of the cases across the Channel ”, says Yannick Simonin, virologist at the University of Montpellier. Infections that the government intends to limit further by opening vaccination to 5-11 year olds, subject to its prior authorization in the United States, expected in mid-November.

A change of season favorable to transmission

“The other difference with the United Kingdom lies in the extensive use of the medical pass and the maintenance of barrier gestures, such as wearing a mask in transport, points out Antoine Flahault. This is what made it possible to control the wave that took place this summer, especially on the coasts. “

One important factor has changed, however: the season. “Respiratory viruses spread more when temperatures are lower and humidity is higher, recalls Yannick Simonin. We can therefore expect a wave of cases with the onset of winter, but not necessarily a wave of hospitalizations.. ” Provided that vulnerable people are protected against the virus. However, for the time being, only a third of the six million people eligible for a third dose of vaccine have received it. “We are in a race against time, because these people are those who are most at risk of being hospitalized and succumbing to the virus”, Antoine Flahault alert.

Flu and Covid: one appointment for two vaccines

A little sluggish at the start, the recall campaign seems to have found new life since mid-October. This is evidenced by the increase in the number of appointments made on the Doctolib platform. On the 19th, more than 56,000 people signed up for a third dose – a record. “It’s a very clear acceleration, rejoices Yannick Simonin, who attributes it to the launch of the flu vaccination campaign, brought forward from October 26 to 22. “Being able to do both vaccines at the same time has probably convinced a lot of people”, he analyzes.

→ PRACTICE Flu vaccination: what you need to know about the campaign that starts this Friday

The virologist sees another reason for optimism: the dreaded emergence of a vaccine-resistant mutant did not take place. “The Delta variant continues to be in the majority (it represents more than 99% of the viruses sequenced according to Public Health France NDLR). This is good news because vaccination against this variant is very effective, 50% against infections, and 90% against severe forms. “

Progress to be made on ventilation

Other elements could, in the short term, weigh in the balance. In particular the arrival of new treatments, such as the antiviral developed by Merck laboratories,Molnupiravir, under review by US health authorities.

“Announcements could take place as early as this fall, anticipates Antoine Flahault, for whom these drugs “Can help us really turn the page on the health crisis. This is for example what happened with AIDS, he compares. Of course, the treatments did not eradicate the virus, but they made it possible to control it in the absence of a vaccine. For the Covid, we have this vaccine, but we need treatments to fill the holes in the racket, in particular these 10% of vaccines who develop serious forms. “

Before that, a measure “Accessible but neglected” is within our reach: ventilation. ” Ventilation monitored by CO sensors2 in closed places would represent a considerable advantage, because we know that the transmissions are made almost exclusively by aerosol, he pleads. France must absolutely make progress on this point. “

In New Caledonia, thirty-nine soldiers from the Army Health Service and the Army Medical Regiment will be deployed this Monday, October 25 to help caregivers in Noumea. With an incidence rate of 285 per 100,000 inhabitants, the island is facing its first epidemic wave, which left 245 dead.

Abroad, Peru, which has the worst death rate in the world compared to its population, has exceeded the threshold of 200,000 deaths from Covid. China, worried about a resurgence of the virus before the Winter Olympics in Beijing, decided at short notice to postpone the Wuhan marathon, scheduled for Sunday, October 24.