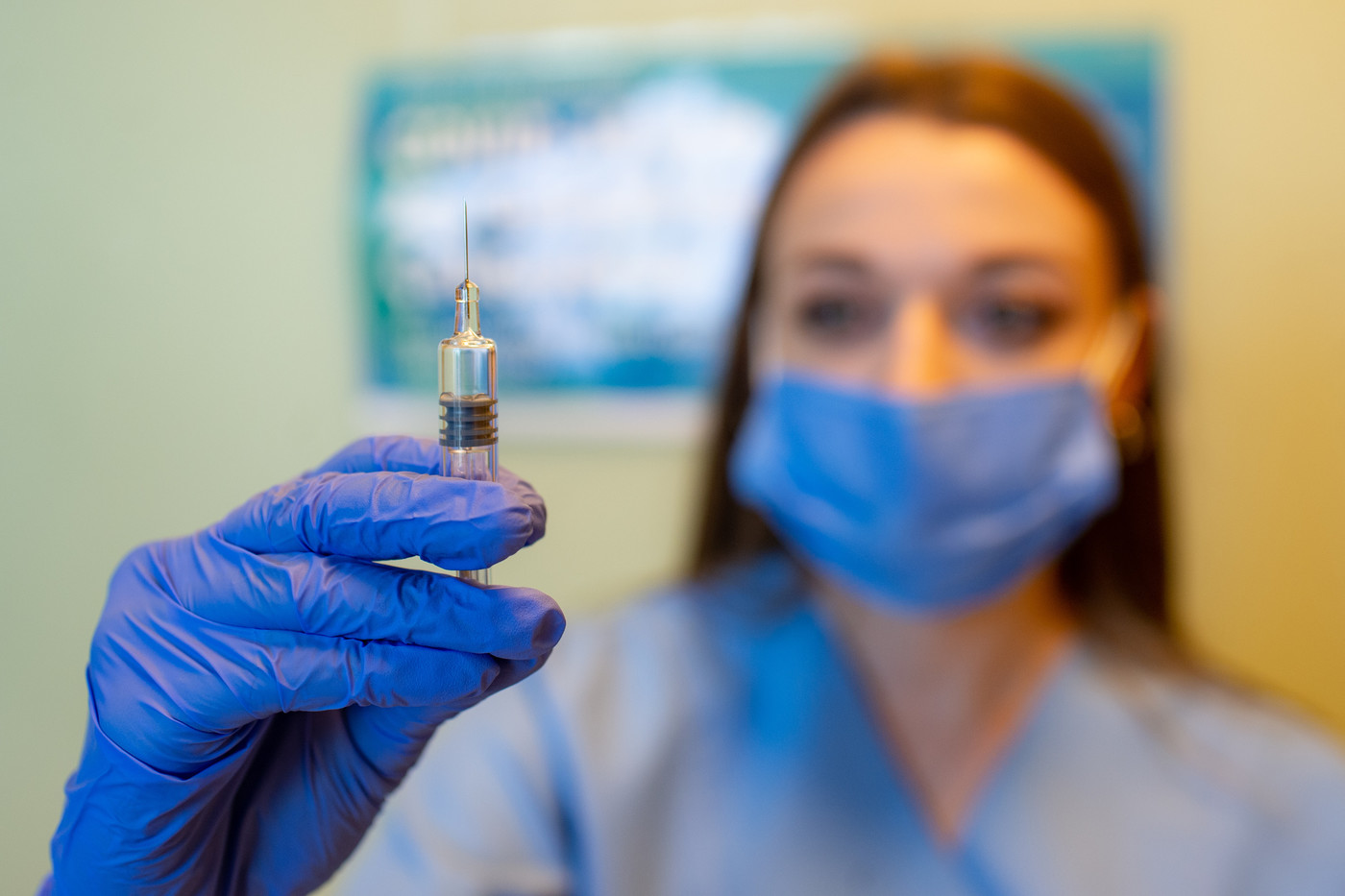 France exceeded the 40,000 Covid-19-related deaths officially recorded since the start of the epidemic on Saturday, November 7, according to data published by the French public health agency.

→ READ. Covid-19: the toll is increasing in France, pending the effects of containment

According to these data, 306 additional deaths of Covid-19 patients had been recorded in hospitals in the previous 24 hours, bringing the total death toll to 40,169.

► A “form of slowdown” in the progression of the epidemic in France?

The effects of the containment to stem the Covid-19 epidemic in France will be visible “In two to three weeks”, But ” we have the impression “ of “A thrill”, especially in Île-de-France, estimates Monday, November 9 the infectious disease specialist Karine Lacombe.

.@MartinHirsch : “In the IDF region, we can speak of the beginning of a shift” # Covid19 # le79Inter pic.twitter.com/sTw6Daf4j0

“We can speak, in the Île-de-France region, of a beginning of change”, commented Martin Hirsch, director general of the AP-HP (Public Assistance – Hospitals of Paris), on France Inter. In Île-de-France, “Eight days ago, we saw an average of 110 intensive care admissions per day and about 500 admissions to hospitalization, he said. These last three or four days, we see rather 80 entries per day in intensive care, and about 400 entries in hospitalization. “

These observations confirm those of the Minister of Health, Olivier Véran, who estimated Sunday, November 8 that there was a “Thrill” and “A form of slowing down” in the progression of the epidemic, although it is still “Too early to judge the effect of the re-containment”.

The health situation is “Very worrying” in the Provence-Alpes-Côte-d’Azur region where the Regional Health Agency said on Monday it had not yet observed any “Slower growth” of the Covid-19 epidemic.

“All the indicators are increasing, we are above the national average”, describes Philippe Demester, director of ARS Paca. The regional incidence rate of the virus was 535 per 100,000 people for the week of October 26, compared to a national average of 491, “And an upward trend for the following week”.

The epidemic situation in Italy is “Largely out of control” according to doctors, who are asking the government to immediately decree a “Total containment” to stem the second wave of Covid-19.

While the country records between 30,000 and 40,000 new positive cases every day, the health system is under great strain.

The Italian government has decided to classify the twenty Italian regions into three categories, depending on the severity of the situation, ranging from yellow, where a national curfew is in effect, to red, where relatively strict containment is applied. . But for the National Federation of Medical Orders, these measures are insufficient.

► Pharmaceutical group Pfizer announces that its vaccine is “90% effective”

A vaccine developed by Pfizer (United States) and BioNTech (Germany) is “Effective” 90% to prevent Covid-19 infections, according to the ongoing large-scale phase 3 trial, these pharmaceutical companies jointly announced on Monday, November 9. Phase 3 is the last phase before an application for approval.

→ EXPLANATION. Covid-19: a new breakthrough in the vaccine race

Patient protection was achieved seven days after the injection of the second dose of the vaccine and 28 days after the first, according to preliminary results. Based on projections, Pfizer and BioNTech said they plan to deliver up to 50 million doses of vaccine globally in 2020 and up to 1.3 billion doses in 2021.

According to the World Health Organization (WHO), ten clinical trials of vaccines are currently in phase 3 around the world.

► WHO calls for “not to close your eyes” to the pandemic

The Director General of the World Health Organization (WHO) called on Monday, November 9, the international community to find “The sense of the common good” in the face of the pandemic.

“We cannot negotiate with the Covid-19, nor close our eyes and hope that it disappears”, said Tedros Adhanom Ghebreyesus in his opening speech at the WHO Annual General Meeting which is being held virtually this week.

The WHO chief called for “Accelerate” reform, calling on countries to work in this direction by strengthening their national health capacities and improving the ” international cooperation “.