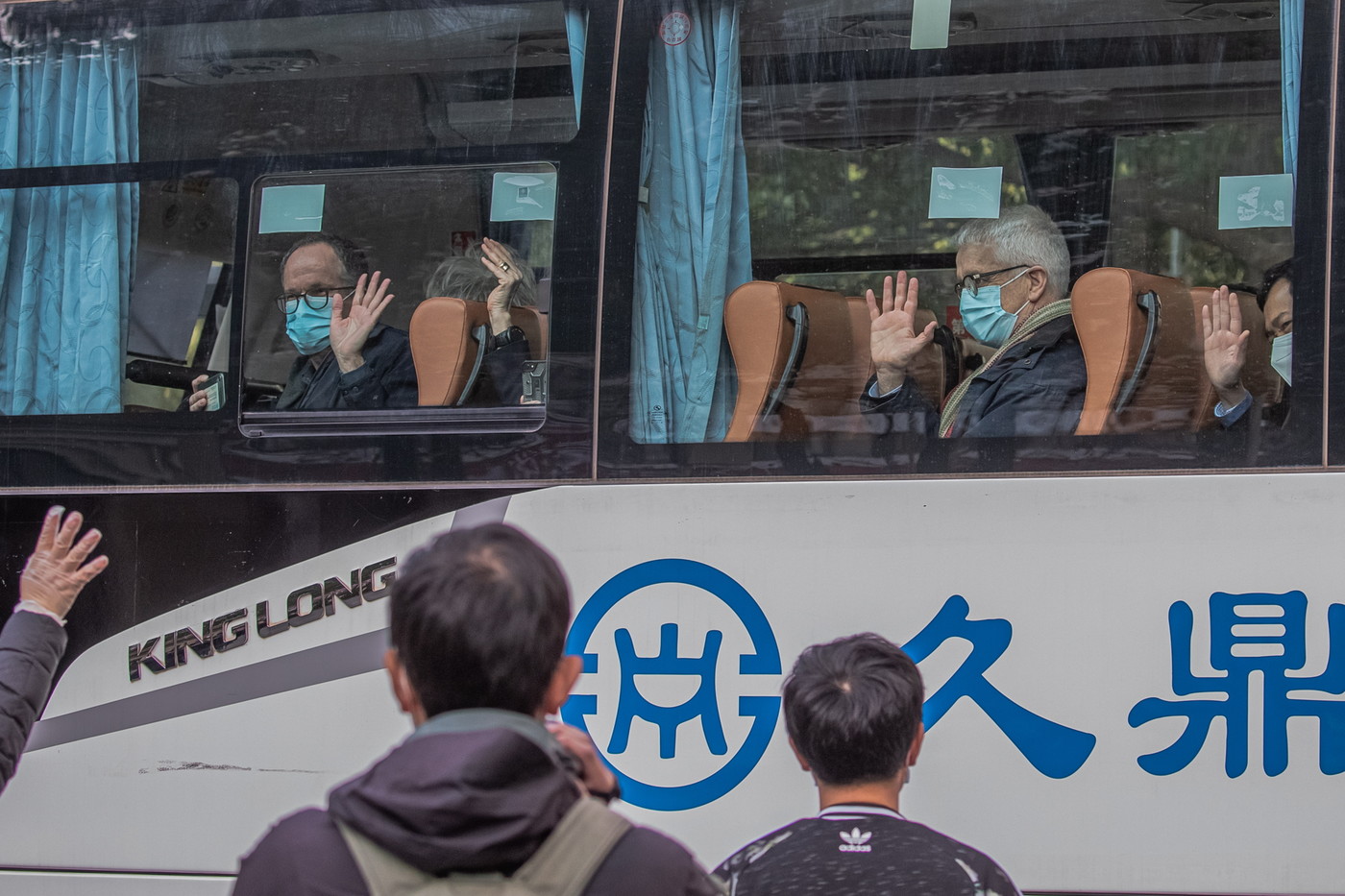 ► Blur on the fate of the February holidays

Will the February school holidays be extended? Members of the government seem to be having a hard time coming to an agreement. Thursday, his spokesperson Gabriel Attal indicated on France Inter that the hypothesis was currently being examined by the executive. For his part, the Minister of Education, Jean-Michel Blanquer, warned on France 2 that a prolonged closure of schools would be “A failure for France”.

→ CHRONICLE. “A” very tight “confinement, it is my opinion that it is not very cool”

During a press conference, the Minister of Health Olivier Véran warned against the variants “ likely to lead to a very strong epidemic wave ”, adding that the curfew at 6 p.m. “Not enough to roll back the virus”. The government should vote ” at the end of the week ” on new restrictions.

► Extension of the state of health emergency: the Senate gives the green light

New deadline for the state of health emergency. Wednesday evening January 27, the Senate voted for an extension of this exceptional regime until May 3, 2021, or one month less than the deadline voted by the National Assembly. Deputies and senators will now try to agree on a common text. In case of failure, a new reading will be organized in both chambers, the Assembly having the last word.

→ EXPLANATION. Covid-19: should children be vaccinated?

The state of health emergency was applied for the first time from March 23 to July 10, 2020 by the government to fight against the Covid-19 pandemic. It was put in place again on October 17 and is due to end on February 16.

► Pfizer and BioNTech consider their vaccine effective against certain variants

While the variants continue to spread in Europe, the two companies Pfizer and BioNTech want to be reassuring. According to a press release released Thursday, January 28, their vaccine would retain the vast majority of its effectiveness against the main mutations of the English and South African variants of Covid-19.

→ ANALYSIS. Covid-19: continue to develop other vaccines to protect everyone

In vitro tests “Did not show the need for a new vaccine to deal with emerging variants”, according to the companies. However, these emphasize that they “Continue to monitor emerging variants and are ready to react “ if any of these mutations are resistant to the vaccine.

► Germany: AstraZeneca vaccine not recommended for people over 65

On Thursday, the German vaccination commission recommended that the vaccine from the British laboratory AstraZeneca be intended only for 18-64 year olds. The reason ? A lack of data for those over 65, which therefore does not make it possible to sufficiently assess the efficacy of the vaccine for this age group.

The lab reacted soon after, claiming that “The latest analyzes (…) support the hypothesis of an efficacy of the vaccine in the over 65 age group ”. British Prime Minister Boris Johnson – whose country has approved the vaccine for use including for the elderly – said the British Health Products Authority has judged the vaccine “Very good and efficient”, and that he offers “A high degree of protection”.

→ PRACTICAL. Covid-19 vaccine: the answers to your questions

UK vaccine data is due to be reviewed by the European Medicines Agency on Friday for clearance across the rest of the continent.

► In Wuhan, the WHO begins its investigation

Experts from the World Health Organization left the hotel in Wuhan on Thursday where they had been in quarantine for two weeks. They will now begin their field investigation in China into the origin of Covid-19.

A dozen members of the team boarded a coach that took them to an unknown destination in the city where the virus appeared at the end of 2019. The investigation, which China has carried out more than ‘one year to organize is extremely sensitive for the communist regime, which seeks to remove all responsibility in triggering the epidemic.

“We can beat the virus – and we will beat the virus.” On Wednesday, the WHO believed that humanity was not losing the battle against the pandemic and would eventually win it. Maria Van Kerkhove, the technical manager at the WHO for the fight against Covid-19, notably affirmed that the new variants of the coronavirus did not mean defeat.