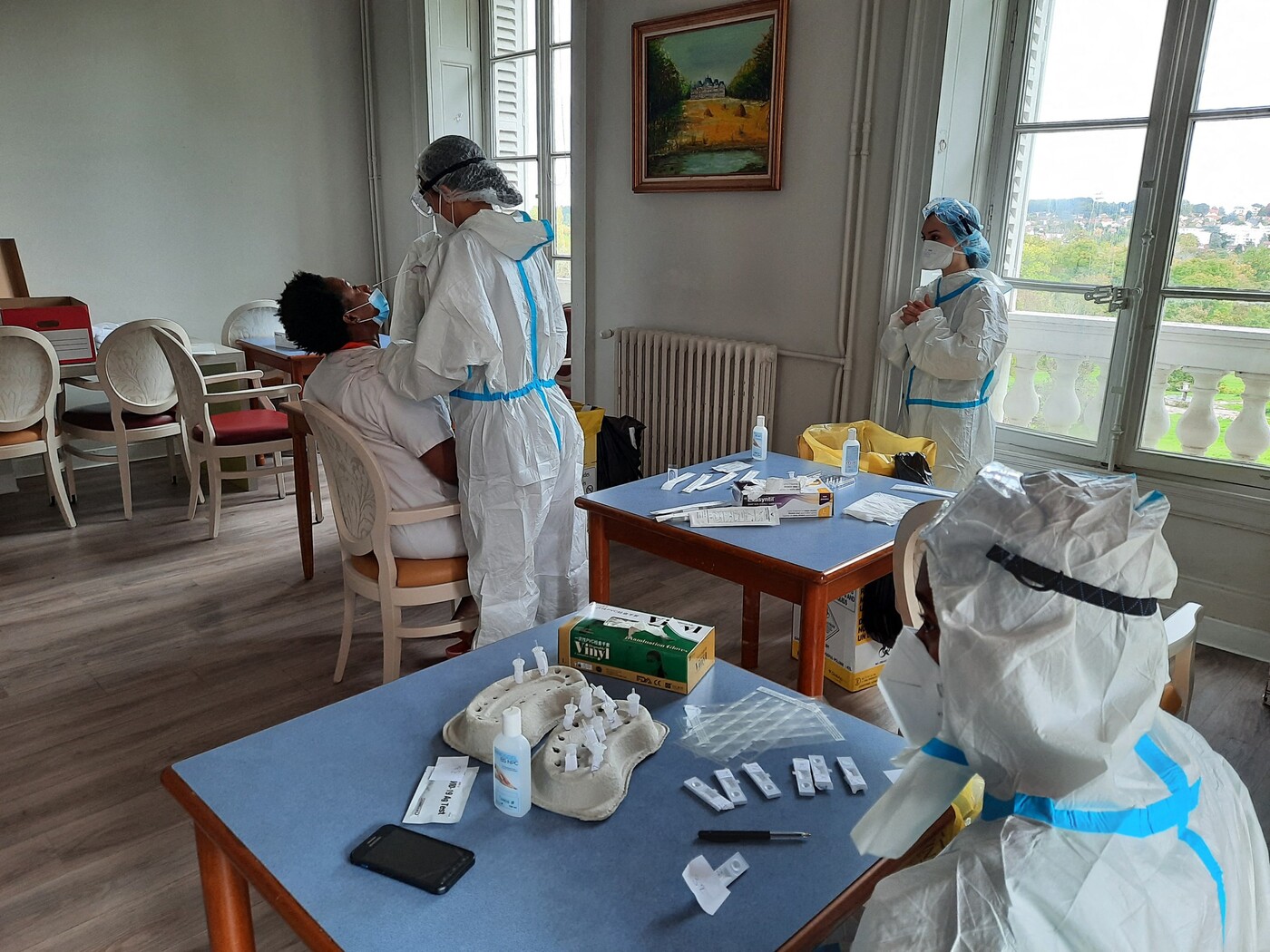 ► The ministers prepare the French for “difficult decisions”, Emmanuel Macron will speak on Wednesday at 8 p.m.

Tuesday, October 27, the first defense council on the Covid-19 epidemic of the week was held, to prepare a new turn of the screw of the control measures; these could go as far as re-containment. “We must expect difficult decisions”, warned on France Inter the Minister of the Interior Gerald Darmanin. “I don’t know what exactly will be” these decisions, added the minister, but “At some point you have to make tough decisions”, “Like all our neighbors” Europeans.

Labor Minister Élisabeth Borne, interviewed on Franceinfo, also warned the French. ” The situation is serious, it will lead us to take new measures, she said. At this stage, nothing can be ruled out ”, echoing the alarming comments made by doctors in recent days. Infectious disease specialist Gilles Pialoux thus affirmed that the circulation of the virus was ” out of control “ and that it was necessary “Reconfine the country”.

A new defense council will be held on Wednesday morning before the cabinet meeting to decide on the new restrictions. A televised intervention by Emmanuel Macron on Wednesday at 8 p.m. was formalized in the early evening Tuesday by the Élysée.

At the end of the day Tuesday, Jean Castex for his part announced on Twitter that he will present Thursday, October 29 to the National Assembly and the Senate of ” new measures made essential to fight against the second wave of the epidemic “. “We must mobilize not only the national representation but the whole of our country”, continued the Prime Minister.

In accordance with article 50-1 of the Constitution, I will present Thursday to the elected representatives of the Nation new measures made essential to fight against the second wave of the epidemic of # COVID19.

All nursing homes in the territory will receive “By next week” antigenic tests which reduce the time it takes to screen for the coronavirus, promised the Minister Delegate in charge of autonomy, Brigitte Bourguignon.

According to her, the antigenic tests allowing to obtain a result in 15 to 30 minutes, this measure was necessary to “To be able to detect quickly” and so “Avoid clusters which become more dangerous, the second wave (from Covid-19) being very strong ”. Currently, 550 transmission foci (“Clusters”) are being investigated in nursing homes, a figure that is rising sharply, she said.

To relieve hospitals particularly affected by Covid cases, patient transfers continue. Ten patients from the Nîmes University Hospital Center (CHU) were thus transferred Monday and Tuesday to Toulouse and Brittany, said the director of the Regional Health Agency of Occitanie, Pierre Ricordeau. Eight other patients from Auvergne-Rhône-Alpes, a particularly affected region, were also transferred on Tuesday by medical plane, this time to Pays de la Loire

→ ANALYSIS. At the hospital, better organization in the face of Covid

The strategy is now to perform “Early evacuations” in order not “Wait until the system is saturated”. Pierre Ricordeau mentioned the possibility of other transfers in a limited number this week, whether they are Covid patients or not.

→ MAINTENANCE. Deprogramming of operations: “The immense concern of cancer patients”

Immunity acquired by people cured of Covid-19 “Decreases quite quickly”, especially in asymptomatic patients, and could last only a few months, according to a British study published Tuesday. For three months, Imperial College London and the Ipsos Mori Institute followed 350,000 randomly selected people in England, who tested themselves regularly at home to see if they had antibodies to Covid-19.

The proportion of antibodies in people who tested positive for the virus decreased by 22.3% over the three months, when this decrease reached 64% in those who had not declared having been reached by Covid-19. While all age groups are affected by this drop in immunity, older people are more affected : the proportion of people over 75 with antibodies has decreased by 39%, when it has fallen by only 14.9% for 18-24 year olds.

According to an international study published Tuesday in the trade journal Cardiovascular Research, long-term exposure to ambient air pollution could lead to an increased risk of dying from Covid-19, by around 15% on average worldwide.

In details, this proportion would be around 19% in Europe, 17% in North America, around 27% in East Asia, according to estimates by Professor Jos Lelievel of the Max Planck Institute for Chemistry in Mainz (Germany) and his colleagues. The researchers used previous epidemiological data (American and Chinese) on air pollution, Covid-19 and on SARS of 2003, a disease similar to Covid.

► The European Union pays 17 billion in aid to Italy, Spain and Poland

The European Commission announced on Tuesday that it had disbursed 17 billion euros in loans to three countries – Italy, Spain, Poland – to help them face the increase in unemployment linked to the coronavirus pandemic.

These are the first payments made in the temporary program ” Safe “, which aims to support partial unemployment measures in response to the health crisis. This support consists of loans guaranteed on favorable terms. The money is borrowed by the Commission on the financial markets, taking advantage of the low interest rates it receives, and then lent to Member States in need.