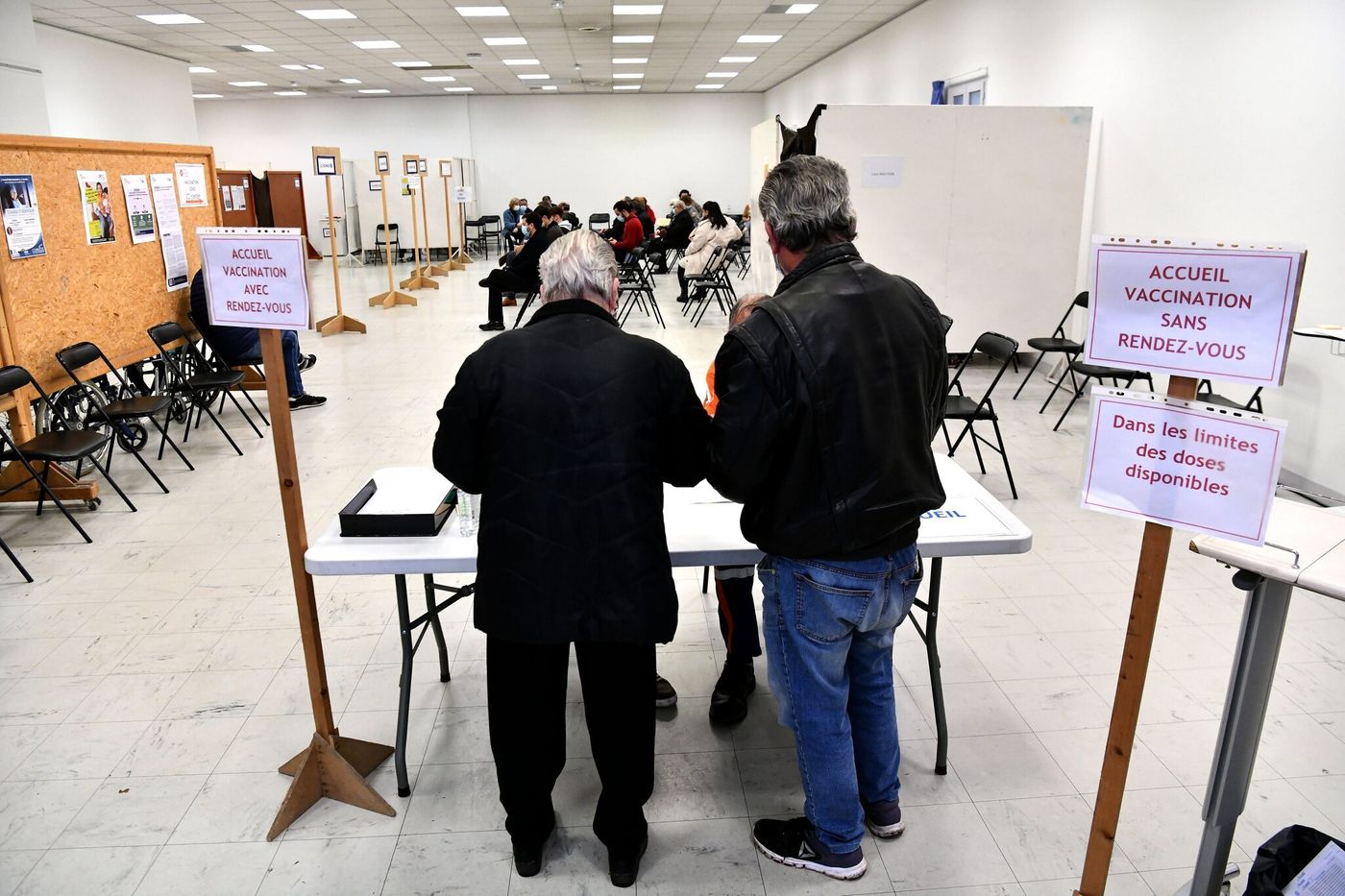 While the vaccination pass will soon come into force, between 500,000 and 700,000 people who have not had their vaccine booster theoretically risk having their health pass deactivated on Saturday January 15, a number probably overestimated, the Minister of Health said on Wednesday January 12.

→ ANALYSIS. The vaccine pass should pass the Senate stage

“We have roughly between 500 and 700,000 (people) who, two days ago, had not yet received their recall”, declared Olivier Véran on Franceinfo. “Among these people, there are those who have presented an infection and who have not have not yet put proof of their infection in their TousAntiCovid system“, which extends the validity of their pass, he added.

The Swiss government has decided to shorten the duration of isolation from ten to five days people positive for Covid-19. To be able to get out of isolation, it will be necessary to have no symptoms for 48 hours, as is already the case.

The quarantine of contact cases is also reduced to five days. Since January, several cantons had already reduced this quarantine to seven days. It is also limited “To people who live together or have had comparable, close and regular contact with a person who tested positive”. The measure will take effect on Thursday, the Federal Council said in a press release.

In addition, the Swiss government considered that the variant Omicron could be ” The beginning of the end “ of the pandemic, but out of prudence wishes to extend the measures taken to stem the fifth wave until the end of March. When taking vaccination and cures into account, the immunity rate for those over 20s exceeds 90%, and even reaches 97% for those over 80, he explained.

However, the World Health Organization (WHO) warns of the dangerousness of the Omicron variant, which is spreading at a rate that the world has not known since the start of the pandemic. This virus “Remain dangerous” even if it causes less severe symptoms, warned the boss of the organization on Wednesday.

► Quebec will tax those who refuse vaccination

They are a ” burden “ for the health system: Quebec is preparing to toughen measures against those who refuse the vaccine by implementing a new tax only for non-vaccinated. This “Health contribution”, the government of the French-speaking province of Canada hit hard by the Omicron wave wants it to represent a “Significant amount” which is still under discussion.

According to Prime Minister François Legault, the 10% of Quebecers who have not yet received any dose of vaccine should not “Harm” to the 90% who were vaccinated. “It is not for all Quebecers to pay”, he hammered during a press conference. This tax would not apply to people who cannot be vaccinated for medical reasons.

The Tunisian government has announced the imposition of a nighttime curfew for at least two weeks, amid a meteoric resumption of the pandemic in the country. According to an official statement, “The curfew will begin from 10:00 p.m. (9:00 p.m. GMT) until 5:00 a.m. (4:00 a.m. GMT), and will be implemented by regional authorities depending on the rate of infection”.

→ READ. Covid-19: “Many countries are seeking to find a place in Tunisia via vaccine aid”

The government, on the basis of recommendations from the scientific council, has also asked to “Postpone or cancel” all public gatherings or events, “Whether in open or closed spaces”. The measures, which will be in effect from Thursday, are valid “For a renewable period of two weeks”.

Tunisia will also step up “Vaccination operations” and ensuring that the population takes their booster doses. Health controls at the borders will also be strengthened, with systematic tests on people entering the country.