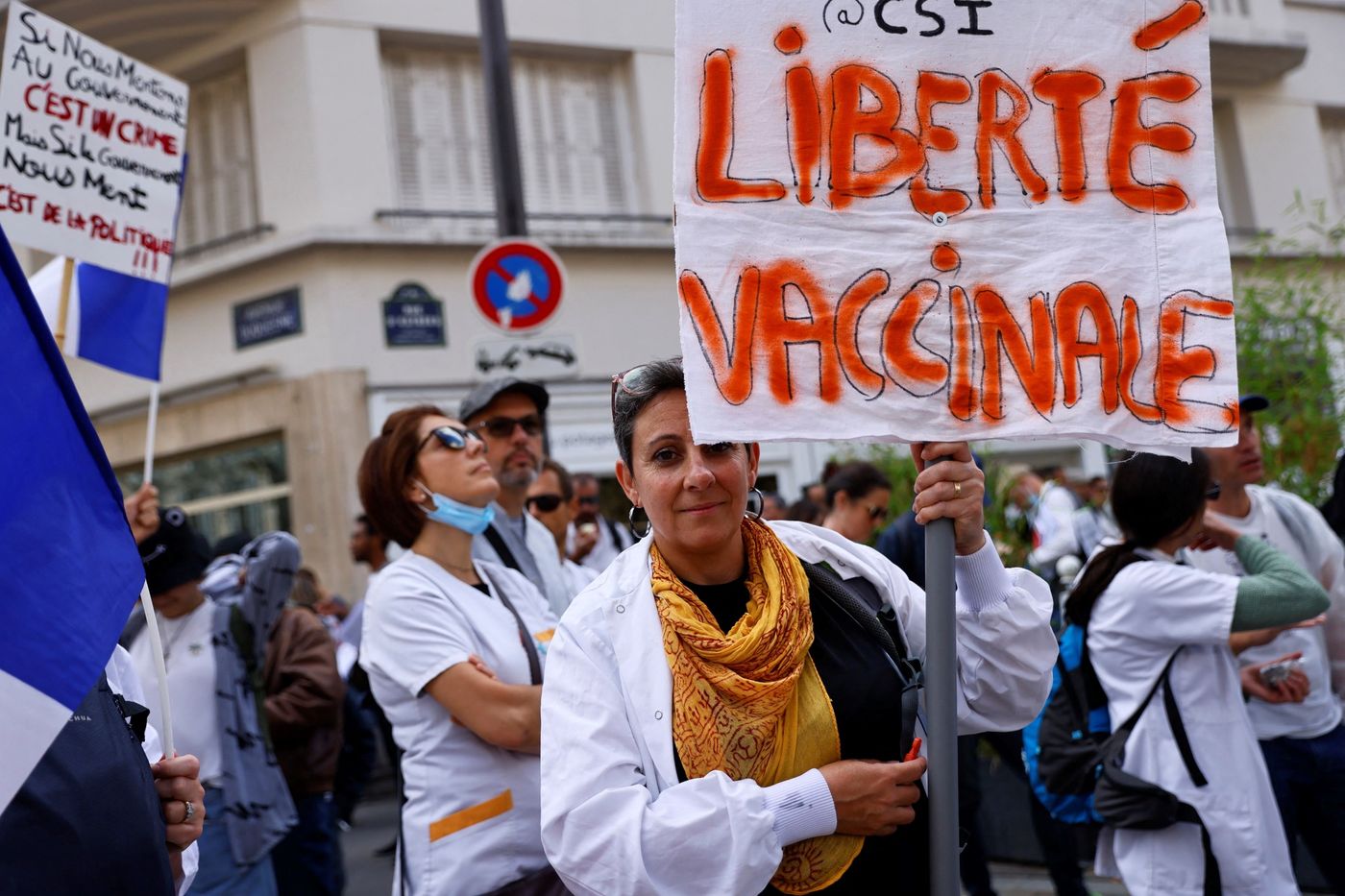 A few hundred people gathered on Tuesday in front of the health ministry, at the call of the CGT, to protest against the vaccination obligation which will apply from Wednesday to nursing staff. The participants came “Express a rather intense anger against this authoritarian injunction” who go “Generate tension and chaos”, said the secretary general of CGT-Santé, Mireille Stivala.

As of Wednesday, employees of hospitals and nursing homes (as well as firefighters, paramedics and home helpers) may be suspended, without pay, if they have not received at least one dose of vaccine against Covid-19 .

► The government is preparing to close the vaccination centers

The vaccination centers could close this fall, or at the latest in February 2022, depending on the ability of pharmacists and liberal doctors to take over, according to a document from the Ministry of Health consulted on Tuesday by AFP.

The vaccination campaign continues to slow down, to such an extent that the closure of the centers created at the beginning of the year is envisaged within one to six months. The ministry is counting on a “Load of injections” of 2.9 million doses per week in September – an optimistic assumption given the 1.8 million doses that passed last week. The weekly rate would then drop to 1.3 million in October, 0.7 in November, 0.6 in December then 0.4 and January and February.

► The regions reiterate their request for financial compensation to Jean Castex

► In Guadeloupe, the start of the school year ten days late

Ten days after the official return to school in France, the Guadeloupe students returned to school on Monday. A back-to-school postponed due to the surge in Covid cases. Guadeloupe being still confined, this re-entry has been adapted, with a strict health protocol.

→ READ. “A generation sacrificed”: in the world, a return to school at two speeds

After the start of the school year, most of the lessons will be distance learning. Students do not have “No school meals”, no lessons in the afternoon and will be present “One to two half-days per week in small groups”, without sports lessons.

► The vaccine offered to 12-15 year olds in England, booster shot for those over 50

England will offer 12-15 year olds to be vaccinated as early as next week, following the advice of the chief doctors of the four nations of the United Kingdom. Scottish, Welsh and Northern Irish local governments will in turn have to make their decision known. The vaccination program will be carried out through schools, with the consent of parents or officials.

→ WE WILL ANSWER YOU. Covid-19 vaccine: ask your questions about the third dose

The British government also announced on Tuesday that a booster dose of the vaccine would be offered as early as next week to over 50s and caregivers, hoping to avoid further confinement this winter. People aged 16 to 49 with health problems and adults in contact with immunocompromised people are also targeted.

Vladimir Putin must isolate himself after several cases of Covid in his entourage, the Kremlin announced on Tuesday. The Russian president said he hoped to be protected thanks to the Sputnik V vaccine. “I hope that everything will go as it should, and that Sputnik V will really demonstrate its high level of protection”, he said during a videoconference with executives of his party and his government broadcast on television.

► The European Union still interested in the Valneva vaccine

While the United Kingdom has just terminated its contract with the Franco-Austrian group, the French government assured Tuesday that the European Union was still interested in the vaccine from the Valneva laboratory and was continuing its negotiations. Several countries are now relying on this vaccine to ” to diversify “ immunization coverage, the ministry said.