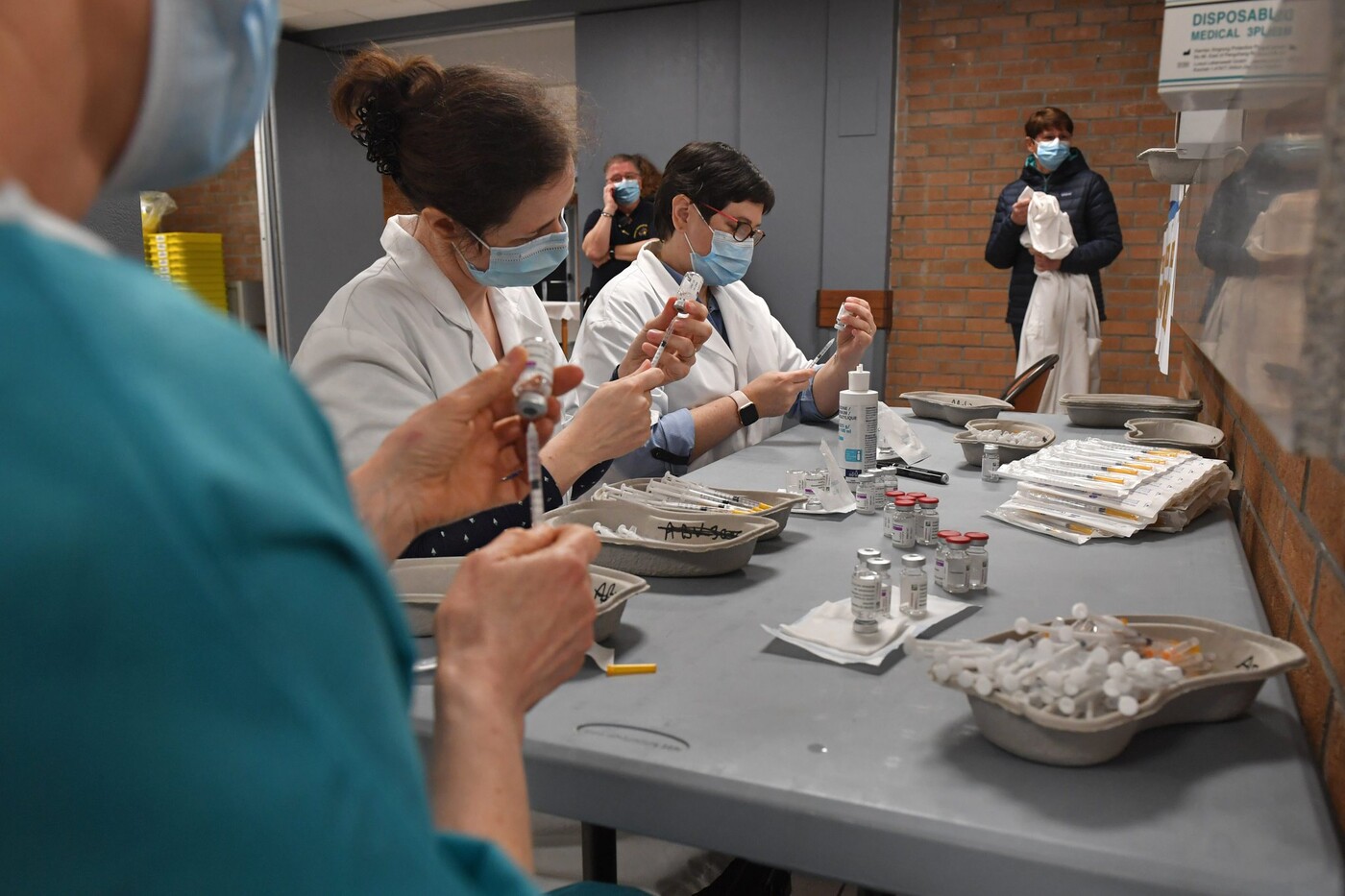 Flip-flop. Tuesday April 6, while the European Medicines Agency (EMA) announced that it did not have “Still reached a conclusion” on AstraZeneca, an official of the institution admitted in an Italian daily that “ it is clear that there is a link “ between this vaccine and cases of thrombosis, sometimes very serious, in some vaccinated people. Until now, the EMA has always refused to link the two.

In France, the National Medicines Agency made the connection from its bulletin of March 26: “The very atypical nature of these thromboses, their The common clinical picture and the time to homogeneous onset confirm the very rare occurrence of this thrombotic risk in people vaccinated with the AstraZeneca vaccine. “

→ READ. Covid-19: in the Roya valley, a vaccine campaign without AstraZeneca

In its April 2 report, the agency listed 91 cases of severe thromboembolic events in 1.9 million people who received a dose of this vaccine. A dozen cases, nine of which concern people under the age of 55, are considered “atypical” and four patients have died. ” These cases atypical mostly occurred in women within a median of 9 days after vaccination Describes the report.

More cases than in the general population

Specialists consider them “atypical” because they involve large veins in the digestive or cerebral level (cerebral venous thrombosis, CVT), sometimes with thrombocytopenia. What is it about ? Thrombosis is the blockage of a blood vessel by a clot. Thrombocytopenia consists of a too low level of platelets, this component of the blood which regulates its coagulation.

” Cerebral venous thrombosis with a drop in the number of platelets is a very rare phenomenon. There, we see many more cases in the vaccinated population than in the classic population ”, confirms Luc Moraglia, vice-president of the French society of phlebology.

Elsewhere in Europe, the United Kingdom reports thirty cases of thrombosis out of more than 18 million doses of AstraZeneca injected as of March 25, of which twenty-two are CVT. Seven people died. In Germany, the vaccine research institute Paul Ehrlich reported at the end of March one case of atypical thrombosis per 100,000 injections.

Beyond the observation, specialists are struggling to explain why and how the vaccine would promote these phenomena. The European pharmacovigilance committee, which is held until the end of the week, should provide clarification.

→ ANALYSIS. Covid-19: is the course set by Emmanuel Macron realistic?

” We must analyze the cases in detail to determine the benefit-risk balance of this vaccine according to populations and ages., suggests Daniel Floret, vice-president of the technical committee for vaccinations at the High Authority for Health (HAS). Perhaps it is a lot of women because it has mostly been given to young caregivers, where women are overrepresented. “

” It is important to look at all possible factors, if the affected people were taking oral contraception for example », Adds Luc Moraglia.

What about the second dose?

In France, the use of this vaccine was finally restricted to people over 55 from March 19. Could the recommendations change? The Ministry of Health indicated on Tuesday April 6 that it would follow “the formalized opinion of the EMA as soon as it is published”. In all cases, unused doses of AstraZeneca will be re-administered to volunteers. And the immunization targets set should be maintained.

The authorities are, however, well aware of the concerns of those under 55 who have received a first dose of AstraZeneca and are wondering about the second. The HAS should publish an opinion on this point in the coming days. ” In Germany, the authorities recommended using the products of Pfizer or Moderna, twelve weeks after the first dose of AstraZeneca “, notes Odile Launay, infectious disease specialist at Cochin hospital and member of the Covid-19 vaccine committee.

As long as the link with thrombosis is not fully understood, the specialist remains more cautious about a possible replacement by the Janssen vaccine, the first doses of which should arrive on April 19: AstraZeneca and Janssen indeed work with the same technology of viral vector.

Where is the vaccination campaign in France?

To speed up injections, around forty vaccinodromes (large centers making at least 1,000 injections per day) are open or about to open, like the Stade de France, in Seine-Saint-Denis (read a full article on our site)

12 million doses must be delivered to France in April including 1.2 million doses of AstraZeneca which must be distributed this week to doctors, pharmacists and private nurses.