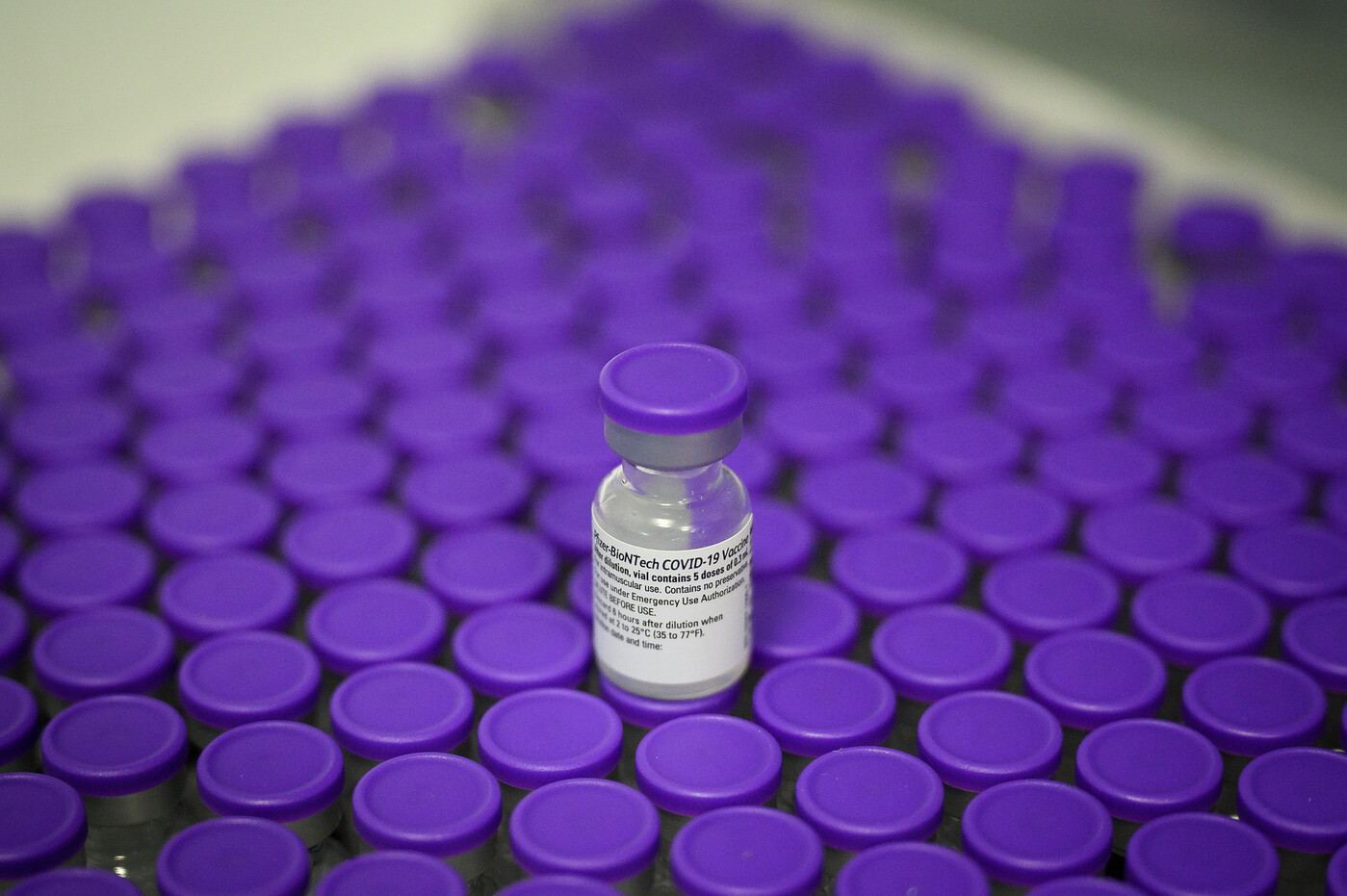 After Pfizer and Moderna, a third anti-Covid-19 vaccine could obtain its marketing authorization by the European Medicines Agency (EMA), Friday, January 29: ChAdOx1, developed by the University of Oxford and AstraZeneca. This time, it is a “viral vector” vaccine: a chimpanzee virus is injected, harmless to humans, which carries with it the genetic code for the spike protein to be recognized by the immune system.

Then, should follow the vaccine developed by Janssen, European subsidiary of the American Johnson & Johnson, which works on the same system, but with another virus as “vehicle”.

Two other vaccines have also been pre-ordered by France: the product developed by Sanofi and GSK, and that of the German CureVac. The first is based on a subunit protein, that is to say, very schematically, that the spike protein is injected directly, which by itself does not cause disease. Problem: the immune system can “snub” this solitary protein, and not react. The first tests were also disappointing, admitted Sanofi, which postponed the release of this product to the end of the year.

CureVac’s product works using the same technology as Pfizer and Moderna, with messenger RNA. Phase 3 trials were launched in December 2020 and are expected to yield preliminary results in early summer 2021, paving the way for review by the EMA. ” RNA vaccines really were a gamble, recognizes a researcher from a pharmaceutical laboratory. The patents were barely mature and we didn’t expect Pfizer and Moderna to get there so quickly. “

In total, around the world, ten vaccines against Covid-19 have already been approved and around sixty are in clinical trials in humans. With messenger RNA vaccines like Pfizer and Moderna showing record efficacy of over 90% according to preliminary results, why keep looking for more?

First, because precisely these are preliminary results. “ Many questions remain unanswered, such as the effect on transmission, efficacy on the elderly and in the long term, the impact of variants, etc. recalls Morgane Bomsel, researcher at the Cochin Institute. This is normal: effective and safe vaccines, but immediately, it is incompatible. “

“ From the time the infectious agent is identified, it normally takes two to three years to develop a vaccine. There, everything happened at the same time », details Élisabeth Bouvet, president of the technical committee for vaccinations at the High Authority for Health. In fact, manufacturers did not wait to fully understand the virus to decide on a protein to target, and the first tests on a hundred volunteers did not yet give their results, and thousands of others were already recruited to climb. the scale of the different clinical phases.

In the end, and even if some throw in the towel like Merck, having several vaccines will take into account the health of each. While a “good generic” is ideal, in reality health conditions, immune systems, and possibly taking other drugs mean that not every vaccine works as effectively in every individual.

Very old people, for example, have a poorer immune response. ” Some vaccines will be more sensitive to this immunosenescence than others, suggests Daniel Floret, infectious disease specialist and also a member of the “vaccination” county at the HAS. Vaccines which bring into play different immune mechanisms can protect against disease or against infection for a shorter or longer period. “

The two are not synonymous. The vaccines from Pfizer and Moderna protect against the disease, they prevent serious forms. But the studies available do not make it possible to say whether they protect against infection: a vaccinated person could then be simply asymptomatic. ” These vaccines are useful in the emergency to unclog the health system, but over the long term, other products may be more effective. », Recognizes a French health official.

→ EXPLANATION. Covid-19: Can a vaccinated person get infected?

Three vaccines – two from the US and one from Canada, all at the start of human trials – are based on oral injection into the respiratory mucous membranes and may provide protection against transmission. The Pasteur Institute is also working on this track, at a less advanced stage.

The arrival of the new variants could also force a review of the vaccines, and the last in the race could then find themselves first. ” RNA vaccines can be updated very quickly, however, because they are made in a chemical process much like a lego. “, Nuance Élisabeth Bouvet. His colleague Daniel Floret notes it: “ everyone is constantly adapting with this epidemic, it makes sense that vaccine research will too, and having multiple vaccines will allow multiple strategies depending on availability. “

A multitude of vaccines

63 vaccines are in clinical trials in humans, and 173 others are at an earlier stage. Among the 63 most developed products, the vast majority require two doses and are administered by intramuscular injection.

After the withdrawal of the Pasteur Institute and its partner Merck, two French vaccines are in advanced clinical trials: that of Sanofi and that of Valneva.

Ten of them are approved for emergency use or conditional marketing throughout the world: RNA vaccines from Pfizer and Moderna, those with viral vectors from AstraZeneca, Russian Gamaleya and Chinese Cansino, those with inactivated virus (three Chinese products and one Indian) and a Russian subunit protein vaccine, licensed but not yet deployed.