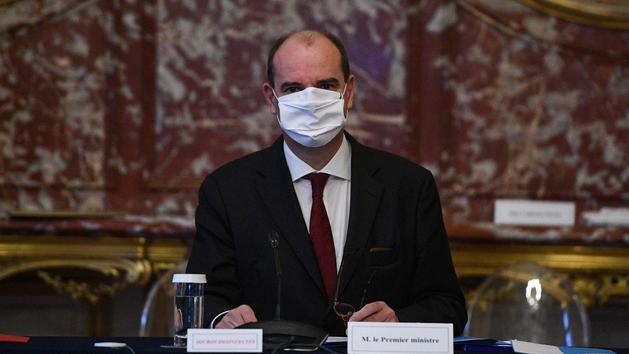 Jean Castex calls for general mobilization. Invited on France Info Monday morning, the Prime Minister warned the French against the upsurge of Covid-19, calling on them more than ever to respect the instructions. “We are in a strong second wave“, Noted Jean Castex who”calls in an extremely clear way that we all mobilize to face this 2nd wave (…) There can no longer be any relaxation“.

He also announced new measures to support the economy, weakened by the crisis, and returned to the rise in insecurity – “Weak point of our country” – since the summer.

Jean Castex recognized it: insecurity is today “The weak point of our country”. The Prime Minister deplores the increase in violence in France, illustrated once again last week by the assault of two police officers in Val-d’Oise. “It is the State and the Republic which are targeted”, he said. “Beyond the fight against the health crisis and the economic crisis, the fight against insecurity is also one of my government’s priorities”, hammered the Prime Minister, recalling that 10,000 additional police officers had already been recruited “In this five-year term”.

SEE ALSO – Jean Castex: “The fight against insecurity is also one of my government’s priorities “

As the epidemic resumes vigorously in France, the Prime Minister has defended any failure of the government during deconfinement last May. “We deconfined, I think, effectively”, certified Jean Castex. The Prime Minister however underlined the behavior of the French during the summer holidays. “The French thought it was over, (they) considered a little too quickly that this virus had disappeared”, he regretted. Before making a call: “I call extremely clearly that we all mobilize to face this second wave. There can be no more relaxation ”.

SEE ALSO – Covid-19: “the French thought it was over », Regrets Jean Castex

Jean Castex warned that new restrictions could take place in the coming days depending on the evolution of the epidemic. “If in this period of two weeks we see that the health indicators deteriorate a lot, that the resuscitation beds are filling even more than expected, we could take additional measures”, he indicated. The Prime Minister reaffirmed that the “General re-containment must be by all means avoided” but that “Nothing should be excluded”, including local re-containments.

Is it difficult to succeed Edouard Philippe? The former prime minister has become the favorite political figure of the French since his departure from Matignon. Meanwhile, his successor falls in the opinion polls. “I think I remember that he, like any prime minister, also had a few difficult times in the polls,” recalled Jean Castex. “It happens to me today, whatever”, he swept away, recalling that his mission was “Not to please” But “To act and to succeed”.

The Prime Minister certified that France had not delivered a ransom, nor even participated “To negotiations” between the Malian government and the jihadists for the release of the ex-French hostage Sophie Pétronin in Mali last week.

After the failure of the first version of StopCovid, the Prime Minister announced that a new version of the tracking application was in the works. It will be ready for October 22. “ The government, the President of the Republic, have asked to work on a new version which will be officially launched on October 22 and therefore at that time I will download it“, He promised, while he himself admitted on a television set at the end of September not having downloaded the StopCovid application.

On the occasion of the national day against poverty, the government will make announcements to help the most vulnerable. “ The government will announce the decisions it takes for the most vulnerable », Indicated Jean Castex. “ For the poorest, I think that we will have to adapt our intervention tools according to the impact of the second wave.However, the Prime Minister ruled out any revaluation of the RSA or of allowances. “ These are not in our priorities. We want to boost the insertion mechanisms that take people out of this state to lead them to employment, to training and give them additional remuneration », He explained. But “ no bonus Additional.

The head of government also estimated that the debate on the possible counterparts of companies to aid granted under the recovery plan was “legitimate“But had to”treat yourself company by company“. “You always have to ask yourself how public money is used, it’s absolutely healthy in a democracy», Indicated Jean Castex. “The social dialogue bodies in companies must, whenever they are eligible for or benefit from the recovery plan, that these bodies be referred“, Added the Prime Minister, who nevertheless refuses”that they have a right of veto“.

The Prime Minister also reiterated his opposition to a possible exceptional contribution of the most privileged to finance the recovery. “ Economic recovery requires confidence and visibility. There will be no tax increase, I maintain this position“, He assured.