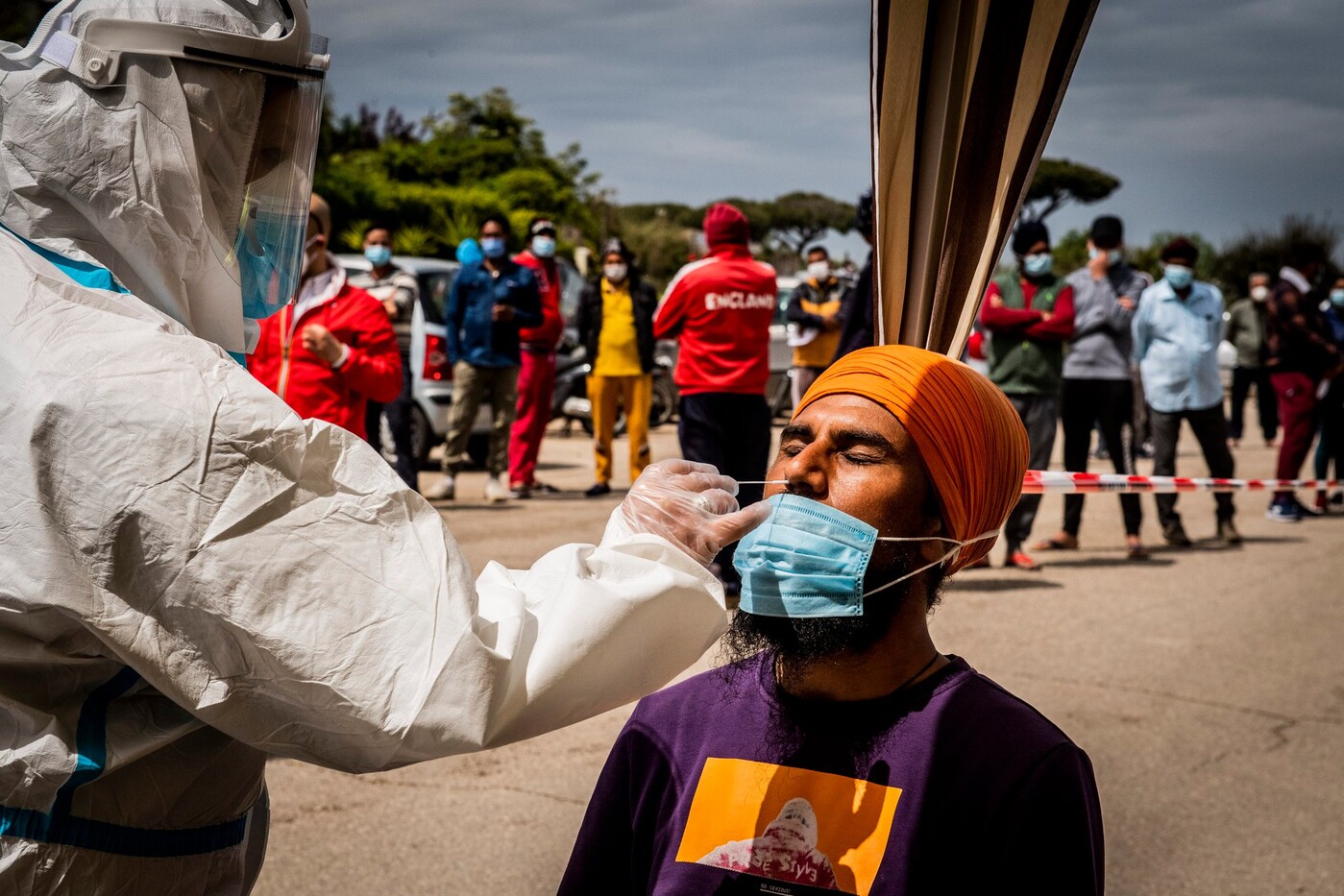 ” This new variant could seriously disrupt our progress and make it much more difficult to take the next step. “While the cases linked to the Indian variant have doubled in one week (1,300 cases recorded), Boris Johnson has not ruled out reviewing his deconfinement plan, started since May 17 and whose last stage is scheduled for June 21 . This is despite a well-advanced vaccination campaign, with more than 36 million people having received a first dose and nearly 20 million having received two injections.

For the scientific committee which advises the government, there is indeed a “Realistic possibility” that this variant is up to 50% more contagious than that which appeared at the end of 2020 in the south-east of England, resulting in “A substantial increase in hospitalizations” who would be ” similar or greater than previous peaks “. A very grim prospect of relapse, after the strict confinement and the peak in mortality experienced in the United Kingdom at the start of the year.

” The progression of the variant on the British side is indeed rapid “, Comments Yves Gaudin, virologist at the University of Paris-Saclay, who considers that our neighbors” release the barrier measures too quickly: as long as we have not reached the threshold of 70% of vaccinated, the return to normal can only be very gradual. Especially since the Indian variant could partially escape the immunity induced by those who have circulated previously, but also the immunity provided by AstraZeneca “. A concern tempered by Bruno Lina, virologist and director of the national reference center in Lyon, noting that “ the number of cases remains relatively limited ” and ” data concerning the Indian variant, and in particular its overcontagiousness, are not consolidated “.

If the British Minister of Health, Matt Hancock expressed his ” growing certainty that vaccines are effective against the Indian variant The British have already decided to reduce the interval between the two doses of vaccine to eight weeks for people over 50 and the most vulnerable, while screening has been stepped up in affected areas. Beyond these measures, messenger RNA vaccines could be given a greater place across the Channel, where AstraZeneca has been used extensively.

On this point, the European Medicines Agency indicated on May 12 that the data concerning the effectiveness of messenger RNA vaccines against the Indian variant of Covid-19 were ” encouraging “, While saying” optimistic About the ability of AstraZeneca or the Janssen vaccine to counteract it. For its part, the World Health Organization has indicated that “ new, robust studies are urgently needed »On the Indian variant, both on its circulation and on its degree of attenuation of vaccine efficacy.

In France, Public Health France identified, on May 11, “24 episodes involving at least one case” of Indian variant, in seven metropolitan regions as well as in Guadeloupe, specifying that “The vast majority of episodes reported to date are linked to cases of returning from a stay in India “. ” The situation is under control », Assures Bruno Lina, thanks to the tracing and isolation of cases. ” However, the two foci where the notion of travel does not come into play deserve further investigation. », He adds, mentioning the hypothesis of an importation from Switzerland in one of the two cases. In order to follow the circulation of the Indian variant, ” the screening policy will also evolve this week to better identify the corresponding mutations, and will be completed with sequencing », Indicates the researcher.

Another protective measure, the severe restrictions on air links with India: travelers with a compelling reason must present, when boarding for France, a negative test, then submit to a new test on arrival. antigenic at the airport, as well as a mandatory 10-day quarantine, with the obligation to communicate their address, so that the respect of the isolation can be controlled. ” Controls that did not exist before, which facilitated the introduction of the British variant », Observes Bruno Lina.

A variant under surveillance

The Indian variant was first identified in October 2020. Detected in nearly fifty countries, it was classified on May 11 as ” worrying By the World Health Organization, along with the British, South African and Brazilian variants.

In France, the British variant remains in the majority with nearly 80% contamination, while the share of South African and Brazilian variants remains stable, between 5 and 6%, but with variations according to the departments. Regarding the emergence of the Indian variant, Public Health France indicates that it “ There is no evidence for meaningful community dissemination “.