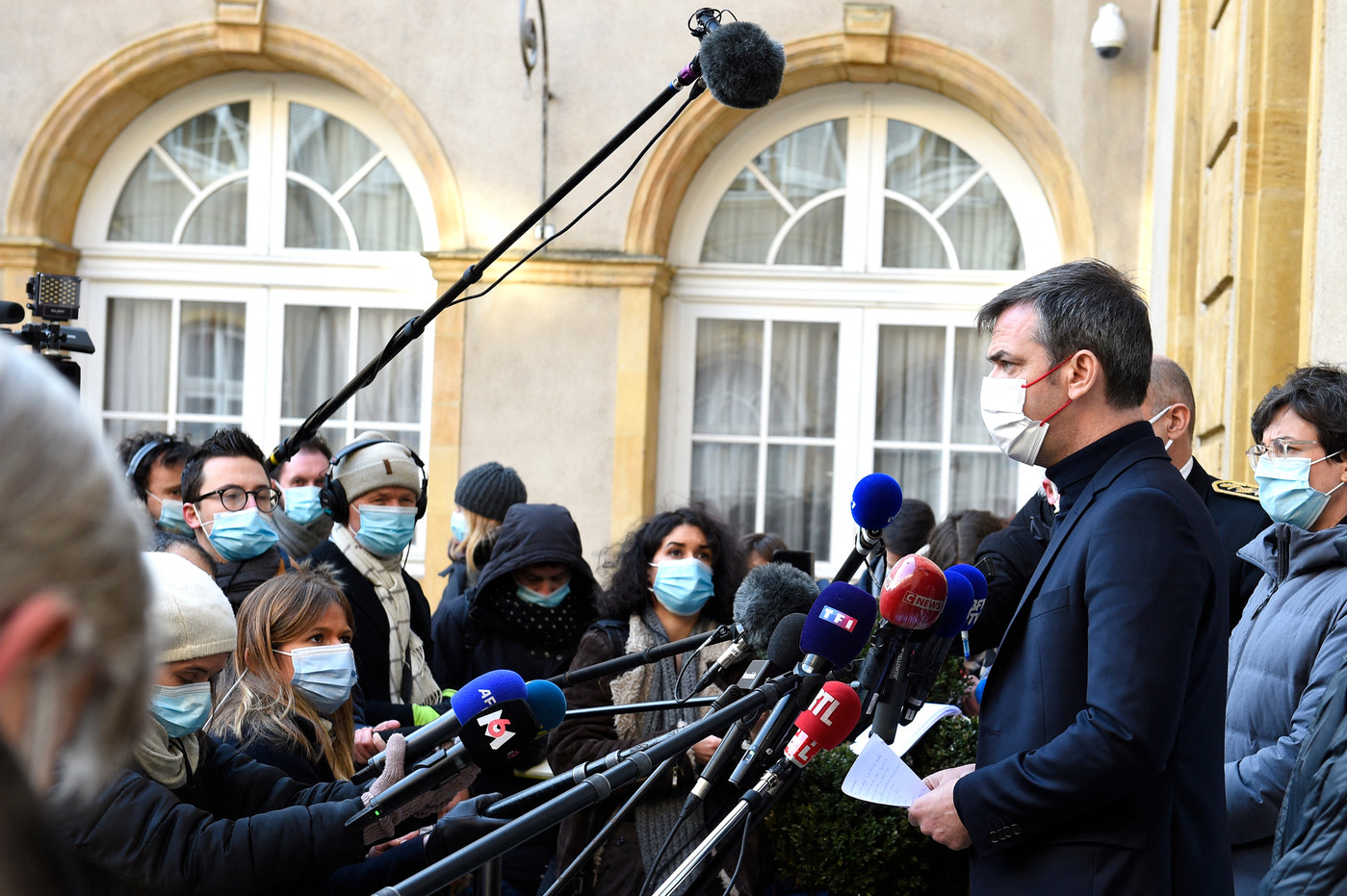 The Minister of Health expressed concern on Thursday February 11 about the situation in Moselle, where a significant number of cases of South African and Brazilian variants of Covid-19 have been detected, risking to undermine the relative stability of the country on the epidemiological plan. “We must obviously be ready to act, if the situation were to require it, in order to protect the population in a territory which has already paid a heavy price for the pandemic”, said Olivier Véran during a press conference.

Despite this situation, described as“Disturbing” according to the minister, the circulation of the virus remains stable in France, where the government will have a new tool with saliva tests at school. 21,063 positive cases were recorded in 24 hours by Public Health France Thursday, in the average of the last days.

→ REPORT. In Metz, the Covid-19 pandemic is changing the hospital chaplaincy

► Vaccine: a single dose for people who have already had the Covid

French health authorities recommended Friday February 12 to “Offer only one dose” of Covid-19 vaccine to people “Having already had an infection” by the coronavirus, becoming the first country to make such a recommendation.

People cured of Covid-19 “Have already developed an immune memory during the infection. The single dose of vaccine will thus play a reminder role ”, explains the High Authority of Health (HAS) in its opinion, which must still receive the approval of the government. The authority also recommends waiting “Beyond three months” after illness, “And preferably six months”, before injecting this single dose.

A total of 1,599 classes and 103 schools are currently closed due to cases of Covid-19, the Ministry of National Education said Friday, February 12, figures sharply higher.

Last week, official figures reported 934 classes – out of a total of 528,400 – and 105 schools closed. The academies of Versailles and Créteil are particularly concerned by these class closures. However, these figures do not take into account establishments in zone A, which have been on vacation for a week.

► A group of elderly people asks for relief in nursing homes

A group of elderly people demanded relaxations in the health protocol in force in retirement homes, at a time when residents begin to receive the second dose of the vaccine.

This collective, supported by the association of directors serving the elderly (in nursing homes and at home) AD-PA, calls on the government to position itself “Quickly” sure “Four major reliefs” : a return to normal for visits from relatives, the possibility of returning to families, finding activities that are not compartmentalized by floors and a shortening of the sanitary distance in dining rooms.

Portugal will welcome next week two teams of health workers sent as reinforcements by France and Luxembourg to help two hospitals overwhelmed by the influx of patients, announced the Lisbon government.

→ ANALYSIS. Covid-19: why Germany is continuing restrictions despite its good results?

A doctor and three French nurses will work at Almada hospital, in the southern suburbs of Lisbon, and the Luxembourg team, made up of two doctors and two nurses, will strengthen the teams at the Evora hospital, said the health ministry, adding that their arrival was scheduled “In the week of February 15”.

Portugal had already accepted aid from Germany, which sent a team of 26 military medics and nurses to a private hospital in Lisbon.

► The Australian Open shaken up by confinement in Melbourne

The Covid-19 is invited again to the Australian Open. A new five-day containment of the six million inhabitants of the state of Victoria, of which Melbourne is the capital, was announced on Friday to counter a possible resurgence of the epidemic, forcing the tournament to take place behind closed doors.

This sudden confinement, which began on the night of Friday February 12 to Saturday 13 (Friday at midday in France, Editor’s note), was decided after the appearance of an epidemic focus “Hyperinfectious” of contaminations with the English variant, likely to ruin the efforts carried out so far successfully by Australia, announced Daniel Andrews, the Prime Minister of this State.