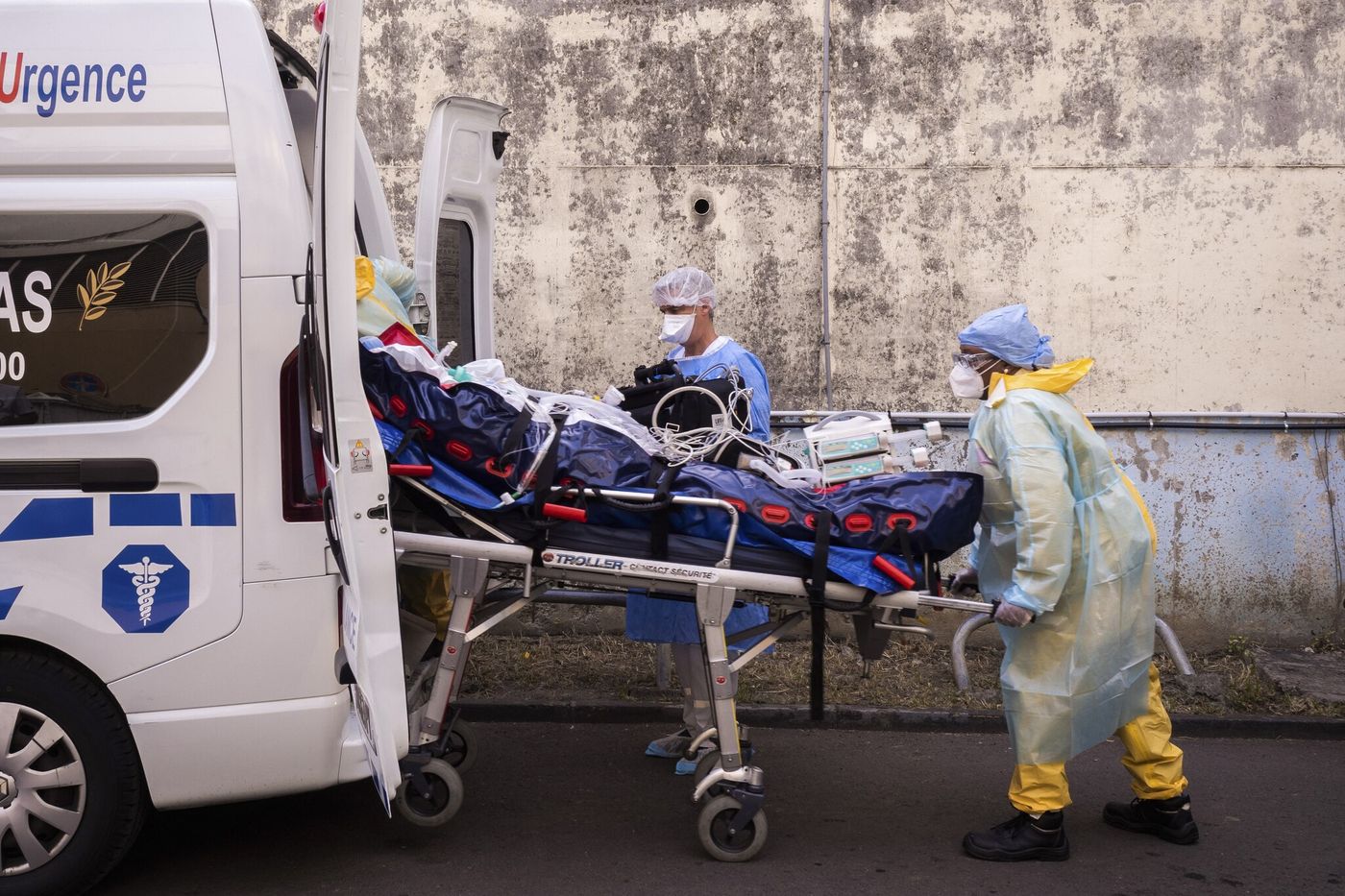 Jean-Michel Blanquer said Tuesday, September 7 that 545 classes were currently closed in France because of the epidemic, i.e. “A little above 0.1%” between them.

→ ANALYSIS. Covid-19: in middle and high schools, the “fiasco” of self-tests

“This is important data which shows that, for the moment, we are in a management of the situation which resembles that of last year”, said the Minister of Education, when asked about the start of the new school year during questions to the government in the National Assembly. On July 2, 374 classes were closed out of 528,400, or 0.07%, according to ministry figures.

“The peak of hospitalizations has passed following confinement” set up in Guadeloupe to fight the Covid-19 epidemic, announced Monday, September 6, the medical director of the CHU crisis, Bruno Jarrige. “We must now be very attentive to what will happen on September 19, with the end of confinement and the start of the school year, because the virus is still and there and the risk is that it will start again”, he warned.

Monday, September 6, 68 people – including 59 patients with Covid-19 – were in intensive care, while the territory counts in total “98 intensive care beds” and “36 critical care beds”, according to a press release from the ARS and the prefecture. After reaching a peak of 1,000 positive cases recorded per day, the archipelago, confined since early August, now has more than 200 daily cases, with an incidence rate of “432.2 / 100,000 inhabitants”.

► Treatment: the Institut Pasteur is looking for volunteers for a clinical trial

The Institut Pasteur de Lille has announced that it has recruited its first patient and is looking for 350 to 700 patients for the second phase of a clinical trial to find a treatment for Covid. The molecule should be administered to patients as a suppository, two per day for five days.

→ READ. In Lille, the clinical trial for an anti-Covid drug is launched

The trial, for which the Institute obtained the green light from the National Medicines Safety Agency in mid-June, is to measure the effectiveness of clofoctol in preventing hospitalization and in early treatment. of patients.

► French savings boom due to Covid-19

The French financial savings surplus caused by the pandemic amounted to 157 billion euros at the end of June, according to the latest figures from the Banque de France unveiled on Tuesday, September 7.

Since the first quarter of 2020, households have set aside around 267 billion euros, compared to the 111 billion expected outside the pandemic. “This saving is linked to the fact that there are certain expenses that households would have made in normal times but that they could not do” as in accommodation and catering, explained at a press conference Olivier Garnier, CEO of the Banque de France.

Faced with the Delta variant, the Order of Physicians asks Tuesday, September 7 that all doctors and health professionals can now have access to the third dose of vaccine, until now reserved for the oldest and most vulnerable people. The Delta variant, more contagious and now largely predominant, is more resistant than its predecessors to vaccines even if the latter still largely avoid severe forms.

→ PRACTICAL. 3e dose: “Do I need a booster if I had the Covid after being vaccinated”?

At the end of August, the High Authority for Health recommended a booster dose of the vaccine against Covid-19 to all people 65 years of age and over, as well as to those at risk of serious forms, potentially 18 million French people.

Joe Biden intends to unveil a plan on Thursday, September 9 “In six parts” against Covid-19, at a time when schools are reopening in a country facing a new outbreak, fueled by the Delta variant. Vaccination is not progressing fast enough to the taste of health authorities.

While a good number of prerogatives fall to the federated states, the central administration has a few levers. The White House has already imposed vaccination on the military, and implemented a sort of health certificate for federal employees, who have the choice between being vaccinated or undergoing tests as well as various restrictive measures. Washington has also demanded the vaccination of personnel in nursing homes receiving federal subsidies.