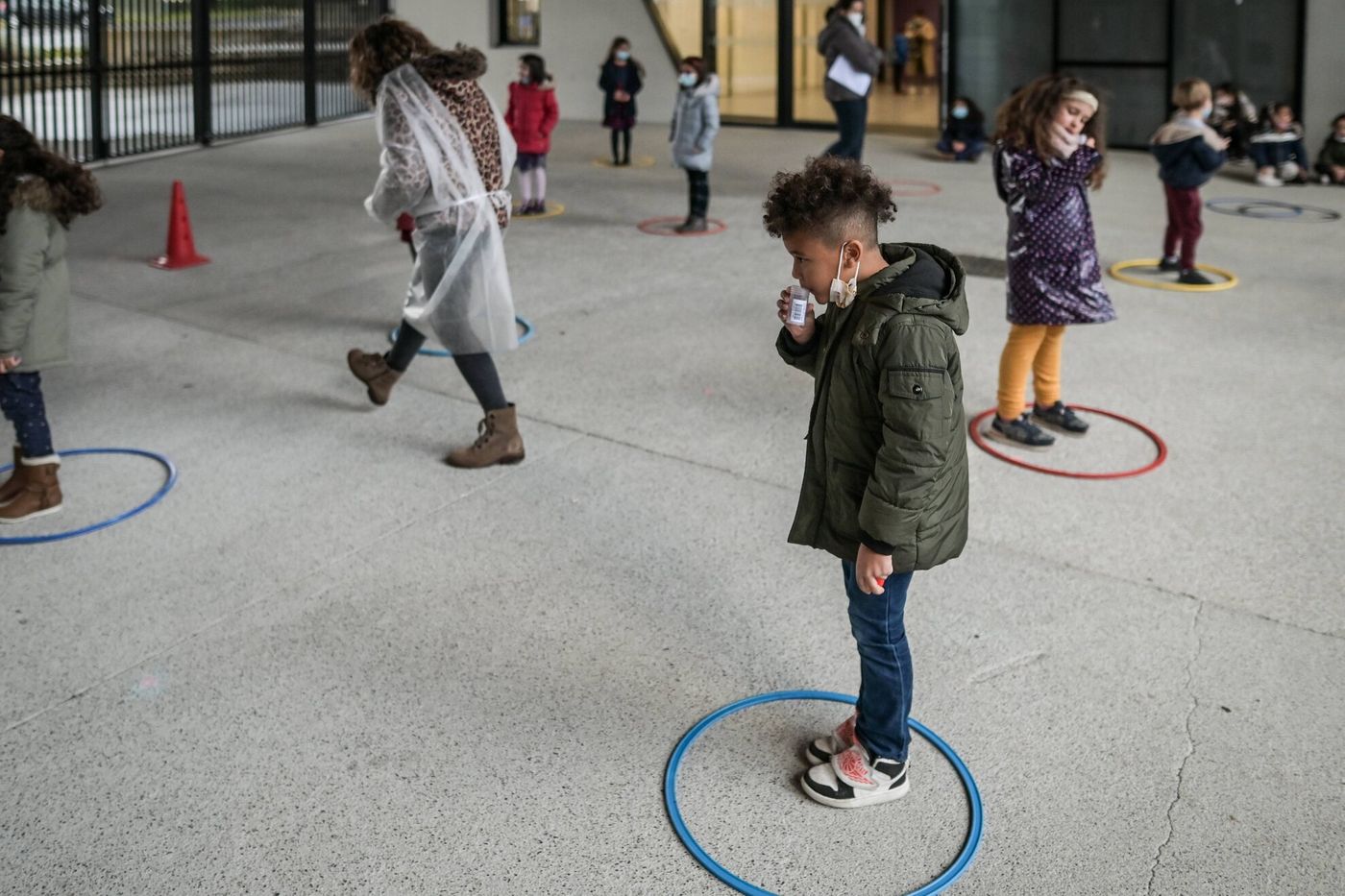 It’s a kind of boomerang effect of vaccination. While the majority of their elders have received two or even three injections, children are now the category of the population where Covid circulates the most. Monday, December 6, the incidence rate among 6-10 year olds was close to 1,000 cases per 100,000 inhabitants, or twice that of the general population.

This news has prompted the government to activate level 3 of the health protocol in primary school. Thursday, December 9, the mask will become mandatory indoors and outdoors, especially during recess. Physical activities in closed spaces will be limited and, from December 15, lunches in the canteen taken only between students of the same level in order to limit “mixing”.

Insufficient measures in the eyes of Professor Philippe Amouyel, both to stop the circulation of the virus and to protect children. “Certainly, very few have serious forms, but the more they are contaminated, the more they risk hospitalization,” warns the epidemiologist. Since the start of the epidemic, about one child per day has developed inflammatory syndrome as a result of the infection. Letting the virus circulate at school is to risk seeing these cases increase to two, three, maybe four. My resuscitator colleagues will tell you: one more child in intensive care is always one too many children.. “

→ READ. Covid-19: teleworking, discos, vaccination of children in Spain … The recap of December 7

A time on the table, the option of bringing the school holidays forward, as was done last spring, was ultimately not retained. “However, we have many more infected students today than in April 2021 and during all the previous waves”, points out Guislaine David, spokesperson for SNUIPP-FSU.

More than the announcements of December 6, the recent change in doctrine on the closing of classes arouses its incomprehension. “Since November 29, the instruction is no longer to close the class for seven days when there is a positive case, but to test everyone and bring back the negative cases, she recalls.Except that we do not take into account the incubation period which can last three or four days. As a result, cases increased 100% two weeks ago, and 50% last week. It was really not the right time to lighten the protocol ”, worries the school teacher.

Not enough screening or ventilation

Another gap pointed out by professionals: screening. ” Currently, we do about 200,000 tests per week at school. Out of 6 million pupils, that amounts to testing one class in 30. It is ridiculous », JudgeCatherine Hill. For months, the epidemiologist has advocated the use of group saliva tests. “This method, used in the United States, would test all students twice a week”, she assures, deploring a French strategy based solely on barrier gestures.

→ ANALYSIS. Covid-19, should children be vaccinated?

Before thinking about vaccinating the youngest,the government should also improve their reception. “From the start, we neglected very simple and yet effective measures, such as ventilation”, underlines Fabienne Kochert, president of the French Association of Ambulatory Pediatrics (AFPA), anxious to keep schools open to the maximum, while lightening a little the constraints weighing on the youngest. “We have been asking for CO sensors for months2 and air purifiers ”, confirms Guislaine David. In vain. “Today, very few establishments are equipped with it. “