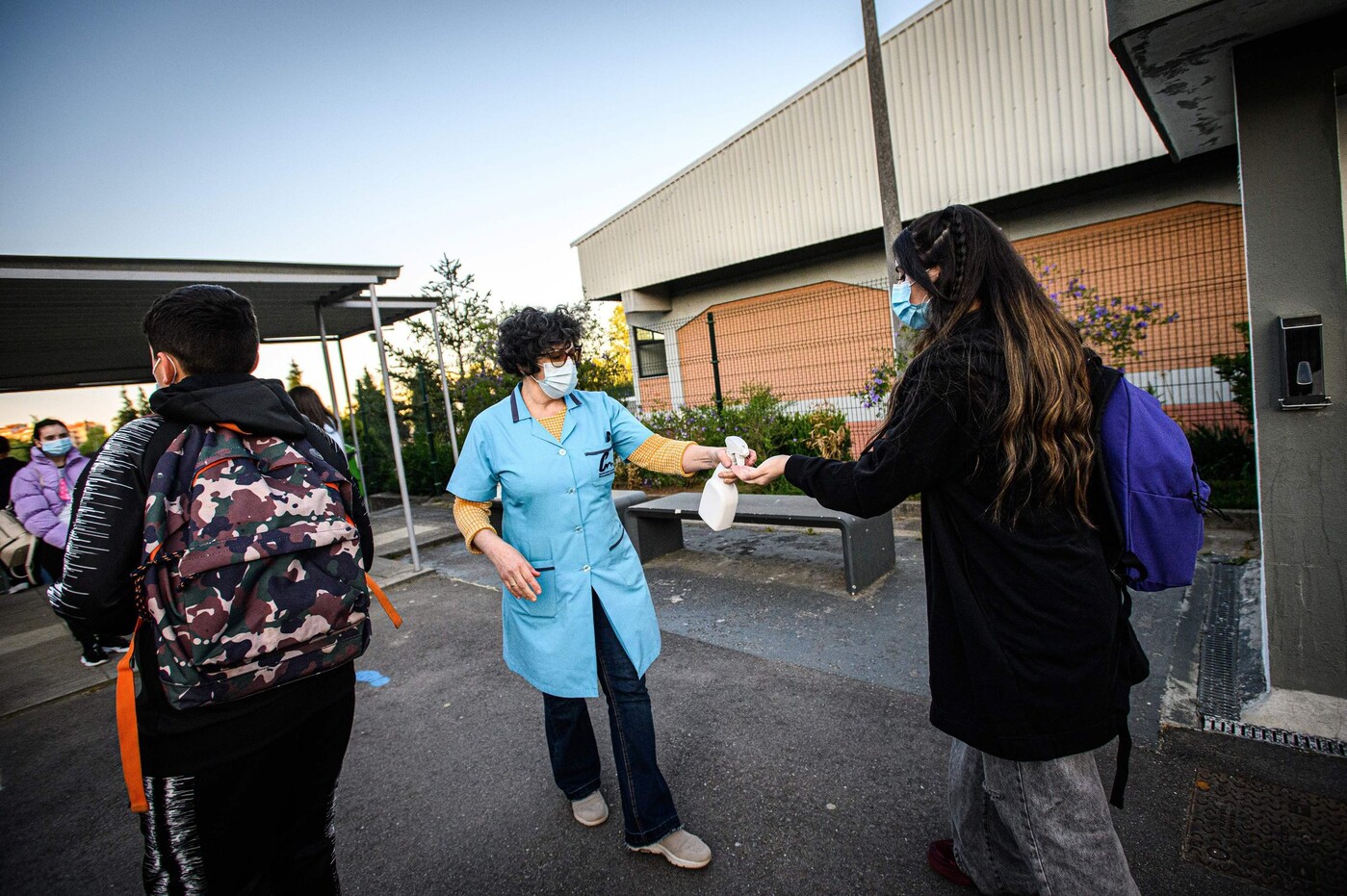 ► North of France: AstraZeneca vaccine doses are struggling to find a taker

Doses of AstraZeneca vaccine against Covid-19 have not found takers in vaccination centers in Nord and Pas-de-Calais, due to fear of side effects, alerted over the weekend of Easter for elected officials and doctors in the region. “It’s more than a wind of panic” : the mayor of Calais Natacha Bouchart said Monday April 5 to have “550 doses of AstraZeneca to be sold” and only have about 70 appointments scheduled for the next few days, while the slots for other vaccines fill up easily.

→ EXPLANATION. What do we know about the risk of thrombosis with the AstraZeneca vaccine?

“It’s been eight days since it started and Friday (when the British regulator of the drug indicated to have identified 30 cases of blood clots in people who received this vaccine, Editor’s note), it was the coup de grace ” summed up the chosen one. “We really need a national campaign to explain that this vaccine has no more negative consequences than Pfizer or Moderna”, she insists.

In Gravelines, Doctor Thierry Mraovic, one of the coordinators of the Sportica vaccination center, indicated on his Twitter account that 600 unused doses had to be returned, deploring that “The current criteria for the AstraZeneca vaccine (are) today limited to the population over 55 years old”. In Tende, in the Roya valley, faced with the reluctance of the population, doctors in this area landlocked by storm Alex no longer use the controversial product.

► France is starting vaccine production on its territory this week

Production in France of vaccines against Covid-19 is due to start on Wednesday April 7, at a French subcontractor, Delpharm. “Production is due to start this week, in this case on Wednesday, at Delpharm, in its Saint-Rémy-sur-Avre factory, to (the account of the German laboratory) BioNTech “, partner of the American Pfizer, said the French Ministry of Economy and Finance. Regarding production capacity, “Companies do not wish at this stage to communicate on the expected volume”, said the ministry.

In addition to Delpharm, the Swedish company Recipharm will produce vaccines for the American company Moderna, “By mid-April”, in its French factory in Monts. The maker Fareva should throw him “End of May, beginning of June” the production of CureVac, which is still subject to the condition of marketing authorization, in its factories in Pau and Val-de-Reuil. Finally, Sanofi, while waiting for its own vaccine, will produce for Janssen (a subsidiary of Johnson & Johnson), in Marcy-l’Etoile. “When we put all this end to end, we are on at least 250 million doses that will leave French sites by the end of the year, cumulatively”, concluded Bercy.

Museums, colleges and café terraces reopened Monday in Portugal, more than two months after their closure, the second stage of a gradual deconfinement plan.

After the reopening of primary schools on March 15, it was the turn of college students to return to their establishments on Monday. “We turn a page hoping that there will be no going back”, greeted Portuguese President Marcelo Rebelo de Sousa. The other sectors of activity which reopen to the public will have to observe strict sanitary rules. Group lessons remain prohibited in sports halls and gatherings are limited to four people per table on the café terraces.

► New record of cases in India, increased restrictions in Bombay

Maharashtra, India’s worst-hit state by Covid, which includes the megalopolis of Bombay, put new restrictions in place on Monday, as the country recorded more than 100,000 new cases for the first time in 24 hours.

In this state of Maharashtra alone (110 million inhabitants), nearly 60,000 new cases were recorded in one day. The local authorities therefore decided on Sunday to advance the curfew from 8 p.m. to 7 p.m., to apply a lockdown on weekends, to close not only bars and restaurants, cinemas, swimming pools, places of worship and public places. , but also private offices, and to prohibit any meeting of more than four people.

Prime Minister Narendra Modi seeks above all to avoid returning to national confinement, after that of March 2020, the consequences of which had been catastrophic for the poorest. India, which has totaled 165,000 deaths since the start of the pandemic, has so far administered nearly 80 million doses of the vaccine.

► Ramadan: only vaccinated people will be able to make the small pilgrimage to Mecca

Only people vaccinated or immunized against Covid-19 will be allowed to make the small pilgrimage, the “umrah”, during the Muslim fasting month of Ramadan which begins in mid-April, Saudi authorities announced on Monday.

→ READ. Covid-19: favorable opinion of the CFCM for vaccination during Ramadan