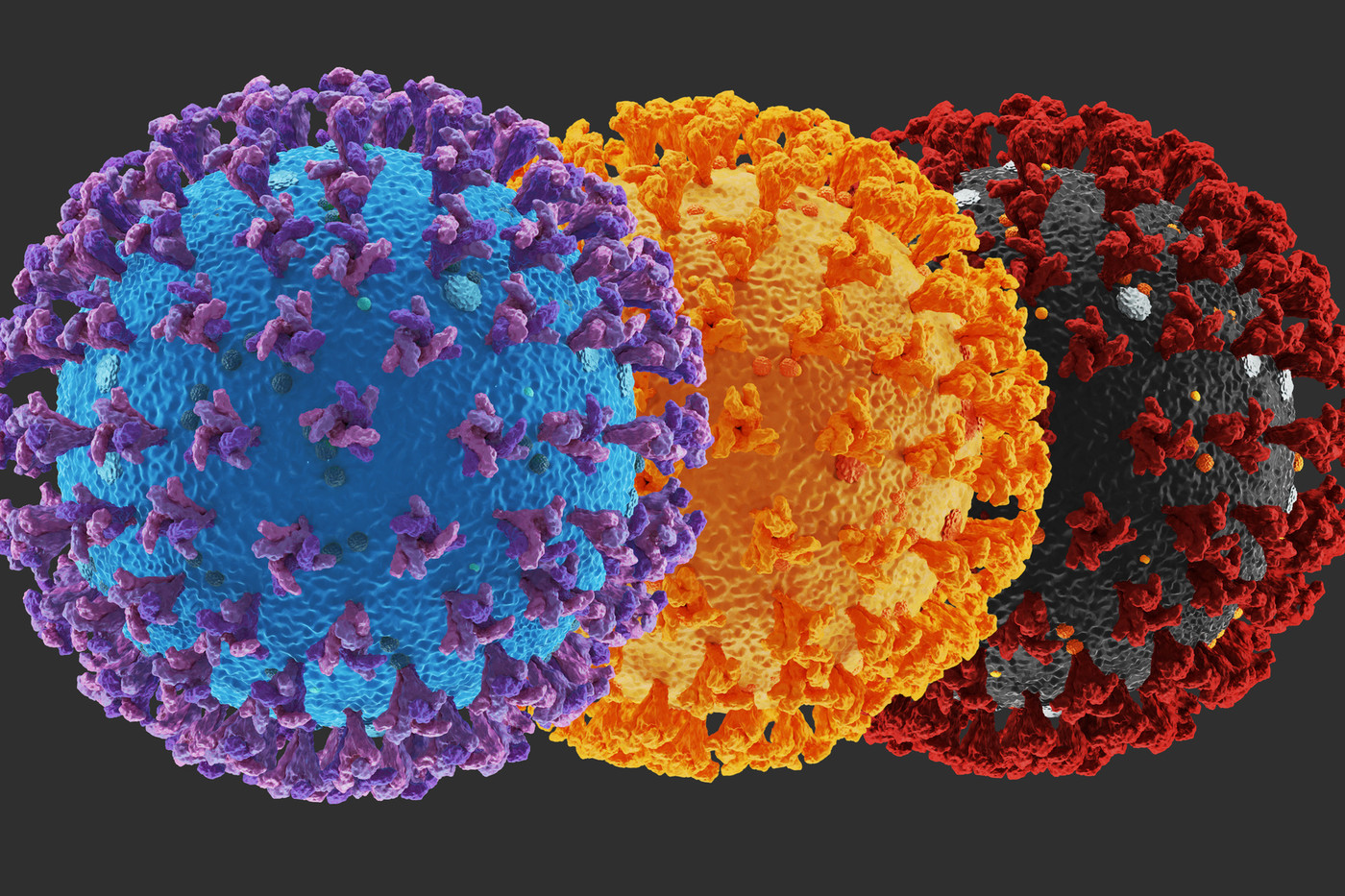 ► What are the variants of SARS-CoV-2 in circulation?

Several tens of thousands of versions of the virus exist or have existed around the world, according to the international platform Gisaid, which lists the different genomes. Even slowly mutating, SARS-CoV-2, the virus responsible for the epidemic, has infected so many people that many changes are appearing.

→ READ. Covid-19: what we know and what we don’t know about the British variant

Be careful, his mutation rate does not change. Simply, the selective pressure is stronger, because the virus has encountered more immune systems that have blocked its way, both in humans and in animals. Three variants are currently being closely scrutinized: the so-called “British” one, the one called “South African”, and the one called “Japanese”.

► Will the variants multiply in the future?

Yes, because the more copies they make, the more statistically there is a chance that they will contain errors. ” If we take cooking recipes for example, sometimes an unimportant word will be missing and the recipe will remain the same., compares Vincent Maréchal, professor of virology at Sorbonne University. But if a zero is added or removed from the amount of ingredients, your dish may be more or less good. »It is then logically the best recipe which is transmitted from kitchen to kitchen.

In the case of the virus, it is the most “effective” version that spreads. This had already been the case with the D614G variant. Appearing in February 2020, this form had become dominant across the world within a few months, as it was more contagious. ” This is a normal selection process, recalls Olivier Schwartz, director of the “virus and immunity” unit at the Institut Pasteur. This is also why it is important to stop transmission as soon as possible. “For now, he says,” none of these variants seems to induce different symptoms. It is also not known whether they favor severe forms. We just assume that they have a higher affinity with the receptors in our cells because they are transmitted faster.. “

► What do we know about the British variant?

Better known of the three, this variant appeared in September 2020 in the United Kingdom, where it quickly replaced the previous version of the virus. According to the latest figures, communicated on January 8 by the British authorities, it would represent 80% of positive cases in London, and more than half in the south of the country. Studies fluctuate, but all confirm that this variant is more contagious, between 50% and 70%.

→ ANALYSIS. Covid-19, concern grows around the spread of the British variant

The reason for this increased transmissibility would be due to a mutation located on the spike protein and called “N501Y”, which is also found in the other two variants which cause concern. ” We are starting to be able to assess the effects of each mutation on the virus genome, and to know if they are deleterious or favorable for it., says Vincent Maréchal. This seems to allow better attachment of the virus to human cells. “

More contagious, this version of SARS-CoV-2 is logically more contaminated and therefore more serious cases. But good news, the mutations seem a priori sufficiently minimal for the vaccines already available to continue to be effective, even developed from old versions. That said, Pfizer’s study confirming the efficacy of its product on the variant involves only one specific mutation. However, variants involve several changes, the interaction of which is still poorly understood. The question of knowing if one is less well protected, or for a shorter time, therefore remains open.

► What do we know about the South African variant?

Reported for the first time on December 18, the South African variant is also a carrier of the N501Y mutation and therefore more contagious. Be careful, although it shares similarities with that of the United Kingdom, these are two distinct evolutions of the virus. In their last epidemiological update of January 7, the health authorities reported three people infected with this variant in metropolitan France.

→ EXPLANATION. Covid-19: should we be worried about the increase in contamination in children?

Specialists are especially concerned about two mutations on the spike protein, which do not exist in the British variant but which are found in the Japanese: K417N and E484K. For now, scientists remain very cautious about the effects of these changes, “ that could possibly alter the recognition of the spike protein by the immune system “, Advance Vincent Maréchal.

No studies have been conducted on the effectiveness of vaccines against these mutations. As these target a large area, it is possible that a small change will have no effect. A preliminary American study, not validated by peers, indicates on the other hand that these mutations could reduce the effectiveness of the antibodies -induced by the product or a previous contamination. But these results should be taken with caution. Olivier Schwartz recalls that “ an infected person generates dozens or even hundreds of different antibodies, so the immune system can no doubt adapt, it remains to be seen to what extent “.

► What do we know about the Japanese variant?

Also known as the “Brazilian” variant, it was detected in four people returning from Brazil at Tokyo airport on January 2. The travelers were immediately put in isolation and, after sequencing the genome of the virus, Japanese authorities alerted the WHO last weekend. So far, very little reliable information has been disclosed about this variant, which is being studied by the Japanese and Brazilians.

The latter indicated that it was probably an evolution of a line circulating in the state of Amazonas. This emergence would have occurred very recently, “Probably between December 2020 and January 2021”, specified the Oswaldo-Cruz Institute in a technical note. This variant shares, among others, the mutations of the South African version.