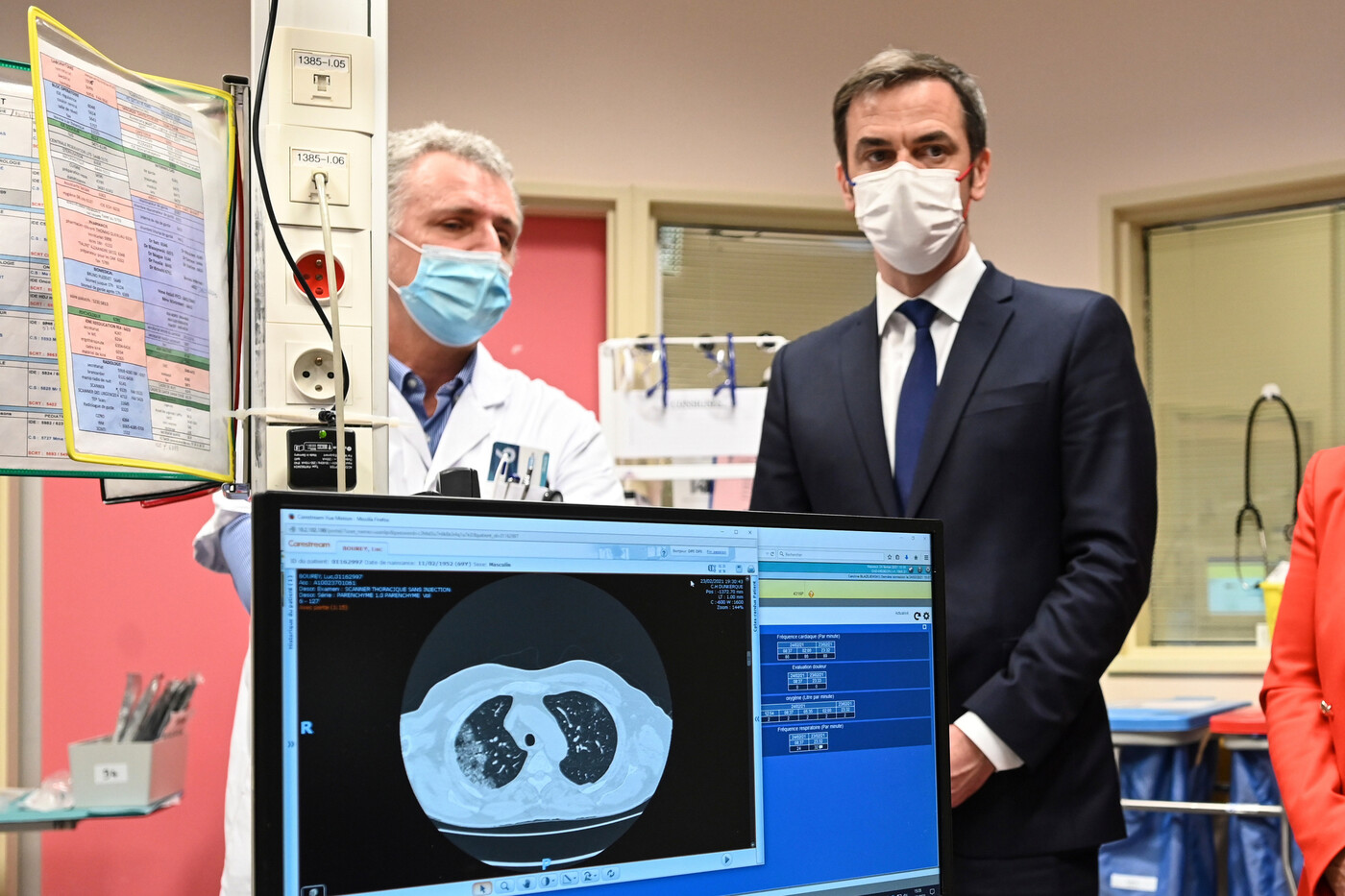 After the caregivers, who had published a video on February 15 by launching ” a final call to responsibility “To the inhabitants, it is the mayor of Dunkirk who sounded the alarm by asking for a” emergency examination »Of the situation in the urban community, in the grip of a viral outbreak, with an incidence rate of approximately 900 cases per 100,000 inhabitants on February 19, against 658 a week earlier. A rate more than four times higher than the national average (200), and higher than that of Nice (770), where restrictive measures were announced at the beginning of the week. The proportion of the English variant is greater than 70%.

→ ANALYSIS. Alpes-Maritimes: the effectiveness of partial containment remains to be proven

During an on-site visit, the Minister of Health Olivier Véran went to the hospital center, where health professionals confirmed an overload situation, causing patient transfers to other regions and the cancellation of operations. As well as a rejuvenation of the average age of patients, which Olivier Véran explained in part by the first effects of vaccination on the elderly, now less likely to be affected by severe forms.

After a meeting with elected officials, who spoke in favor of a reinforced prevention campaign to call on residents to avoid any regrouping, the minister announced that Dunkirk and the urban community would be subject to the same regime as Nice, with a confinement which will come into force on the evening of February 26. Residents will need certificates to get around, while shopping centers over 5,000 m2 will be closed and that the gauges in other businesses will be revised. Olivier Véran also announced a strengthening of the system ” test-trace-isolate », And the delivery of 16,000 doses of additional vaccines.

According to Philippe Froguel, professor at Lille University Hospital, “ confinement is justified, albeit late “. It would also be necessary to establish a ” sanitary cordon ” around Dunkirk, he suggests, before the whole of Hauts-de-France is overwhelmed, knowing that the English variant has already made significant progress in Lille. ” We should also consider not reopening schools “, He adds, under penalty of exposing the region to a saturation of hospital capacities” around March 10 or 15 “.

Earlier in the day, government spokesman Gabriel Attal indicated at the end of the Council of Ministers that the situation had deteriorated and that it was ” very worrying in ten departments “. Among them, the Alpes-Maritimes, Moselle, Bouches-du-Rhône, Var, but also Somme and Oise, close to the capital region.

The situation in Île-de-France will undoubtedly be decisive in the perspective of a possible switch towards the expansion of measures: on the evening of February 23, the incidence rate there was 270, with high rates in small and large crown, especially in Seine-Saint-Denis, in Val-de-Marne and in Paris itself. Jean Castex will hold a press conference on February 25 to take stock of the epidemic situation and perhaps announce new measures.