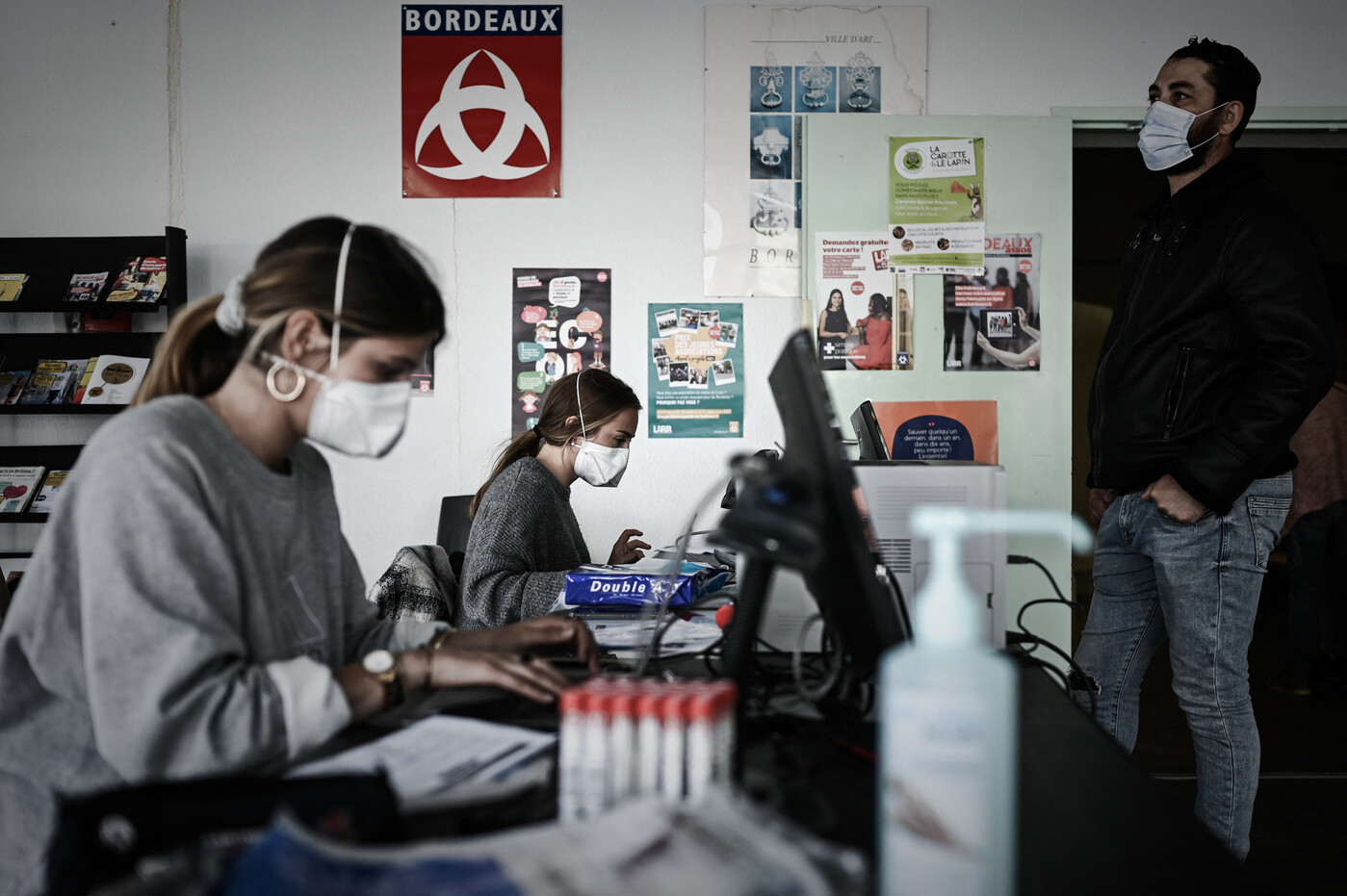 A new entry in the encyclopedia of Covid-19 variants. Friday, May 21, the regional health agency (ARS) of Nouvelle-Aquitaine announced that a cluster had formed in the Bacalan district in Bordeaux, with about fifty people positive for a variant. “Already known but very rare so far”.

A “Bordeaux variant” already identified in other regions, including Île-de-France and the Grand Est, but which is for the first time at the origin of such a large cluster. Hence a rapid mobilization of the authorities, both to screen and vaccinate the inhabitants.

A derivative of the English variant

“The originality of the Bordeaux situation is that this variant is being distributed in the community”, explained, in an interview with AFP, Denis Malvy, infectious disease specialist at Bordeaux University Hospital and member of the scientific council. The spread was not limited to a closed space, such as a residence for the elderly, and passed through ” two transmission chains “, according to Public Health France: during a family celebration in early May, then through children, via school.

In terms of characteristics, “This variant has the face of the English variant and has acquired several additional mutations including one, the E484Q”, detailed Denis Malvy. A mutation already known on some Indian variants, but “Acquired here in an indigenous way”, and who is “Associated with greater transmissibility”. The Bordeaux variant has thus joined the list of “worrying variants” established by Public Health France, alongside its English, South African, Brazilian and Indian “cousins”. Even though none of the positive cases were hospitalized and there is “No worry about its clinical severity at this stage”, said the director of the ARS this weekend.

More generally, Public health France recalled, in his point of May 21, that the emergence of variants “Is monitored with attention, but is not an unexpected phenomenon, in France as elsewhere”, given the pressure exerted on the virus, with both a greater number of people protected thanks to a first infection, and a vaccination which is progressing. In the United Kingdom, authorities, concerned about the rapid increase in the number of cases involving the Indian variant, published reassuring data on May 22 about the effectiveness of vaccines against these evolutions of the virus, but are continuing their investigations.

The emergence of the new variant in Bordeaux was in any case taken very seriously by the authorities, who organized screening operations from May 21 and strengthened the health insurance staff in charge of tracing. Stressing that the positive cases concerned only unvaccinated persons, the ARS highlighted the need to create a ” buffer “ and to avoid any propagation, hence the decision “To anticipate the vaccination of people over 18 without conditions” scheduled for May 31, and to release nearly 20,000 Pfizer and Moderna doses, including 5,000 as of this week, to vaccinate the entire adult population in the Bacalan district, using an ephemeral vaccination center and pharmacies .

An original intervention that could be reproduced, according to Denis Malvy : “It will undoubtedly be taken as a model when this type of cluster is renewed. “Other local outbreaks could indeed appear, according to the researcher, ” as long as the race continues between the virus and the speed with which the community will acquire its collective immunity ”.

Even if he indicated that there was no need to worry too much, Patrick Dehail, medical and scientific adviser of the ARS of Nouvelle-Aquitaine, wished to recall that “ the virus is still circulating and that the lifting of restrictions should not be seen as a return to life before, without limit “.