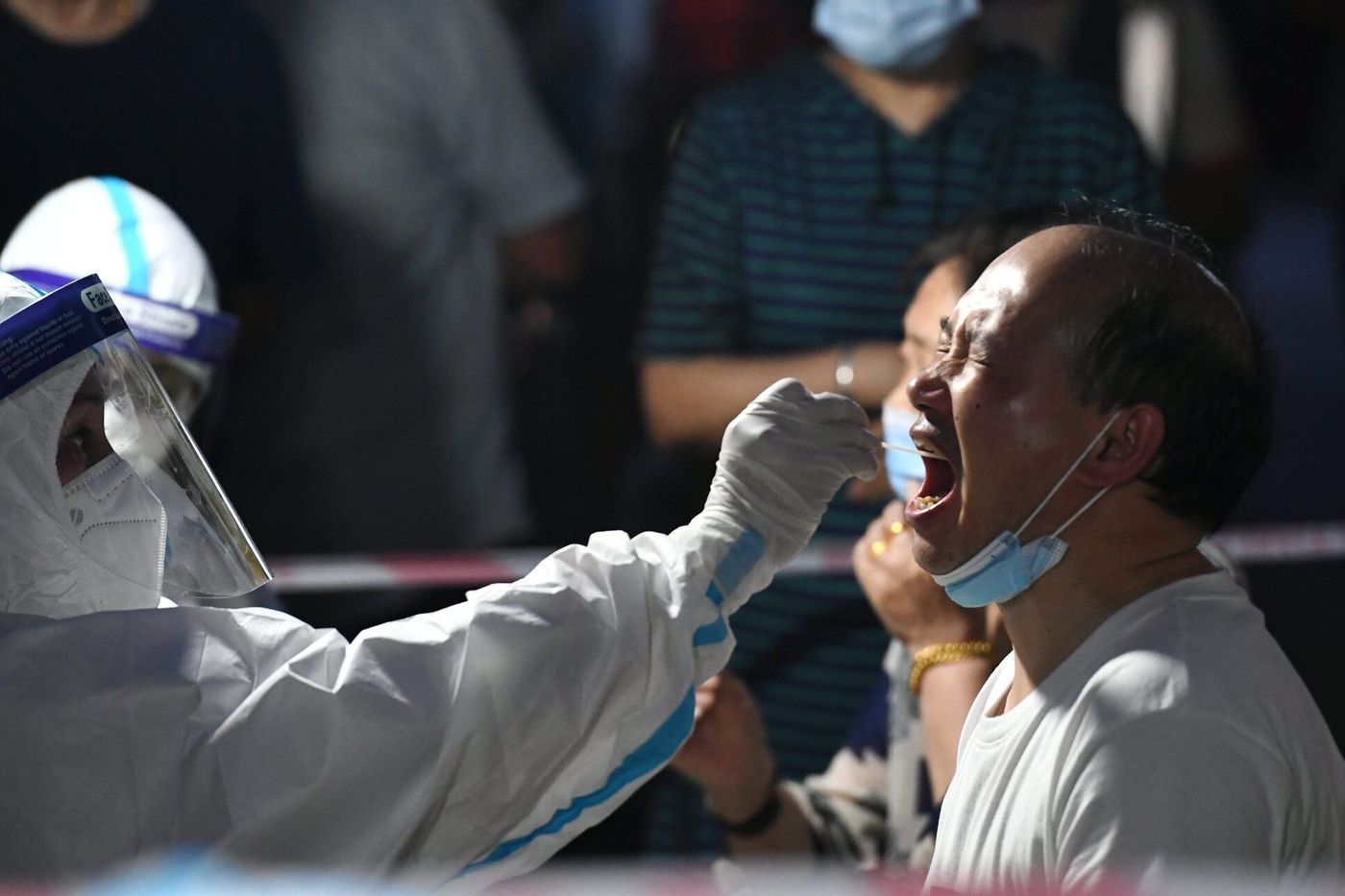 “Forty million French people have received at least one dose of vaccine, or nearly 60% of the population”, announced Monday, July 26 in a tweet Emmanuel Macron, who is currently in French Polynesia. “It is together that we will defeat the virus. We continue ! “, he added.

Together we will defeat the virus. We continue ! pic.twitter.com/zzrSkAx5M7

→ VERIFICATION. “The side effects of vaccines are more serious than the Covid”: true or false?

According to the Ministry of Health, the French are nearly 50% (33.2 million) to have a complete vaccination schedule. The Prime Minister, Jean Castex, who had set himself the objective of these 40 million before the end of July, has already set the next course at 50 million first-time vaccinated at the end of August.

► Health bill: the Constitutional Council will rule on August 5

New health measures were announced Monday by the prefect of Haute-Corse, François Ravier. Among these restrictions: the ban on gatherings of more than ten people on beaches and natural spaces after 9 p.m., the obligation to declare weddings or birthdays of more than 50 people at the prefecture, the “Return of the mask in dense spaces” in Bastia, Corte, Calvi, Île Rousse, Calenzana and St Florent. The prefect has also extended the closure of bars and restaurants at midnight to the entire department.

In the Alpes-Maritimes, the prefecture has reinforced the obligation to wear a mask, which thus becomes compulsory in a large part of the public space, with the exception of natural spaces, urban green spaces, beaches and plans d. ‘water. The consumption of alcoholic beverages is banned from the public highway, as is the music amplified in this space and on the terraces of establishments open to the public.

# COVID19 | ℹ️ Clarification on the distribution of amplified music.
The ban does not apply to:
➡️the festivities organized at the initiative of public authorities
➡️ cafes, bars and restaurants and their terraces, where sanitary protocols apply.

► In China, daily record of patients since January

China reported 76 new Covid patients on Monday, a record number since January. Most of these cases have been recorded in Jiangsu, a province bordering Shanghai, in eastern China.

→ DEBATE. Covid-19: is China’s attitude preventing finding the origin of the virus?

The first country to face the coronavirus at the end of 2019, China has virtually eradicated the disease on its soil since the spring of 2020 and life there has since largely returned to normal. A success obtained thanks in particular to massive screenings, strict confinements or the compulsory placement in quarantine of all people coming from abroad.