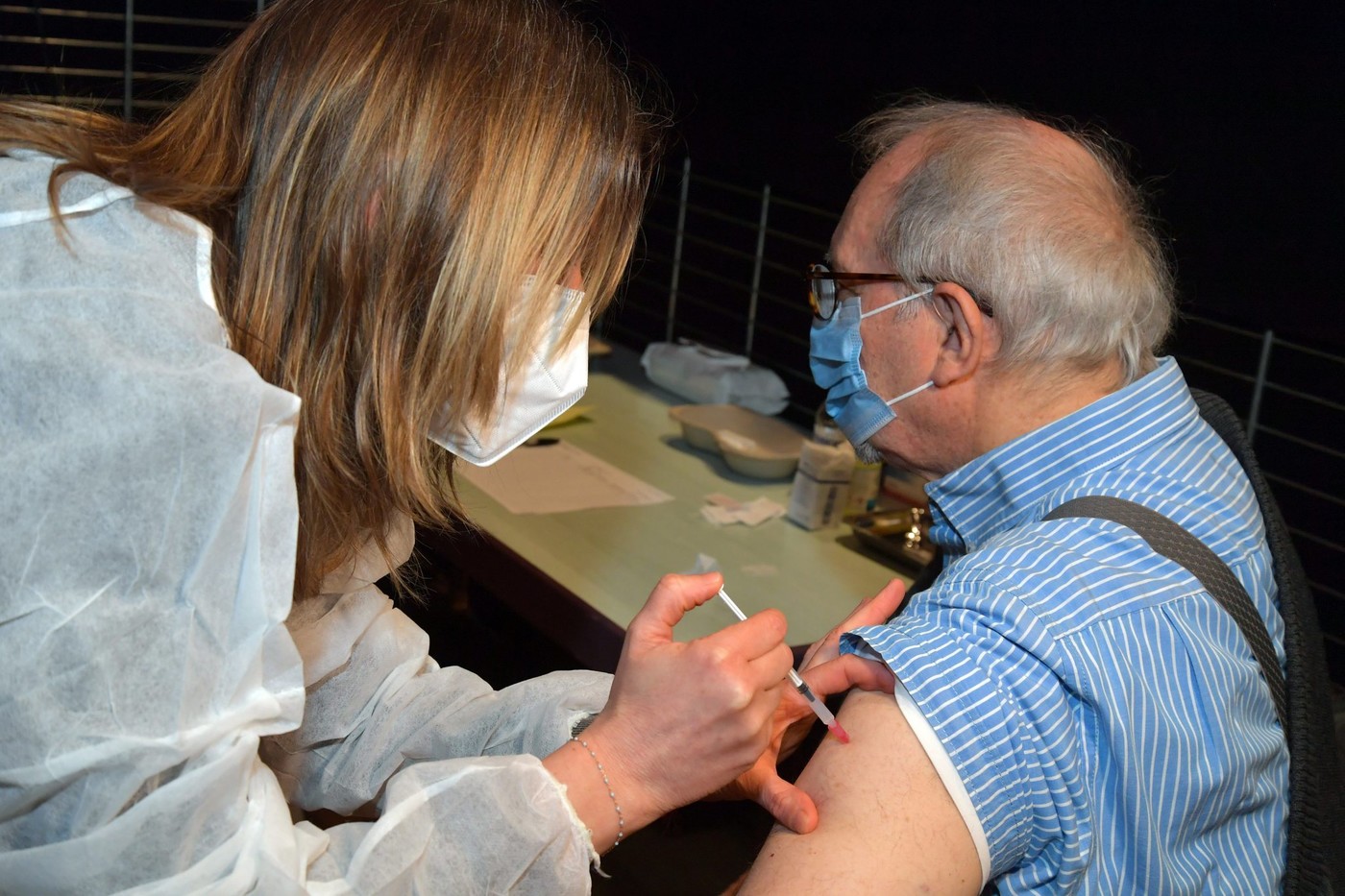 AstraZeneca’s vaccine against Covid-19, the third to be authorized in France, can be administered by pharmacists and midwives in addition to nurses and doctors, the High Authority for Health (HAS) recommended on Tuesday.

→ READ. Covid-19: AstraZeneca’s vaccine reserved for people under 65 for now

Due to a lack of data currently available on its effectiveness in this age group, it is not recommended for people over 65 years of age.

In total, around the world, at least 101 million injections of the Covid-19 vaccine have been carried out in at least 77 countries or territories. Israel is by far the most advanced country, with more than a third of its population (37%) having already received at least one dose. In absolute terms, the United States is leading the way, with 32.2 million doses administered to 7.9% of its population.

Other good news, results published Tuesday, February 2 in the medical journal The Lancet and validated by independent scientists, indicate that the Sputnik V vaccine, about which Russia had been accused of lacking transparency, is 91.6% effective against symptomatic forms of Covid-19.

The American pharmaceutical group Pfizer announced for its part that the sales of its vaccine, developed in partnership with BioNTech, will reach approximately 15 billion dollars in 2021, which makes this vaccine one of the biggest “blockbusters” of the history of pharmacy.

The first results in the Paris region of the survey intended to assess the presence of the more contagious variants of the new coronavirus in France “Are not good”, according to Rémi Salomon, president of the medical commission of the Public Assistance-Hospitals of Paris (AP-HP).

“We were more at around 6% on January 7 and we climbed to 15/20% last week”, he explained. “It’s exponential growth” and “He will become dominant, as we know, in the two weeks, the next four weeks”. “And since it is 40 to 70% more contagious, there will be an acceleration of the epidemic if we do not significantly do anything more”, according to this specialist.

► Relaunch of teleworking, meals taken directly at the workstation

The government on Tuesday called on employers and employees to “Remobilize” to strengthen teleworking in companies, while a study shows a certain “Erosion” home work.

→ EXPLANATION. Covid-19: the canteen is lacking for teleworking employees

Moreover, while the Labor Code currently prohibits companies from “Let workers take their meals in the premises assigned to work”, the ministry said it wanted to change the law to allow employees who work face-to-face to eat at their desk.

Medicare said Tuesday it receives 3,000 requests per day for derogatory work stoppages for people with symptoms of Covid-19. This device, which requires employees to do a PCR test within two days, has been in place since January 10.

“A little over 30%” applicants “Have had a positive test result”, a rate “Very clearly superior” the 6% to 7% recorded at the national level, which confirms that the service “Is well used by policyholders whose condition suggests contamination”, indicates Medicare.

The positive screening of a single kindergarten student will now suffice to cause the closure of his class, according to the latest health protocol published by the Ministry of Education, which thus adapts to the appearance of variants.

► A petition to reopen the museums

A hundred officials of museums and art centers asked the government on Tuesday to be able to partially reopen and to be among the first to benefit from the lifting of a new confinement, if it were to take place.

→ MAINTENANCE. “Why not reopen museums for children? “

This made it possible to transform the current difficult period into a “Cultural and learning winter”, pleads the petition already signed by nearly 100 directors and presidents of these cultural institutions.

► Olympic Games in Tokyo “whatever happens”

“We need to move beyond debates about whether to hold them or not. The question is how we will organize them ”Yoshiro Mori, president of the Japanese Organizing Committee for the Tokyo Olympics, said on Tuesday. This declaration comes as the Japanese public authorities have announced a one month extension of the state of emergency in several departments of the country (including Tokyo and its suburbs).