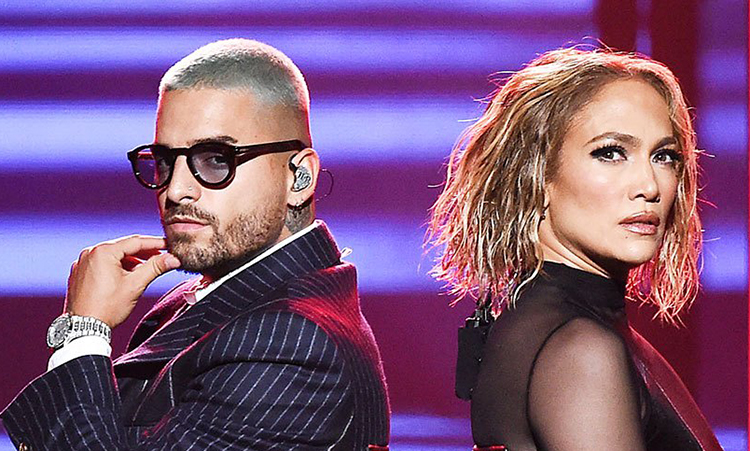 This year’s awards ceremony was held at the Microsoft Theater in Los Angeles on the morning of November 22 (Vietnam time) with the participation of many music stars. Although taking place in the context of Covid-19 with a limited audience and guests, the program still marked with impressive performances, spread on social networks.

Katy Perry returned after more than three months of giving birth. She wore discreetly, showing off her sweet voice on acoustic music. Her clear voice blends with the rustic, masculine voice of black artist Darius Rucker. They sing about their desire to live, love wholeheartedly. On Youtube, many viewers said the performance of Katy Perry and Darius Rucker was the best performance of the awards night. “I like Katy Perry because even though she doesn’t dance, she is still explosive and energetic,” commented audience Aylin.

“The Queen of Latin Music” Jennifer Lopez brings a hot, vibrant performance with Colombian singer Maluma. They performed two songs – Pa ‘Ti and Lonely, soundtrack Marry Me (released next year). She wears lingerie, shows off sexy dances. At the end of the performance, Jennifer Lopez also performed the “chair dance” (dance on the chair) with the dancers.

Justin Bieber sings Lonely, Holy then harmonized with Shawn Mendes on their latest track – Monster. The new song came out on November 20, about their growing up experience. The performance also marked the return of Justin Biber with the AMAs awards ceremony after four years. The appearance of two “love princes” makes fans excited. On Twitter, many fans praised the performance “sweet”, “deep”.

BTS’s performance was recorded at Jamsil – Korea’s largest stadium, then broadcast at the awards ceremony. BTS performs the ballad Life Goes On, then exploded with a lively track Dynamite. At the end of the performance, many fireworks burst out, recreating the brilliant images of the group’s previous concerts. After the show, BTS fans praised them for their confident and professional performance. On Twitter, the keyword “BTS world domination” (BTS dominates the world) is on the top popular keyword. 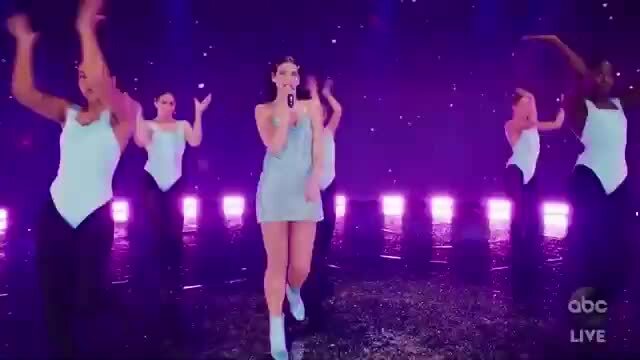 Dua Lipa performs at the AMAs 2020

Dua Lipa wore a sparkly dress, in the same color as the dancers, sang a lively song Levitating (Fling). The song is about a dream to shine, like stars in the middle of the galaxy. At the end of the show, she swings in the air, the LED screen shows the sky. On Twitter, many viewers complimented the show was beautifully orchestrated.

The American Music Awards (AMAs) is an annual event to honor artists with outstanding achievements in the American music industry. The award was founded by Dick Clark in 1973. Unlike the Grammy award, which was awarded on the basis of votes of members of the National Academy of Recording Arts and Sciences, the AMA was decided by audience polls. .