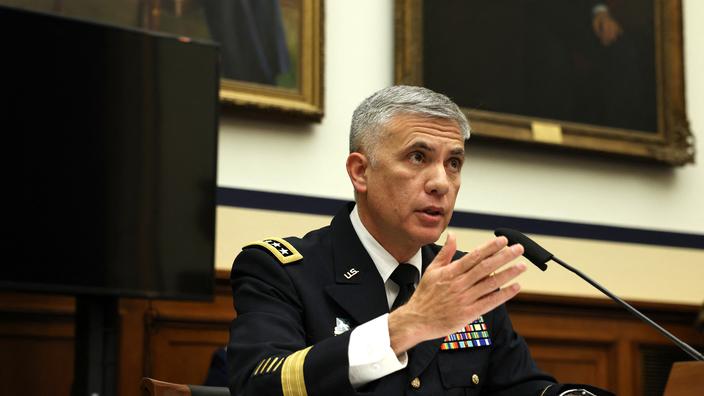 The two giants are desperate to win the juicy tenders launched by the US government in the cloud.

A loan for a return. Amazon and Microsoft are engaged in a merciless trade war to win the juicy US Defense tenders. United States oblige, the confrontations take place as well on the commercial ground as legal, with great support of lawyers. One only needs to win a deal for the other to challenge it in court!

Read also :Amazon: AWS, the cloud division at the center of the expansion strategy

The National Security Agency’s (NSA) $ 10 billion tender is no exception. The project “ WildandStormy ”from the NSA was won by Amazon Web Services (AWS). The mission would focus on modernizing the NSA’s data storage system, according to the Washington post. Few details were given on the real nature of the benefits. But the choice of Amazon by the American authorities is in turn contested by its rival Microsoft, who believes that if the tender had been conducted correctly, AWS would never have won this contract.

The appearance of a counter-attack

Microsoft’s reaction takes on the appearance of a counterattack in a war of attrition. The first episode of the case dates back to the end of 2019.

Microsoft then won a contract, also for $ 10 billion and relating to cloud services, as part of a joint venture for dedicated defense infrastructure, by the acronym Jedi (Joint Enterprise Defense Infrastructure). Amazon, an unsuccessful candidate, lodged a complaint and the contract was finally canceled last June. In the end, the US Department of Justice announced a division of the contract into two parts, one awarded to Microsoft, the other to AWS. What to explain the annoyance of Microsoft.

Neither of the two rivals is ready to cede part of its empire to the other, when tens of billions of investments could be made in the years to come. The Pentagon nevertheless poses as the guardian of the galaxy, claiming that the two American behemoths are the only cloud service hosts “Capable of meeting the expectations of the Department of Justice”.

Microsoft’s action symbolizes the duel between the two cloud giants to get their hands on juicy rents. Microsoft bears all the less the setback it has just suffered as, unlike the former Jedi contract, that of the NSA is awarded in a single block to a single service provider. A feature that immediately gave way to suspicions of favoritism.

The stakes go far beyond these trade agreements. The first to enter the stronghold of American Defense will have a clear advantage over his rival to win the following contracts. AWS has already won a first contract of $ 600 million in 2013 with the CIA. This has enabled it to strengthen its know-how in the management of secret-defense and top secret data.

In addition, U.S. government spending has been a huge boon to local businesses for decades. The United States has built the hegemony of its private tech groups on public funds. GPS, to name but one, was first a military project. The consequences for the companies of the attribution of these contracts of State transcend the borders of the country: they base their power.

Finally, Americans have understood that in order to take key markets abroad, whether public or private, you must first prove yourself at home. What the Europeans, attached to the preservation of competition, have shown themselves to be much less sensitive.