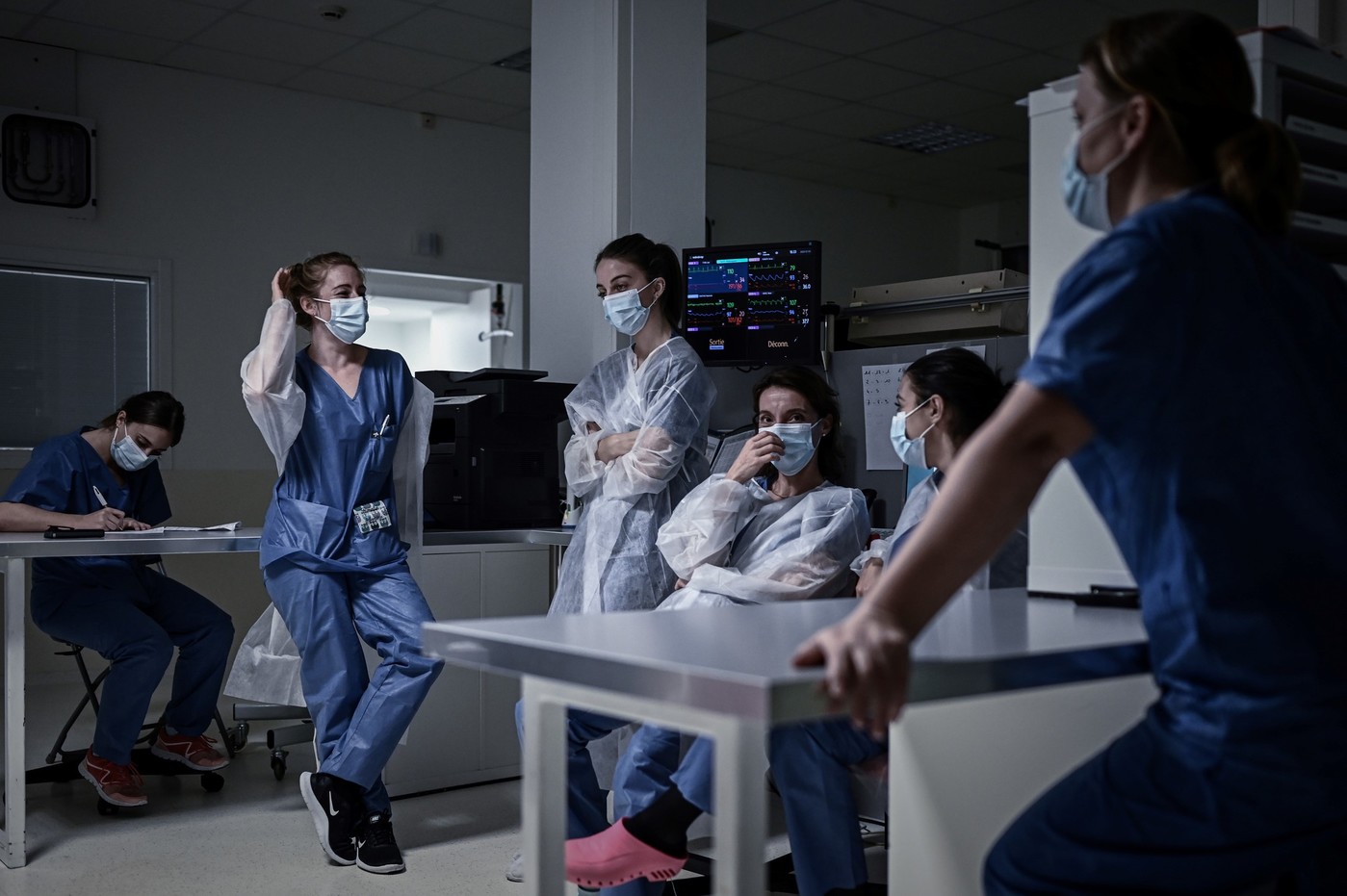 This year, Christmas will have the flavor of a vigil of arms for caregivers in intensive care. There will be a shared meal from the 24th in the evening, the ” hats that flash “, the ” plastic tree and its ugly balls »Which take pride of place in the services, the garlands responsible for bringing a little warmth to these places where death is never far away, the small gifts that we exchange on the occasion of a« Secret Santa »… But nothing helps. ” The third wave lurks “, Whisper nurses and doctors, tired at the very idea of ​​announcing the possibility of this news” slap “.

On the war footing

The number of new cases of coronavirus does not evolve as expected, the curves remain on a high plateau with the approach of holidays which may cause the circulation of the virus to start up again and, in a few weeks, the entries in intensive care . ” We expect a worrying rebound in mid-January. To stay operational, very few intensive care units are closing beds for Christmas », Explains Jean-Michel Constantin, head of the intensive care unit at Pitié-Salpêtrière (Paris). Everyone remains on a war footing, as in the surgical intensive care unit of the Bichat hospital in Paris, which no longer welcomes Covid patients but “ did not return all the material loaned by the biomedical store, in case it flares up again », Says Nicolas, nurse.

In its last point published on Thursday 17, Public Health France noted a slight increase in admissions in intensive care even before the end of the second confinement. In Bordeaux, the CHU observes a “ increasing trend in hospitalizations “And confides” prepare for more Covid patient arrivals after the holidays “. In Lyon, the Hospices Civils – which brings together 14 establishments – have activated ” 184 intensive care beds “, against ” 135 beds Usually, announces the general manager Raymond Le Moign. In Bourgogne-Franche Comté, hospitals are under pressure and patients have been transferred to other regions. Île-de-France seems more spared for the moment.

For caregivers on call at Christmas, there is no question of being demoralized. On the New Year’s Eve program, a trendy dinner: 3 to 4 people maximum, 1 meter apart, we anticipate on the side of the intensive care unit of the Rothschild Foundation hospital in Paris. ” Usually, large tables are set up in the middle of the service to keep an eye on the scopes at all times. (surveillance monitors, Editor’s note), but this year, it may be a bit complicated », Admits Idris Amrouche, anesthesiologist at Dijon University Hospital.

However, working during the holidays is not unusual for caregivers: “ Resuscitation operates 24 hours a day, 365 days a year. There are no Sundays and public holidays! », Depicts Eric Maury, member of the medical intensive care unit of the Saint-Antoine hospital (Paris). ” For several years, I have to choose between New Years Day and Christmas, it has become the norm, supports Idris Amrouche. You only realize this by talking to people from the outside! “There is everything even this year” physical fatigue “Particularly intense, and” especially weariness “:” The Covid, we eat it morning, noon and night », Breathes Éric Maury, also president of the French language intensive care company (SRLF)

The workforce is shrinking

In hospitals where caregivers interviewed by The cross, those who took vacations were not forced to return urgently or to postpone them. ” They had to be guaranteed this week off given what they went through », Explains Raymond Le Moign in Lyon.

A welcome parenthesis before returning to the “first line”. Especially since the workforce, sometimes, is shrinking. At Bichat Hospital, “ the students who came as reinforcements returned to school on January 4 ”, describes Nicolas, the nurse. In Charleville-Mézières, in the Ardennes department – particularly affected -, “ the interim staff are gone, so five beds were closed and patients were refused », Regrets Valentin de la Noue, intern. Many would dream of obtaining reinforcements and more resources under the tree to face the months to come. A nurse summed up: ” I can tell you that the third wave would knock us out. “